IT'S a question that has sparked heated debate: should doctors call overweight people "fat"?

According to a new study, the answer is no – because the term "obese" could provoke negative emotions in patients. 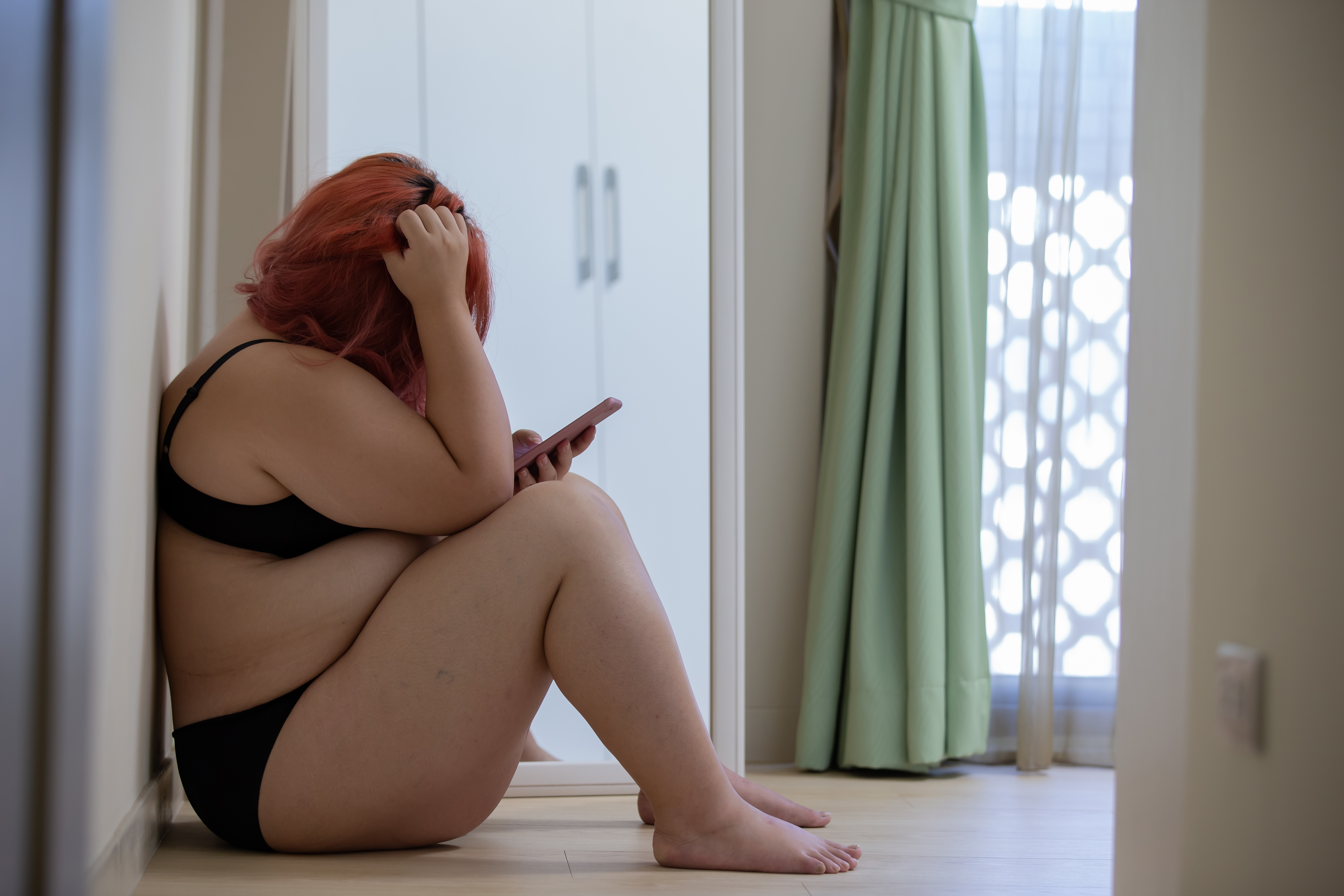 Instead, people preferred health professionals to use “unhealthy weight” or “overweight", according to the survey by the University of Leeds, and presented at the European and International Congress on Obesity.

Here, after Good Morning Britain's Susanna Reid insulted her "chubster" co-host Piers Morgan to encourage him to lose his lockdown weight, Steve reveals why doctors must be blunt with patients. 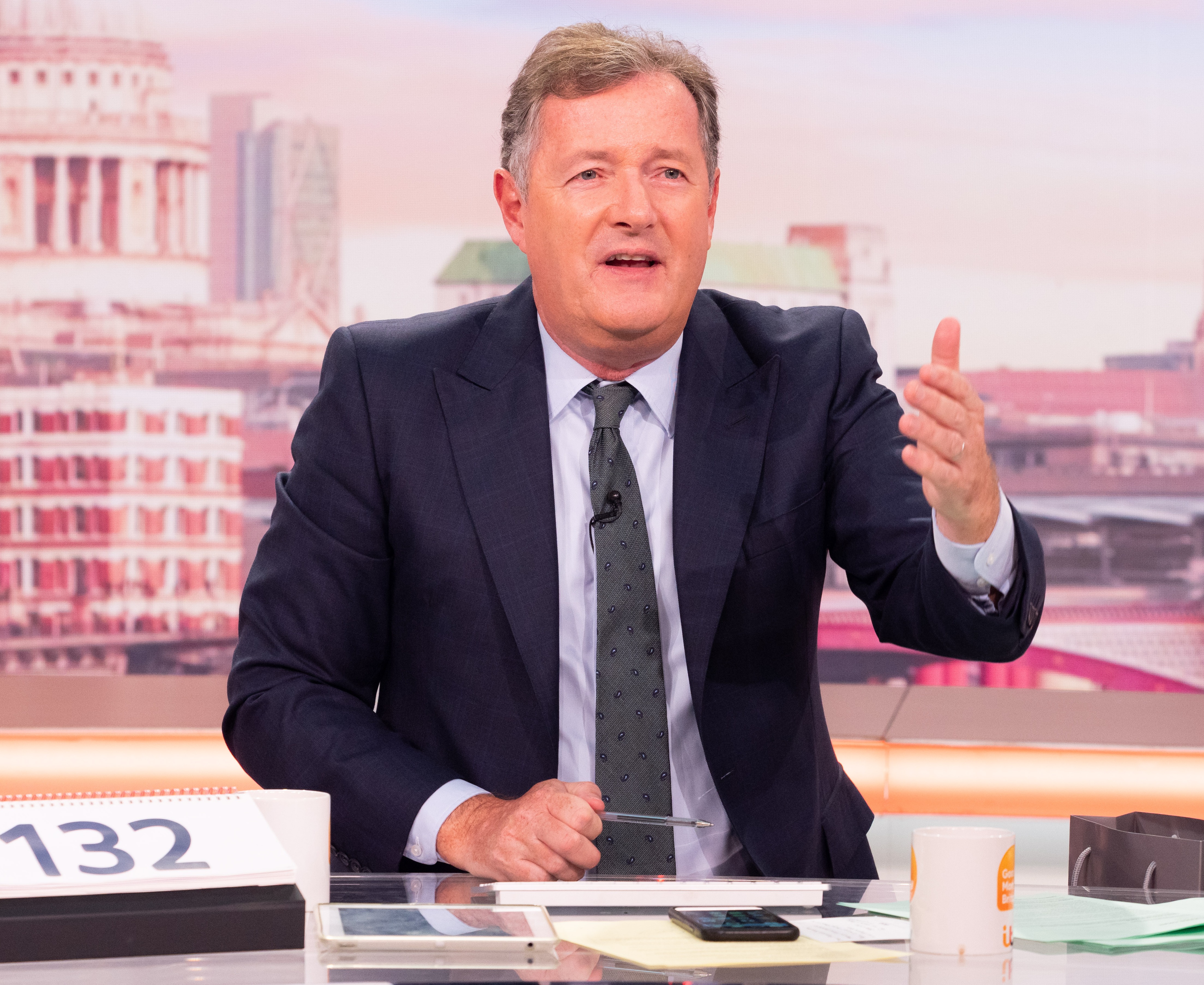 He says: “I believe the word fat won’t hurt us – but being fat will potentially kill us.

In the UK, we have normalised being fat. We put unhealthily obese women on the covers of magazines and celebrate them.

We are afraid of saying someone is overweight for fear of being accused of ‘fat shaming’.

Of course we have to be sensitive, I’m not advocating running round the streets, shouting: ‘Oi fatty'. But by not addressing it, we are feeding the problem.

I’m not advocating running round the streets, shouting ‘Oi fatty'. But by not addressing it, we are feeding the problem

Health professionals can be the catalyst. They have a responsibility to their patient and they are in a position where they can, and should, warn people that they are killing themselves.

Being fat puts you more at risk of type two diabetes, heart attacks, strokes and cancer. And we now know people who are overweight are more likely to die from coronavirus, by nearly 50 per cent. 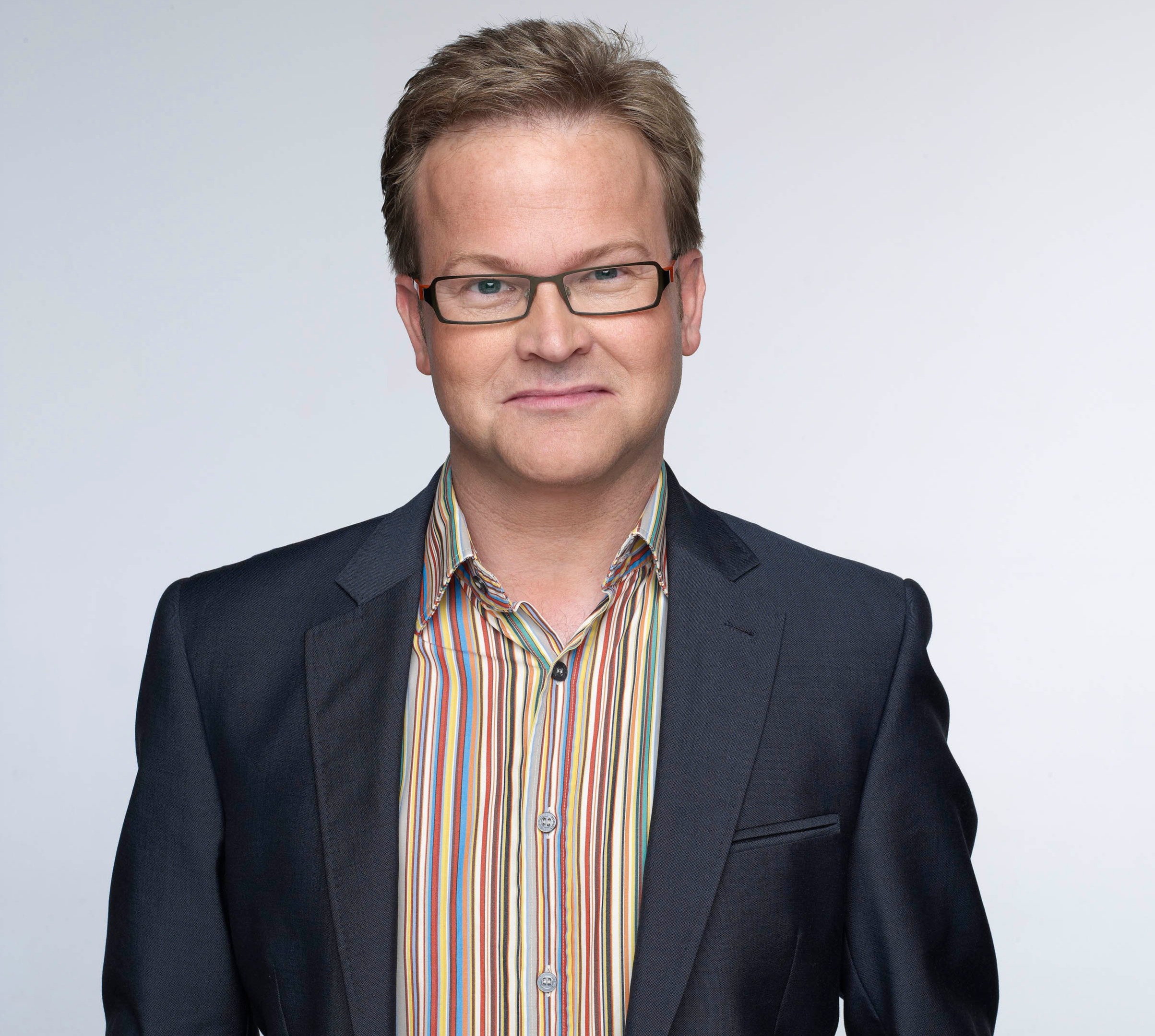 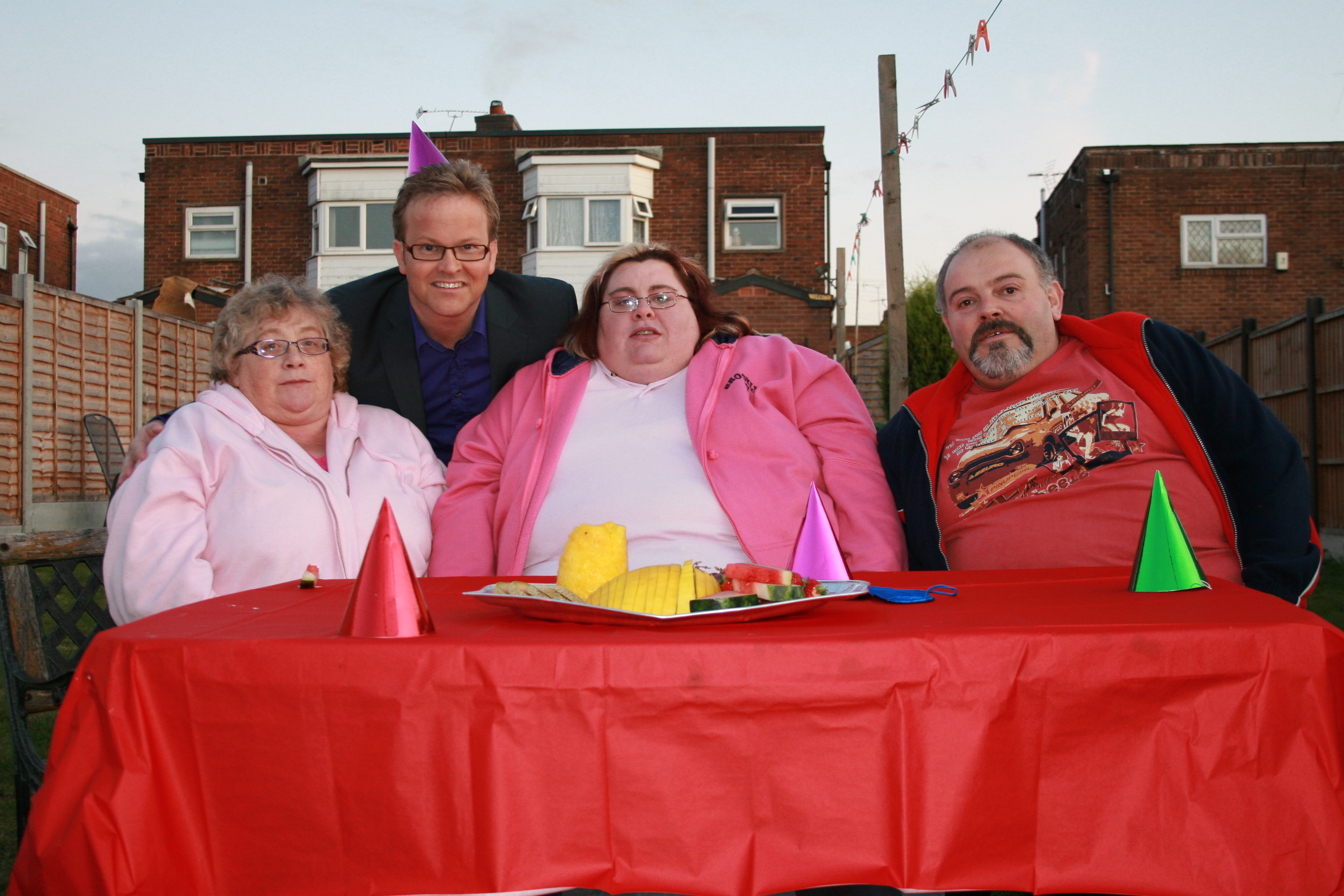 Being fat is a serious problem and doctors need to be blunt with people. We need them to say: "If you want to see your children and grandchildren grow up, then you need to lose weight".

As a society, we have become too used to making excuses for being overweight. People say it’s too expensive to eat healthily which is cobblers.

The Institute for Economic Affairs has compared prices and proved it’s cheaper to eat healthily. Supermarkets like Aldi actively promote their cheap fruit and veg.

Some blame a ‘fat gene’, which I also think is rubbish as you won’t see a fat person in a famine.

We use the term ‘emotional eating’ as a get out, but that is a serious mental problem, not something to fling about when you’ve had a bad day. 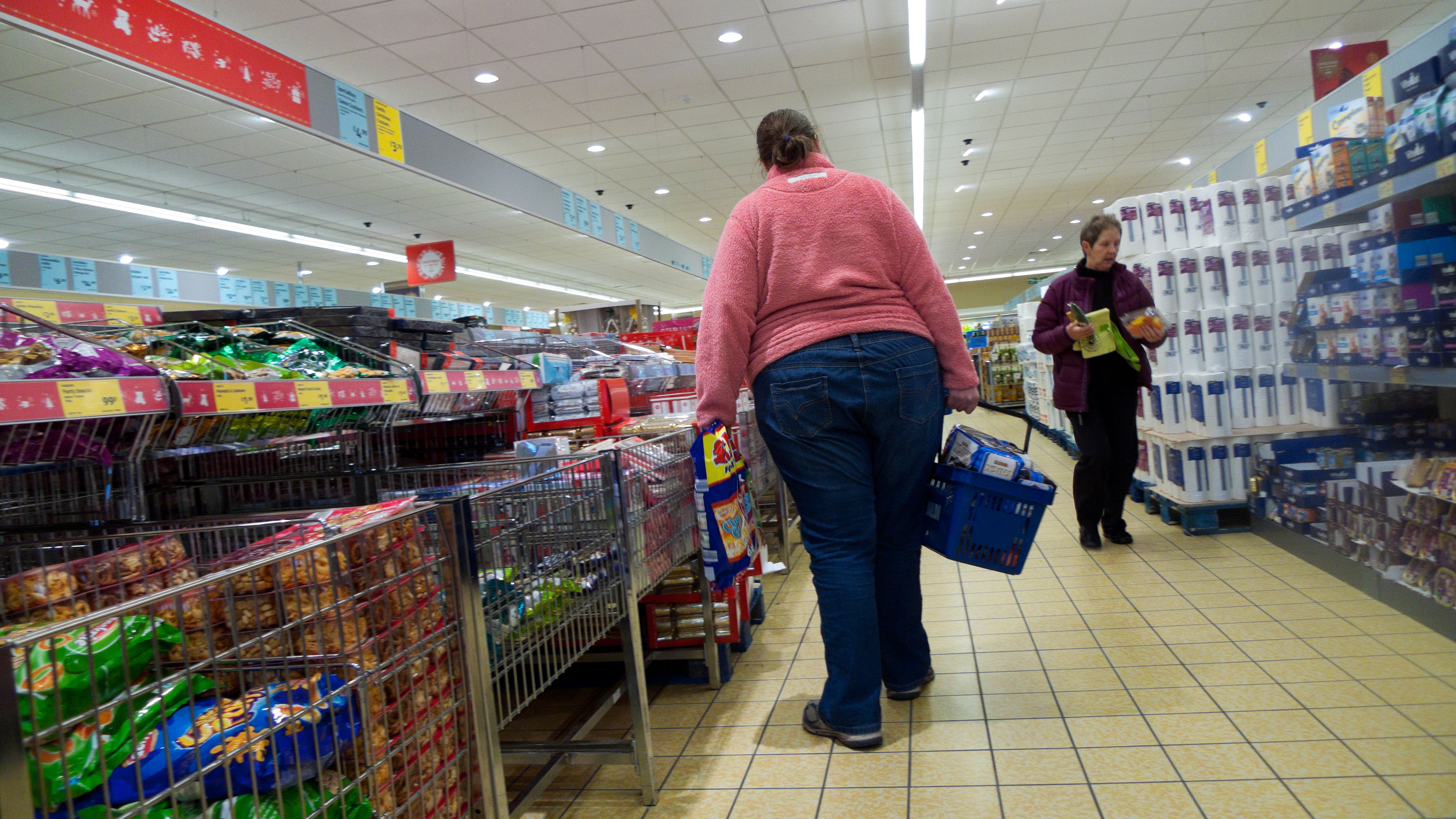 People blame certain medications, but I’ve treated hundreds of ladies who have underactive thyroids or polycystic ovaries and although it might be more challenging to lose weight, it can be done.

We have to get away from these excuses and address the matter head on.

We should also stop our negative attitudes to losing weight. We start off all doom and gloom about going on a diet, but what we should really be doing is celebrating the fact we’re going to be slim.

If your partner asks ‘Does my bum look big in this?’ you can say, ‘Yes it does at the moment but we can sort it'

I’m not saying doctors should be brutal. People are sensitive about their weight but this conversation can be done gently and should come with encouragement.

If you’re saying it to a loved one, you might say: "You’re too gorgeous to be fat".

If your partner asks: "Does my bum look big in this?" you can say, "Yes it does at the moment but we can sort it". Do it with an arm around their shoulders and inspire them. 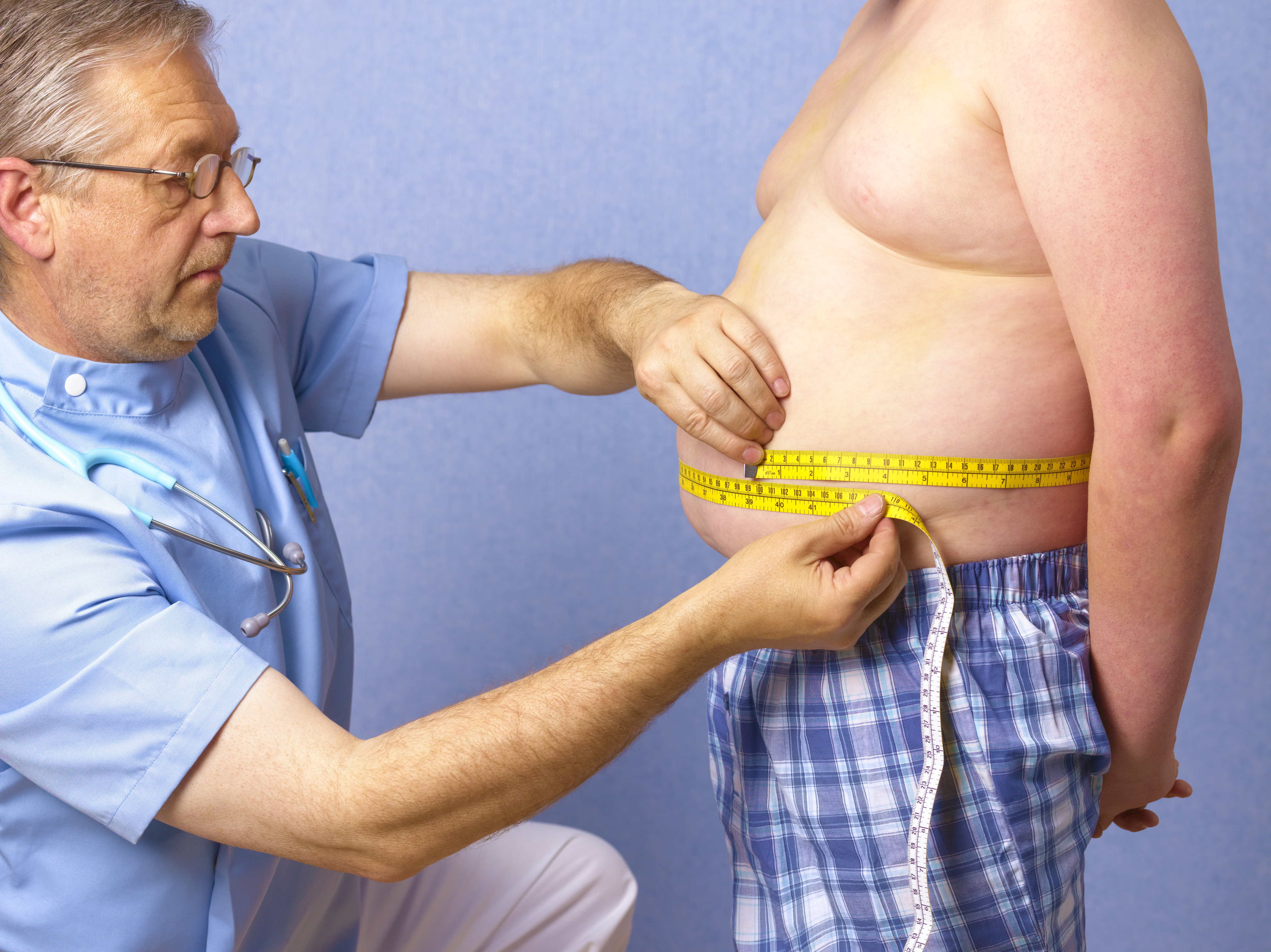 Snowflakes love to use the term 'fat shaming'. Even Cancer Research was accused of it after they launched a campaign highlighting obesity as one of the major causes of cancer.

It’s a convenient term used by people who don’t want to talk about obesity. 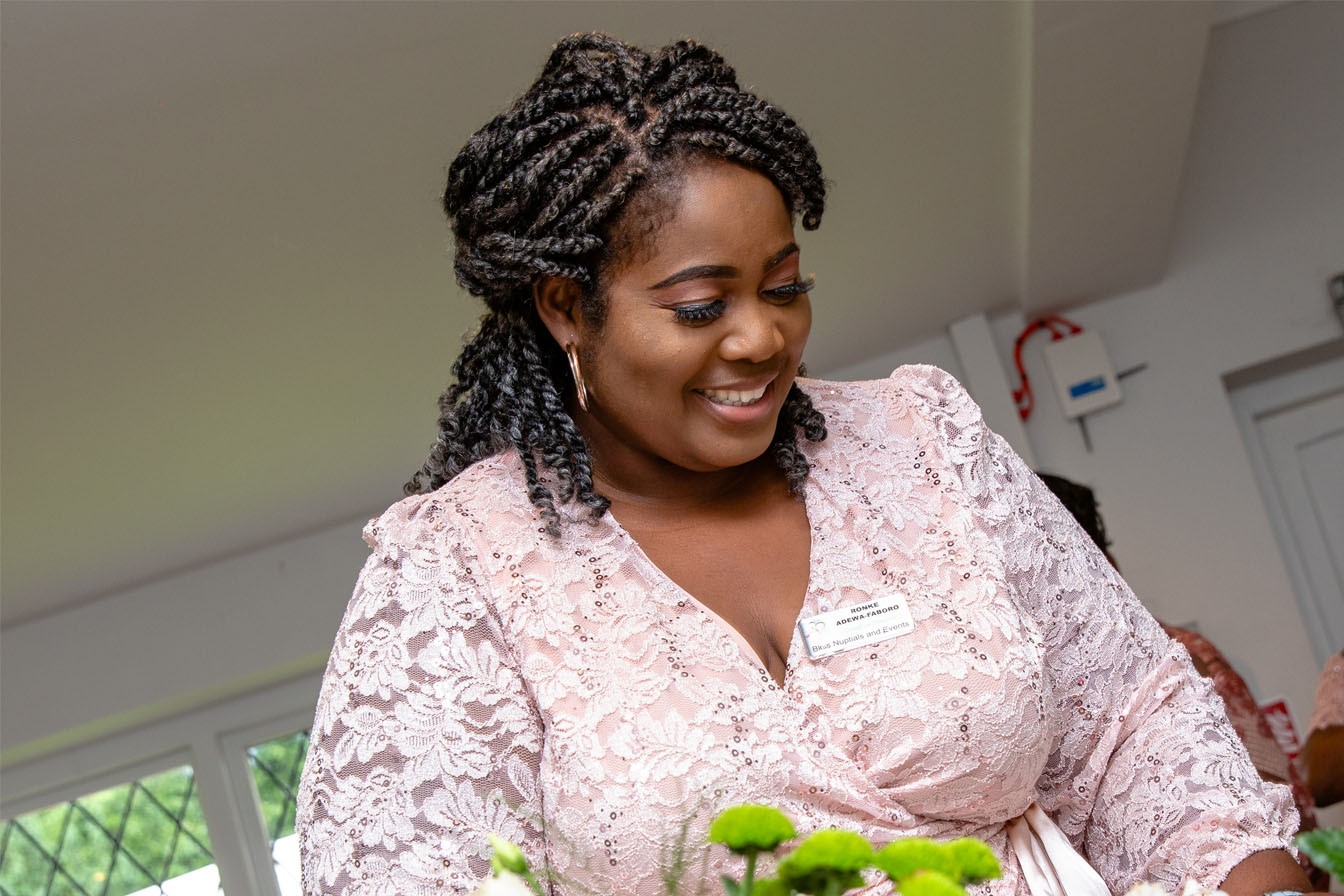 Wedding planner Ronke Adewa Faboro, 42, from Essex, has been overweight her entire life.

Here, Ronke, who runs the wedding and events planning company Bliss Nuptials and Events, explains why labelling someone “fat” or “obese” can result in devastating consequences – including sending them down a yo-yo dieting rabbit hole.

She says: “I have been overweight/fat – whatever you want to call it – all my life.

Throughout my late teens, 20s and into my mid-30s, I was constantly reminded that I am not ‘normal’. Over the past decade, I had to make peace with who I am and learn to love myself again and I am much happier now.

What people do not tend to see is the fact that I am healthy and, most importantly, I am happy. Most times, I refrain from going to the doctor’s because their default position when they see my appearance is ‘you need to lose weight’ or ‘you are overweight’, never mind that I only went in for my flu jab!

What they fail to take into account with me is that I am of an African descent and my body type is different from someone of a South Asian descent, for example. In fact, recently, a consultant told me not to worry as my results are normal once they take into account my ethic background.

I do not mind what language the doctor uses so long as it is in context to what I went to see them for. But more importantly, [they should] be more aware that for impressionable individuals, it can be the difference between depression and mental well being.

I am all for healthy human beings; fat, slim, petite, tall and everything in between. Being happy and healthy in my opinion is much more important than the size you are.

By not talking about it, we are ignoring a potentially fatal problem.

I used to be 15-and-a-half stone, and at 5’7”, that’s not healthy. I looked like a question mark, with my belly and my bum poking out.

I was down to just one shirt that fitted.

One day I was in the pub with my very attractive partner and I could see what people thought. One guy blew his cheeks out at me, like blowing a raspberry to indicate how fat I was, and it was the best thing that happened to me. 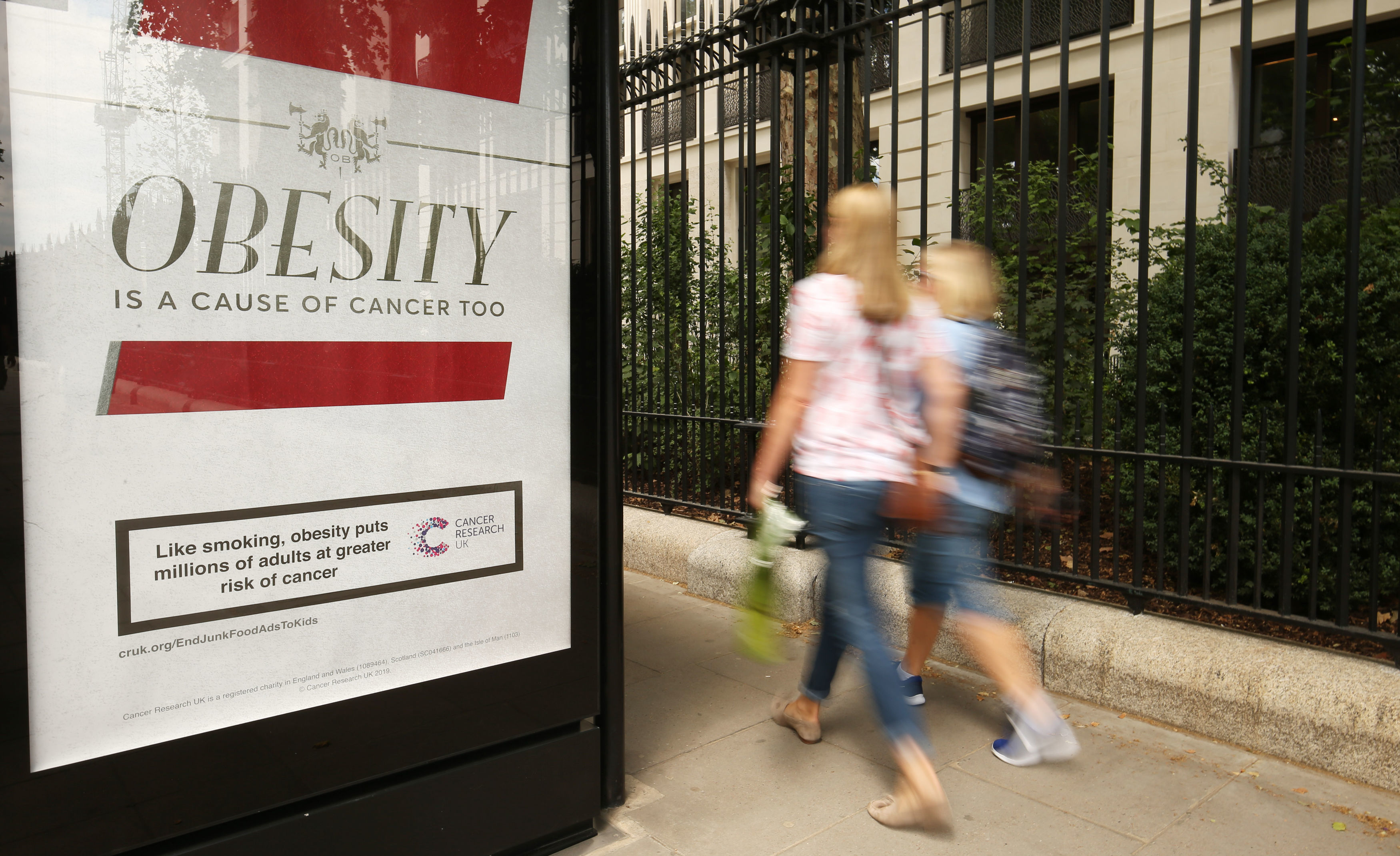 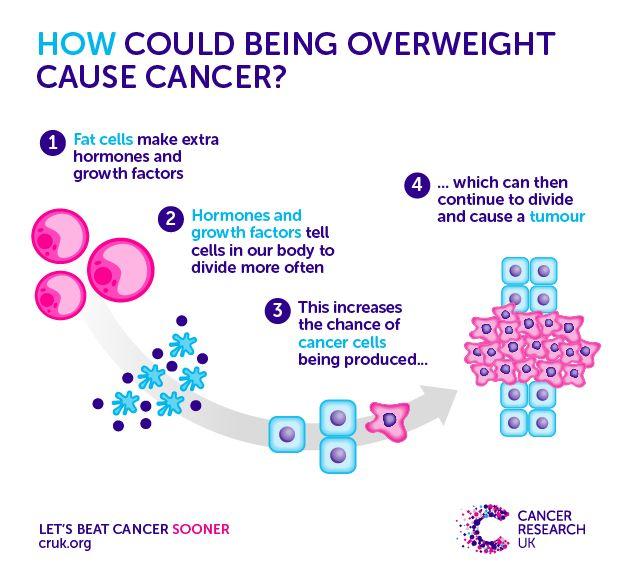 I could have been a victim and nothing would have changed. But instead, I chose to use that experience as a real tough kick up the backside and I did something about it.

We are too scared to address the problem here.

If you look at Japan, only four per cent of the population is obese, compared to two thirds of Brits being overweight or obese.

It’s not because of their diet, they have fast food joints there too, it’s because they have a healthy cultural aversion to being too fat. 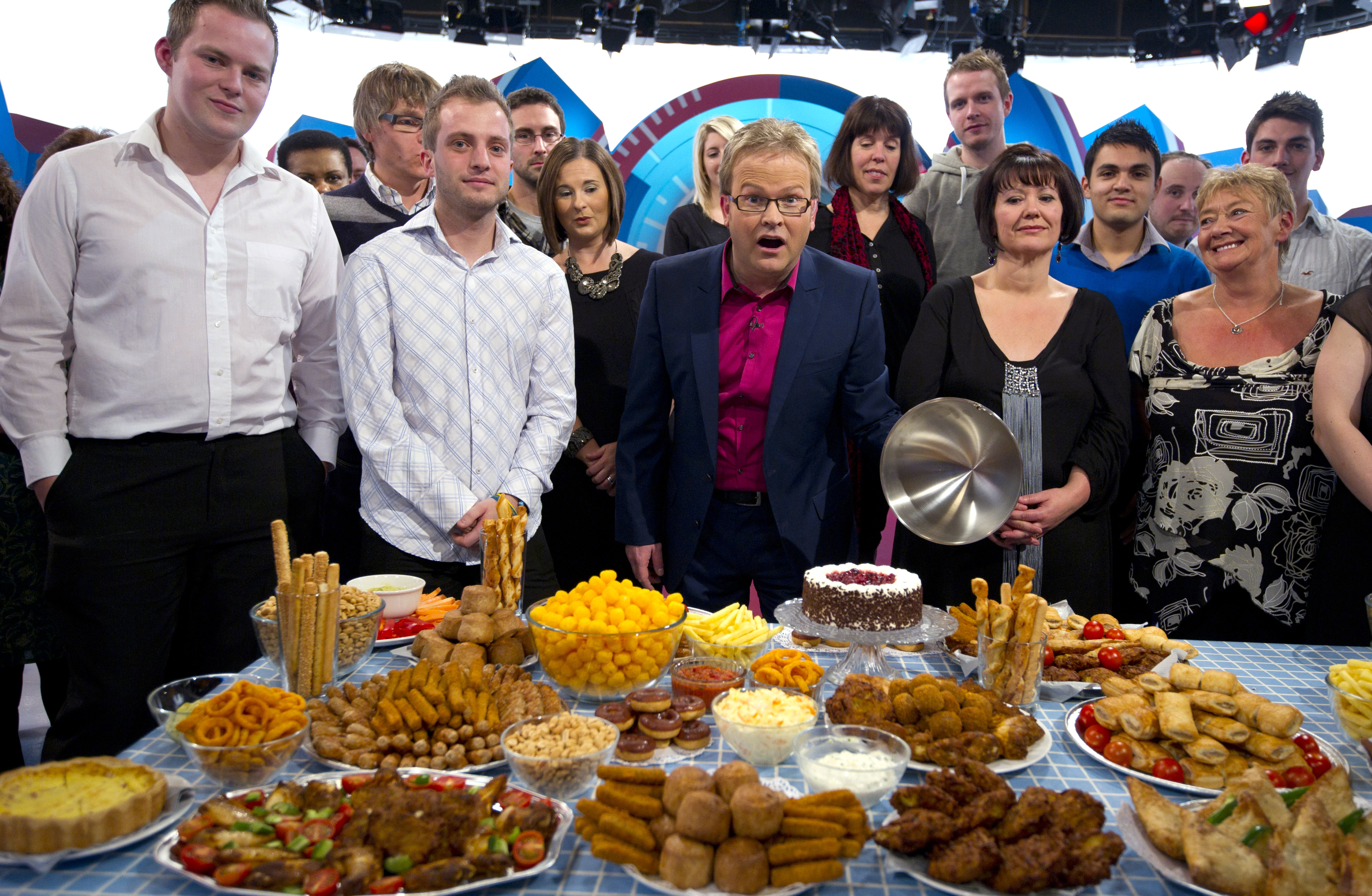 Soft measures don’t work. I’m not advocating getting rid of all the campaigns and education, but when people need to change, they need to feel it in their emotions.

There are two things you need for that: a constructive aversion to being fat and one hell of an aspiration for being slim and more confident.

Doctors are perfectly placed for bringing about that change. It’s their duty to look after their patients, and we should encourage them not to be afraid of using the word ‘fat’.”