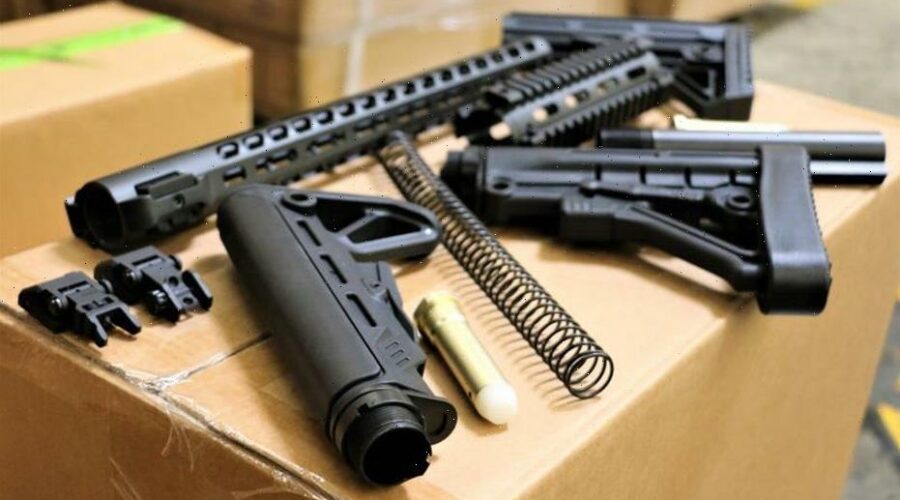 California Democratic officials are pushing back after a federal judge in San Diego overturned the state’s 32-year ban on “assault” weapons, and in doing so, compared the type of gun to a Swiss Army knife.

In a 94-page ruling issued on Friday, U.S. District Judge Roger Benitez of San Diego argued that the state’s definition of illegal military-style rifles unlawfully deprives law-abiding Californians of weapons commonly allowed in most other states and by the U.S. Supreme Court.

California has some of the strictest firearms laws in the nation, and Benitez argued that the three-decade-old ban on “assault” weapons is a “failed experiment” and deprives citizens of their Second Amendment right to bear arms.

“Like the Swiss Army knife, the popular AR-15 rifle is a perfect combination of home defense weapon and homeland defense equipment,” Benitez wrote in the first paragraph. “Good for both home and battle, the AR-15 is the kind of versatile gun that lies at the intersection of the kinds of firearms protected under District of Columbia v. Heller and United States v. Miller. Yet, the State of California makes it a crime to have an AR-15 type rifle. Therefore, this court declares the California statutes to be unconstitutional.”

“Today’s decision is fundamentally flawed, and we will be appealing it. There is no sound basis in law, fact or common sense for equating assault rifles with Swiss Army knives – especially on Gun Violence Awareness Day and after the recent shootings in our own California communities,” Bonta said in a statement. “We need to take action to end gun violence now. We will fight this ruling and continue to advocate for and defend common sense gun laws that will save lives.”

Newsom said the decision “is a direct threat to public safety and the lives of innocent Californians, period.” He argued that “the fact that this judge compared the AR-15 – a weapon of war that’s used on the battlefield – to a Swiss Army knife completely undermines the credibility of this decision and is a slap in the face to the families who’ve lost loved ones to this weapon.”

“We’re not backing down from this fight, and we’ll continue pushing for common sense gun laws that will save lives,” the governor added.

After several mass shootings during his first months in office, President Biden announced in April that his administration would take steps to address “gun violence as a public health epidemic.” He cited the mass shooting in Boulder, Colorado, that killed 10 and the shooting at a string of Atlanta spas that killed eight. The president referenced the historic spikes in homicides in cities across America.

Another mass shooting happened in California last month at a San Jose rail yard where a shooter opened fire and killed nine coworkers before turning the gun on himself. Authorities said he was armed with three semiautomatic 9-millimeter handguns and 32 high-capacity magazines loaded with additional ammunition, the Los Angeles Times reported.

AR-15s have been used in other deadly mass shootings across the country, including in 2016 at Orlando’s Pulse nightclub and in 2017 at a Las Vegas concert.  The Brady Campaign to Prevent Gun Violence reports that California is one of seven states, plus Washington, D.C., that ban “assault” weapons.

“I can assure you – if a Swiss Army knife was used at Pulse, we would have had a birthday party for my best friend last week. Not a vigil,” Brandon Wolf, who survived the Pulse nightclub shooting, tweeted in reaction to the California ruling.

In 2019, California saw 252 people murdered with a knife, while 34 people were killed with some type of rifle – not necessarily an AR-15. The judge also pointed out that a Californian is three times more likely to be murdered by an attacker’s bare hands, fists or feet, than by his rifle.

“This case is not about extraordinary weapons lying at the outer limits of Second Amendment protection. The banned ‘assault weapons’ are not bazookas, howitzers or machine guns,” Benitez said in his ruling. “Those arms are dangerous and solely useful for military purposes. Instead, the firearms deemed ‘assault weapons’ are fairly ordinary, popular, modern.”

It was filed on behalf of gun owners who want to use high-capacity magazines in their legal rifles or pistols, but said they can’t because doing so would turn them into illegal “assault” weapons under California law. Unlike military weapons, the semi-automatic rifles fire one bullet each time the trigger is pulled, and the plaintiffs say they are legal in 41 states.

The lawsuit said California is “one of only a small handful states to ban many of the most popular semiautomatic firearms in the nation because they possess one or more common characteristics, such as pistol grips and threaded barrels,” frequently but not exclusively along with detachable ammunition magazines.

Brandon Combs, the president of the Firearms Policy Coalition, said in a statement that the ruling “held what millions of Americans already know to be true: Bans on so-called ‘assault weapons’ are unconstitutional and cannot stand.”

Benitez was nominated by former President George W. Bush and serves in the Southern District of California. In 1989, Republican Gov. George Deukmejian made California the first state to ban the sale of “assault” weapons, though the state law has been updated multiple times since then to expand the definition of what is considered an “assault” weapon, the Times reported.