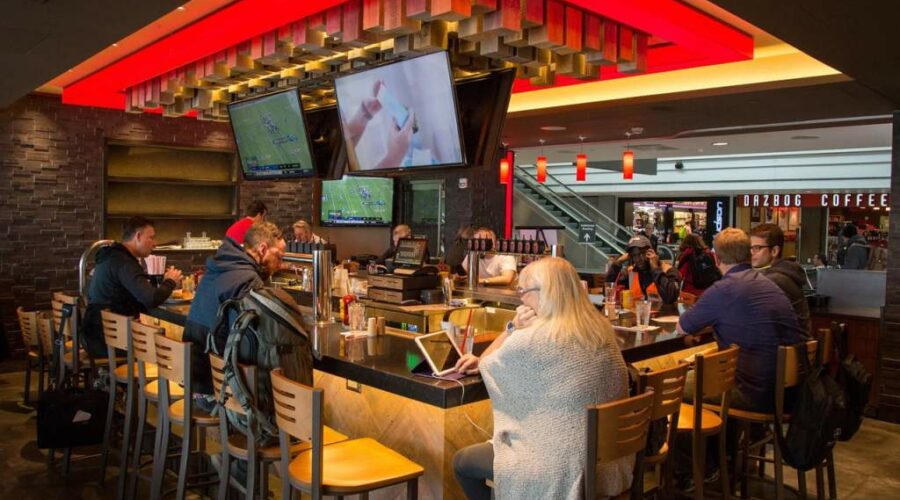 Two men who have been accused in a civil lawsuit of bribing a Denver International Airport executive were charged in federal court with mail fraud, which suggests they have been both government informants as well as targets of federal investigations into bribery at airports.

Michigan residents Samir Mashni and Noureddine “Dean” Hachem — who operate restaurants at airports across the country, including several at DIA — were charged with one count each in Denver’s U.S. District Court on Oct. 25. The charges were not publicly announced by the U.S. Department of Justice and have not previously been reported.

Both defendants have pleaded not guilty to the allegations, which carry a maximum sentence of five years in prison, three years of supervised release and $250,000 in fines. Mashni was 65 years old when charged last year and Hachem was 64, court records show.

Federal prosecutors have presented few details to U.S. District Court Judge Regina Rodriguez about what Mashni and Hachem are accused of doing. The charging document claims that between September 2016 and December 2017, the two defendants conspired with each other to commit honest services mail fraud, a felony that is common in government corruption cases.

Assistant U.S. Attorney Bryan Fields wrote on Oct. 25 that Mashni and Hachem tried to bribe “an appointed executive at a Florida airport who was acting as a confidential human source,” or informant, for the Federal Bureau of Investigation. Fields alleged that Mashni and Hachem “did commit the overt act of meeting with the (informant) on April 14, 2017, in Aspen, Colorado.”

A five-day trial is scheduled to begin June 27. Mashni and Hachem are free on bond and have been granted permission by a federal magistrate judge to travel internationally on several occasions since they were charged last October.

“Defendants conspired together to award the contract … in a pay-to-play scandal,” DIA Brewing’s attorney Stephen Long wrote in a 2018 lawsuit. “The lucrative contract was unlawfully awarded through a pattern of criminal conduct.”

Long alleged that Mashni and Hachem bribed DIA’s former chief revenue officer and executive vice president, Bhavesh Patel, who worked for the airport from 2015 to 2016 and is now a Florida resident. Patel has not been charged in state or federal court and has not been accused by the government of wrongdoing.

The alleged quid pro quo occurred in 2015, Long claims. The next year, the Denver City Council approved the bid by Mashni and Hachem’s company, Midfield Concession Enterprises, at the urging of DIA executives, according to past media reports. Midfield operates four locations at DIA: Two Smashburger restaurants, a brewpub in the Westin hotel and a coffee bar in the hotel.

Long’s strident claims of corruption were dismissed by a Denver District Court judge a few months later. But the Colorado Court of Appeals reversed that dismissal, so the civil case is still moving ahead. A trial has not yet been scheduled.

Long has argued that his allegations in the civil case against Mashni and Hachem involve the same behavior that federal prosecutors allege in their criminal case, namely bribery. But Peter Gergely, a Denver attorney representing the defendants, disputes that.

“A cursory review of the charges show that they have nothing to do with (the) contract at issue at DIA,” Gergely wrote to Judge Darryl Shockley last November, “but somehow involve ‘an appointed executive at a Florida airport.’”

When asked by BusinessDen whether the charges against Mashni and Hachem relate to bribery at DIA, a spokeswoman for the U.S. Attorney’s Office in Colorado declined to comment. A spokesperson for the airport did not respond to a request for comment.

Mashni and Hachem have also been connected to another airport bribery case. In February 2020, the San Francisco Chronicle reported the two acted as FBI informants in the investigation of San Francisco Public Works Director Mohammed Nuru and San Francisco restaurateur Nick Bovis. Nuru and Bovis were allegedly recorded trying to bribe a San Francisco airport commissioner for a contract. Both pleaded guilty.

According to the Chronicle article, Mashni and Hachem cooperated with the FBI “under the threat of a pending federal investigation.” A year and a half later, they were charged with honest services mail fraud in Colorado.

The charge of honest services mail fraud is often alleged in cases of public corruption. In recent decades, it has been committed by at least four governors and three members of Congress, and allegedly committed by wealthy parents in the 2019 college admissions scandal.