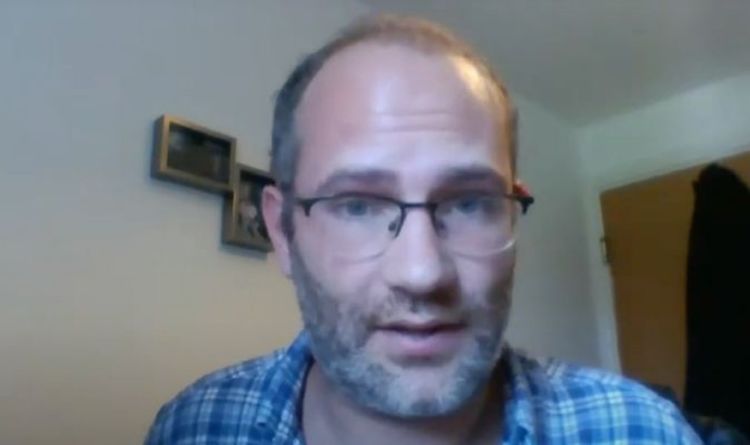 Speaking to Express.co.uk, Macer Gifford, who left his job as a currency trader in The City of London in 2015 to pick up a rifle and fight the Islamic State in Syria alongside Kurdish forces, explained how the Islamic State warned ISIS pose “as big a threat today” than they have ever before. Mr Gifford stressed how this was due to a number of factors but primarily centred around the fact the group no longer have any terrorty to fight for meaning they can and will “strike anywhere” in the future.

“All terrorist groups are quite adaptable, you have seen it happen over the last 10/20 years how Al-Qaeda has operated and how ISIS operates as well.”

He said” “I think ISIS want to prove to the world that they will endure, that they are still a threat to the west and still a force to be reckoned with.”

But in a sobering warning, the Kurdish fighter who served three tours of Syria stressed how the group “are as much of a threat today as they were before”.

JUST IN ‘Taliban have Blackhawks!’ Trump says Biden should’ve ‘bombed hell out of’ US military kit

He explained how the threat they pose stems from their desire to be “as aggressive as possible” and “to make sure that their terror lives on and spreads.”

The fighter also how their continued threat to the west also lies in the fact the group are simply not battling to hold onto territory in Syria and Iraq anymore.

Mr Gifford explained this saying how the Islamic State “have almost been freed of that battle” adding this “allows them to evolve and become like Al-Qaeda where they are harder to pin down.”

He went on to say that on top of this, a vital element of the continued threat is the “mythical image” they espouse as a group as they appear to be undefeated and still in existence.

He explained how this image is vital for their continued recruitment success and plays a pivotal role in their “propaganda” output which ultimately drives prospective fighters, sympathisers, and supporters towards the group.

The Kurdish fighter concluded how the threat from ISIS is very much not going away and that they will continue and do continue to “hit anywhere” across the globe, from “Mozambique to India”.

Following the comments about the threat of Daesh, a government spokesperson told Express.co.uk: “As a leading member of the Global Coalition, our priority is to ensure the safety and security of the UK and we will do whatever is necessary to protect the UK from those who pose a threat to our security.

“The UK works closely with a range of international partners to address the threat posed by Daesh and Daesh fighters.

“Individuals who have fought for, or supported Daesh, should face justice and accountability through prosecution in the most appropriate jurisdiction, often in the region where the crimes took place.”

Macer Gifford joined the fight against ISIS in November 2015 at the age of 27.

He fought in Raqqa, Syria with the MFS (Syriac Military Council) and served for three years in the SDF (Syrian Democratic Forces) before coming home to Britain where he wrote a book on his experience: Fighting Evil: The Ordinary Man who went to War Against ISIS.