British man, 40, dies after plunging 8ft down open manhole while visiting his parents in the Costa del Sol

A British man has died after plunging down an open manhole while visiting his parents on the Costa del Sol.

The alarm was raised after a local spotted the 40-year-old at the bottom of the eight foot hole.

Police and paramedics were called to the scene, close to a roundabout at the top of a sprawling residential area called Calahonda by the AP-7 motorway, around 5pm on Saturday. 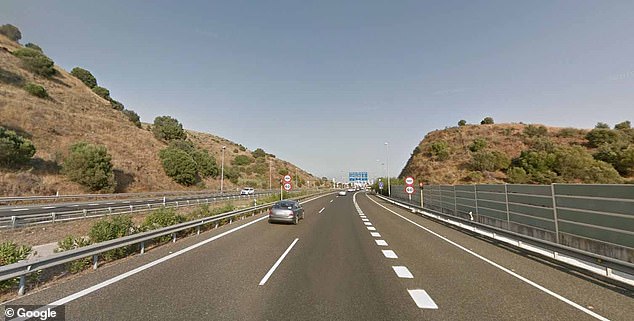 He was pronounced dead shortly after emergency responders reached the scene and firefighters pulled his body out.

The cause of death was a head wound he suffered during his fall.

Investigators have concluded the unnamed Briton suffered a tragic accident.

The dead man’s nationality was only made public today.

He had travelled to the area to visit his parents.

Police have not commented on local reports he had left his parents’ home in the early hours of Saturday morning and had been drinking before his accident.

The manhole he fell down is on privately-owned land.

It was not immediately clear this morning if he lived in Spain or had flown to the Costa del Sol from the UK after the end of lockdown for the family visit.

It comes as airline bosses admitted that the coronavirus crisis meant that Britons may be able to fly to Europe more cheaply.

Ryanair boss Michael O’Leary said the only way his airline can recover is by slashing fares for the next year or two to encourage air travel.

As Ryanair resumed flights, O’Leary said lower fares would be funded by cutting pay for its 18,000 staff.

He said: ‘The Spanish hoteliers and the Portuguese resorts are offering historically low prices for families in July and August.

‘They want to get people back moving again. So travel will never have been cheaper on short-haul around Europe.’