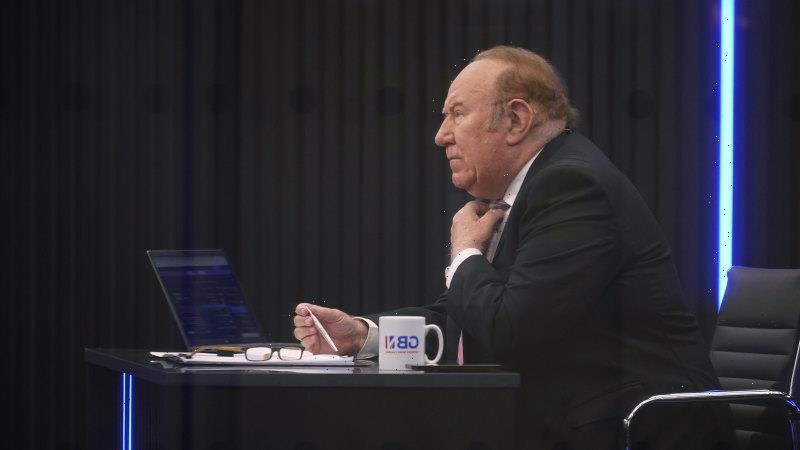 London: When Andrew Neil swings he rarely misses – the giant of British broadcasting is famed for skewering countless public figures over a 50-year career anchored by long stints as a BBC presenter and editor of The Sunday Times. 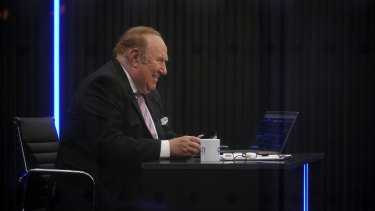 Andrew Neil in the GB News Paddington studios during the network’s launch.Credit:PA

All sides agree GB News got off to a rocky start. The launch was plagued by technical glitches, gloomy lighting and the absence of chemistry between some presenting duos. In one incident that damaged the channel’s pro-free speech mission, journalist Guto Harri was suspended after taking the knee on-air during a discussion about racist abuse of black English footballers. He later quit, and the director of programming and a senior executive producer followed him out the door.

The early technical glitches have been rectified and the channel is pushing ahead – just without Neil.

The 72-year-old retreated to his French holiday home in June after presenting just nine primetime shows, and formally parted ways this month, claiming that to stay as chairman and host would have “killed” him. The drama has delighted the media and political elite who were suspicious of the first new entrant to the broadcast market for three decades.

“The reason I am quite emotional is that I’m angry,” Neil told the Daily Mail in an interview. “I thought after 10 years at the Economist, 11 years at The Sunday Times, the launch of Sky Television and Sky News, 10 years as publisher of The Scotsman and, for 25 years working to become the BBC’s premier interviewer, GB News would be the final big career move and then I’d pack it all in.” 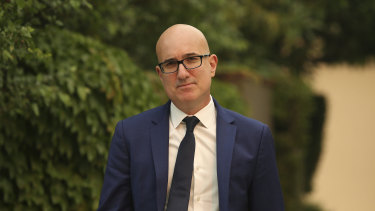 Neil says he was often not consulted on key decisions and his views ignored – claims GB News dispute. There is also scepticism within British media circles about Neil’s jihad against GB News. Could such a battle-hardened media veteran really have been such an innocent bystander?

Neil, who was on a £4 million ($7.5 million) contract at GB News, knows what makes a good headline and his exit interview offered up plenty of colourful anecdotes about the days leading up to and immediately following the network’s launch.

Neil told the Daily Mail he was “quite unforgiving” of the board and Frangopoulos, to whom he assigned an unnecessarily spiteful nickname: Triple G, short for the Great Greek God.

He claims one idea was to do a trial by television of the “guilty men” who tried to stop Brexit (Nigel Farage has since come on board as a GB News host). Another was apparently to put secret cameras in classrooms to show how left-wing the teachers were.

He recounted one exchange with Frangopoulos in which the pair talked about the network’s impending launch on June 13. “At one stage, about a month before the launch, [Frangopoulos] said, ‘we’re launching a boat that’s only half-built. We’ll build the rest when it’s floating’,” Neil said.

“I said, ‘I’m not a shipbuilder, but it seems to me if you launch a boat that’s only half-built it will sink’.”

Frangopoulos told The Sydney Morning Herald and The Age in February that GB News was “a speedboat in an ocean of supertankers and quite frankly that is a terrific, empowering position to be in”.

Colleagues who worked with Frangopoulos during his two decades running Sky News Australia and more recently at GB News say Neil’s criticisms are the work of a prima donna and riddled with inconsistencies. Several former colleagues praised Frangopoulos as a generous and talented boss. He has also chaired the Walkley Foundation.

“The idea that Andrew is a monster to work with and some right-wing maniac is just crazy,” one staffer said. “This was obviously a personality clash with Andrew Neil, who is brilliant but can sometimes be difficult.”

A spokeswoman for GB News said Neil’s concerns about the channel’s editorial direction were wrong. “While we are deliberately disruptive, we have never veered from our editorial charter and the suggestion that we have, and that Mr Neil was attempting to prevent a so-called shift to the right, is wholly inaccurate.”

Ofcom, the media regulator in charge of policing strict impartiality rules, has not launched any investigation into GB News.

Colin Brazier, the highly respected British journalist who has taken over Neil’s old primetime slot, told viewers that GB News had introduced much-needed new competition: “Our critics say we are coarsening public debate. I would say we are enlarging that debate,” he said.

“If you want to know how Britain works, you’ve got a better chance of doing so if you read The Telegraph and The Guardian, The Sun and The Mirror. But in broadcast Britain, where are the alternatives?”

Frangopoulos declined to be interviewed but the board told staff last week they were committed to GB News and its “mission to build a channel that stands for tolerance, mutual respect, free speech and fair debate”.

”We have a lot of collective experience of start-ups and we understand their nature: they must innovate rapidly at the beginning, but the road to their full potential is a long one,” the board said. “As investors we understand they need support and patience. We have both. No startup is easy and creating a truly multimedia tech business fit for the 21st century is hard.“

GB News UK is also preparing for the launch of Talk TV, a Rupert Murdoch-backed channel which will be available on linear and internet television. Outspoken journalist and broadcaster Piers Morgan has signed on as the network’s star.

Don’t be shocked if Neil joins him there for one last TV gig.