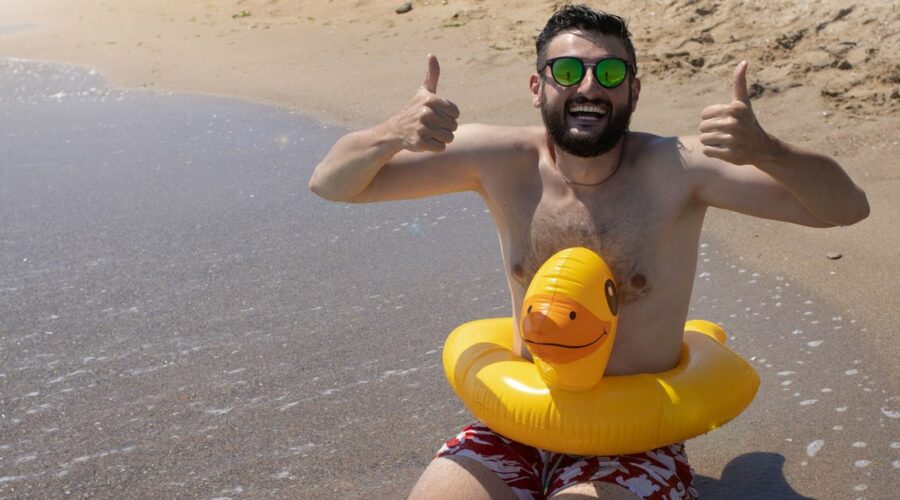 Britain will bask in temperatures hotter than St Tropez and Ibiza this week – just as we all have to go back to work.

Temperatures topping 20C will blow tomorrow (Tuesday, May 3), before hitting 23C or 24C by Thursday (May 5).

But the ‘mini heatwave’ comes a few days late for most people, who endured a chilly and rainy Bank Holiday weekend.

The 700-mile wide ‘subtropical surge’ will bring warmer air to much of the country today.

However, they also said the sudden warm weather – which will make the UK hotter than many Mediterranean destinations – could also bring a threat of thunderstorms.

Met Office forecaster Simon Partridge said: “This week is a funny old one, there’s a fair bit of rain and cloud around as well as sunny spells, with many areas gradually warming up until Thursday which should be the warmest day,

“Between Monday and Wednesday temperatures will sit in the high teens and low 20s in Wales and central and southern parts of England, while eastern Scotland could reach 19C (66.2F).

“Thursday will see high teens quite widely across the country, parts of the South East will rise as high as 21C (69.8F), with an outside chance of 22C (71.6F) in areas where there is more sunshine.

“So there’s a warm spell in store for many.”

Rain emptied beaches as a 500 mile-wide band from Iceland hit – with even snow in Scotland over the weekend on high ground.

Families fleeing the South-West coast today (Monday, May 2) battled a seven-mile jam on the A31 eastbound near Wimborne Minster, Dorset, a further three miles of delays further east in Dorset, then an eight-mile queue on the M3 eastbound near Southampton.

And, after warmth this week, spring showers will hit in May, not April this year, with washouts ahead after a dry April.

A Met Office forecaster said: “Lower pressure is more likely later into May, bringing more unsettled conditions, with spells of rain or showers.”