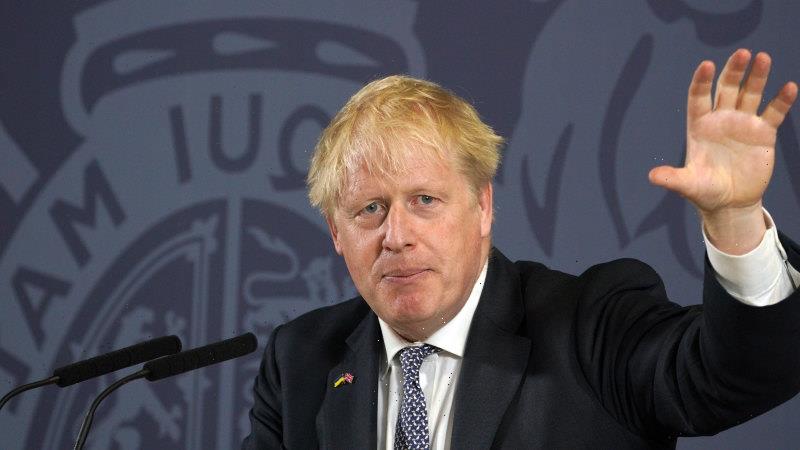 London: The British government is proposing new legislation that would unilaterally rewrite post-Brexit the rules for Northern Ireland, despite opposition from some MPs and EU officials who say the move violates international law.

The bill proposed on Monday seeks to remove customs checks on some goods entering Northern Ireland from the rest of the UK. That would override parts of the trade treaty that Prime Minister Boris Johnson signed with the European Union less than two years ago. 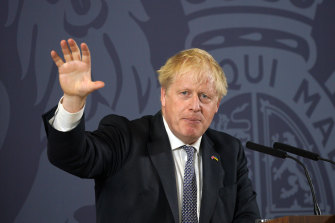 The government maintained its move was justified under international law because of the “genuinely exceptional situation” and Foreign Secretary Liz Truss blamed the EU for blocking a negotiated settlement. The European Commission said it could take legal action against the UK.

In Ireland, Prime Minister Micheal Martin said it was “very regrettable for a country like the UK to renege on an international treaty”. German Chancellor Olaf Scholz echoed the sentiment, saying there was “no reason” for Britain to make such a move. 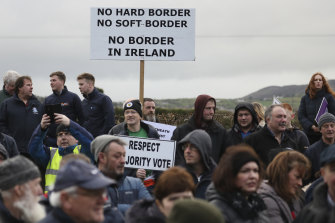 Demonstrators hold banners on the Northern Ireland/Republic of Ireland border, near Newry in Northern Ireland, in 2019. An open border between the two countries is central to the Good Friday Agreement.Credit:AP

“It’s a rejection of all the agreements we reached between the European Union and Great Britain,” Scholz said. “The European Union will react to this as one and it has the whole toolbox at its disposal.”

Brushing aside criticism, Johnson told reporters that the proposed change was “relatively simple to do”.

“Frankly, it’s a relatively trivial set of adjustments in the grand scheme of things,” he told LBC Radio.

He argued that his government’s “higher and prior legal commitment” is to the 1998 Good Friday Agreement that brought peace and stability to Northern Ireland.

Britain and the EU agreed in their Brexit deal that the Irish land border would be kept free of customs posts and other checks because an open border was a key pillar of the peace process that ended decades of violence in Northern Ireland.

Instead, to protect the EU’s single market, there are now checks on some goods, such as meat and eggs, entering Northern Ireland from the rest of the UK.

But the arrangement has proved politically damaging for Johnson because it treats Northern Ireland differently from the rest of the United Kingdom. Northern Ireland’s Democratic Unionist Party has refused to return to the region’s power-sharing government until the protocol is scrapped or substantially changed.

The bill to override that arrangement is expected to face opposition in Parliament, including from members of Johnson’s own Conservative ranks. Critics say unilaterally changing the protocol would be illegal and would damage Britain’s standing with other countries because it’s part of a treaty considered binding under international law.

In Brussels, Sefcovic said the protocol was the “one and only solution we could jointly find to protect the hard-earned gains of the peace process in Northern Ireland.”

He added that the EU remains open to discussions with the British government to find a solution to the dispute.