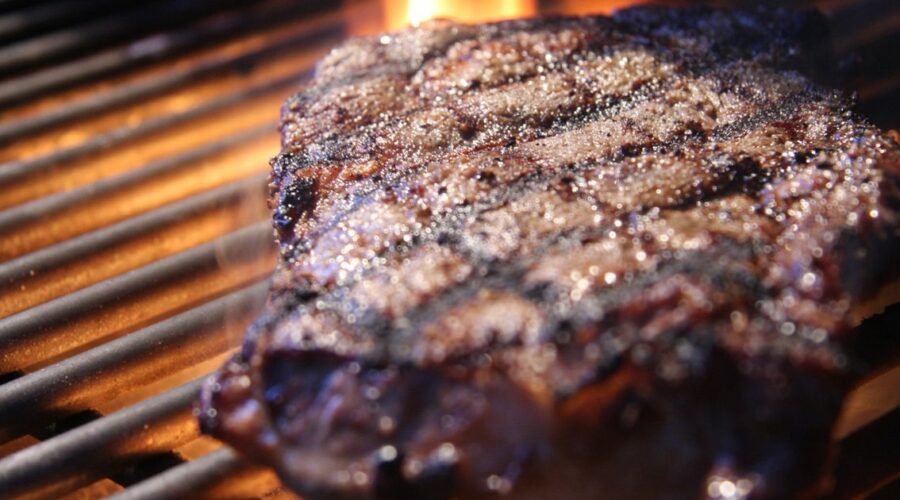 British boffins aim to grow “real” steaks in a lab within the next year in a breakthrough global first.

They claim the products would be indistinguishable from high-end cuts bought from a butcher and could one day even replace farms and slaughterhouses.

“But as far as we can tell these are mince or other forms but not whole cut.”

Scientists at 3D Bio-Tissues say their 100% lab-grown meat could be on menus in five years.

The process uses cells taken from a healthy animal, such as a cow, which are then stored in a liquid agent before being transferred to a bioreactor to grow the steak. This comes after a pub in near Oldham offering an 100oz steak said they'd let customers eat for free if they managed to finish the huge rump.

The Black Ladd serve the cut alongside onion rings, tomatoes, chips and mushrooms, with the total calorie count stretching to 6,000.

General manager Keiran Leach spoke of his confidence that punters would be unable to finish the meal. He said in December last year: "The first person did it yesterday and had a good go at it but he got just under halfway through and the other half he took home with him, which will probably do his teas for the rest of the week.

"I think he did well, but the fact that he did well and only got that far shows how hard it would be to complete because you do have to finish everything.

"I don't think it's possible because it's such a big challenge."

He continued: "You get people that travel all over the country to take on these challenges and there might be someone that's experienced and very good that may be able to do it.

"It's been ridiculous. Ever since it got put out that night the phone just wouldn't stop ringing.

"There is still availability but there are about 15 people booked in between now and the end of November – we've got three on the same table tomorrow night."