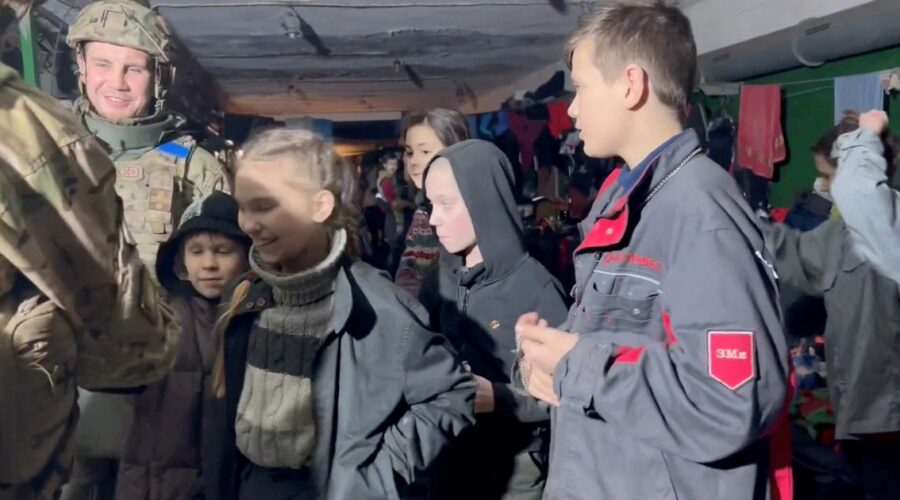 Despite Russian claims to have captured Ukraine’s important Black Sea port of Mariupol, a determined rearguard of Ukrainian fighters remain in the ruined city – along with some 20 British volunteers.

The British fighters, sheltering from the almost-constant Russian bombardment in underground bunkers, have vowed to “save the last bullet for themselves” rather than be taken alive.

Hundreds of British Army veterans and others have rushed to Ukraine's defence and a few – like Notts-born Aiden Aslin – have been captured by the Russians.

As many as 20,000 civilians in Mariupol are already believed to have been killed by Russian shells and bombs, and many more may die as food supplies run out.

Russian leader Vladimir Putin has ordered his troops to surround the city’s industrial district and seal it off to starve out the defenders.

A large force of Ukrainian defenders is holed up beneath the near-impregnable Azovstal steel works, along with an unknown number of civilians..

Putin has abandoned plans to storm the factory and has ordered Defence Minister Sergei Shoigu to instead "block off this industrial area so that a fly couldn't get through".

Conceding that his forces couldn’t enter the steelworks without sustaining heavy losses he added: "There is no need to climb into these catacombs and crawl underground through these industrial facilities."

A British volunteer in Kyiv who had previously fought alongside the defenders of Mariupol told The Sun: “There are as many as 20 British lads still there and I fear for them.

“Many are veterans of the conflict in the Donbas. A few have Ukrainian relatives.

“The lads are saving a bullet for themselves — they will not be taken alive.”

Many of the fighters stationed in the steelworks are from Ukraine’s Azov regiment – a former far-right group that was absorbed into Ukraine's National Guard in response to Russian aggression.

The regiment has posted a video that appears to show women and children sheltering underground at the Azovstal plant.

In the clip, women and children can be heard saying that supplies of food and water are running dangerously low, and that many of them haven’t seen daylight since the earliest days of the Russian invasion.

One young girl says she took refuge in the plant with her mother and grandmother on February 27.

"We haven't seen the sky or the Sun since,” she says. “We want to get out of here very much. We want it to be safe for us, so no-one is hurt, and then live in safety."

The video, apparently filmed on April 21, has not yet been independently verified.

Rubbishing Russia ’s claims of victory, he said: ”The city still has not fallen.

”There is still our military forces, our soldiers, so they will fight until the end."