BREXIT talks are on ANOTHER knife edge as Boris Johnson threatened last night to walk away from hopes of a trade deal if there is no agreement in five weeks.

Key sticking points on issues such as state aid and fishing rights have brought discussions with Brussels to a standstill – here's what's happened so far and what could happen next. 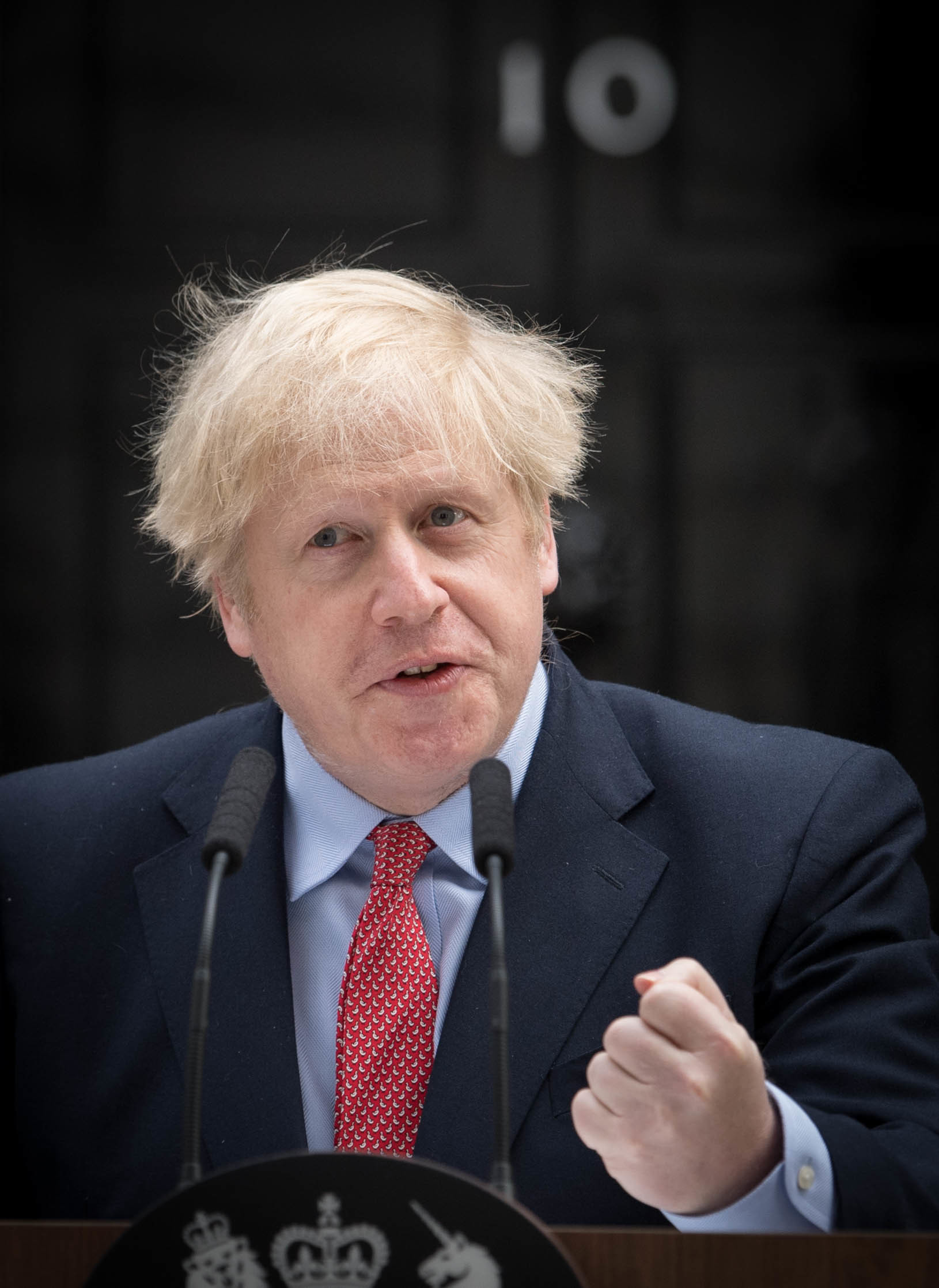 What is the October 15 deadline?

The PM has told EU bosses an agreement must be reached by October 15 for the UK to leave at the end of the transition period, as planned in the Withdrawal Agreement Bill on December 31.

Talks between both sides will start up again tomorrow for the eighth round of discussions.

But hopes of a deal have hit a standstill for months on two major sticking points – fishing rights and state aid rules.

He said there was “no sense in thinking about timelines that go beyond that” as businesses on both sides of the Channel needed time to prepare.

The PM added that leaving without a trade deal with the bloc would allow Britain to "prosper mightily" with its newfound independence from the EU's rules and regulations.

EU chief negotiator Michel Barnier has claimed the UK wants "the best of both worlds" and is "worried" about the prospect of an agreement.

Is the UK tearing up the Withdrawal Agreement?

Partially. Planned legislation due to be published on Wednesday are expected to overrule parts of the original agreement.

The protocol has said Northern Ireland will be tied to EU rules on customs, VAT, state aid and goods standards.

Under previous rules, Britain would have to let Brussels know if any state aid decisions affected the good markets in Northern Ireland.

But the fresh rules would mean UK courts would follow the new legislation, instead of tying Britains to EU regulations on issues such as state aid – the extend to which private companies are subsidised by the state.

According the Financial Times, the new legislation will "dilute" rules on tariffs, checks on goods leaving Northern Ireland, and state aid.

A source said the plans would "clearly and consciously" undermine parts of the original protocol.

But Environment Secretary George Eustice insisted this morning the agreement was not being "ripped up" and the UK was committed to implemented the protocol.

He admitted there could still be legal "loose ends" by the time the transition period ends.

The president of the European Commission Ursula von der Leyen has saidshe expects the UK to implement the withdrawal agreement.

She said: "I trust the British government to implement the Withdrawal Agreement, an obligation under international law and a prerequisite for any future partnership.

"Protocol on Ireland/Northern Ireland is essential to protect peace and stability on the island & integrity of the single market." 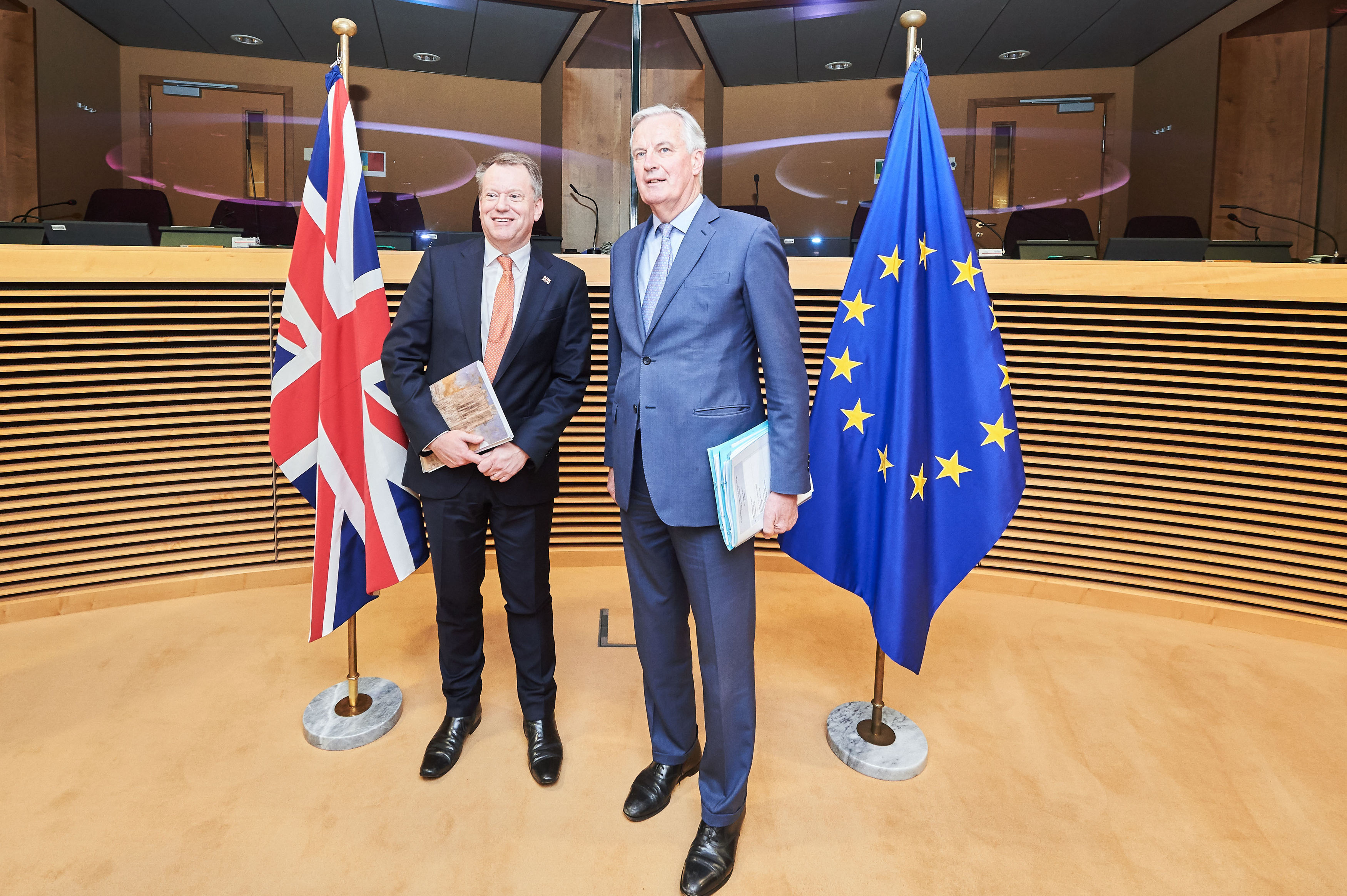 What kind of deal does the UK want?

The UK wants a "Canada-style" free trade agreement with the EU.

This would means no or very few tariffs on imports and exports and removing barriers to trade.

But it would also cut Britain free from following the EU's tightly controlled rules and regulations.

Mr Johnson said at the outset of trade talks earlier this year: "We have made our choice: we want a free trade agreement, similar to Canada’s.

"But in the very unlikely event that we do not succeed, then our trade will have to be based on our existing Withdrawal Agreement with the EU."

The EU has demanded a "level playing field" which would mean the UK would have to follow the bloc's minimum requirements on food standards.

The Government has vowed it will not be tied to rules set by Brussels.

Mr Eustice said this morning EU bosses were "in denial" about Britain becoming an independent state, and had refused to be "sensible" in discussions.

What is an Australia style deal?

Boris has said the UK could trade with the EU with an "Australia-style" deal if no agreement with the bloc is reached by the October deadline.

Australia does not have a trade deal with the EU, so it would mean the UK would trade with the bloc on WTO rules.

It would have to pay tariffs on imports and exports but it would leave both sides able to cherry pick areas they can find agreement on.

George Eustice admitted that British beef could be subject to tariffs of 40 per cent if there is a no deal Brexit.

But the UK is in the process of thrashing out deals with other countries, including Japan and Australia, so other goods could be cheaper for Brits. 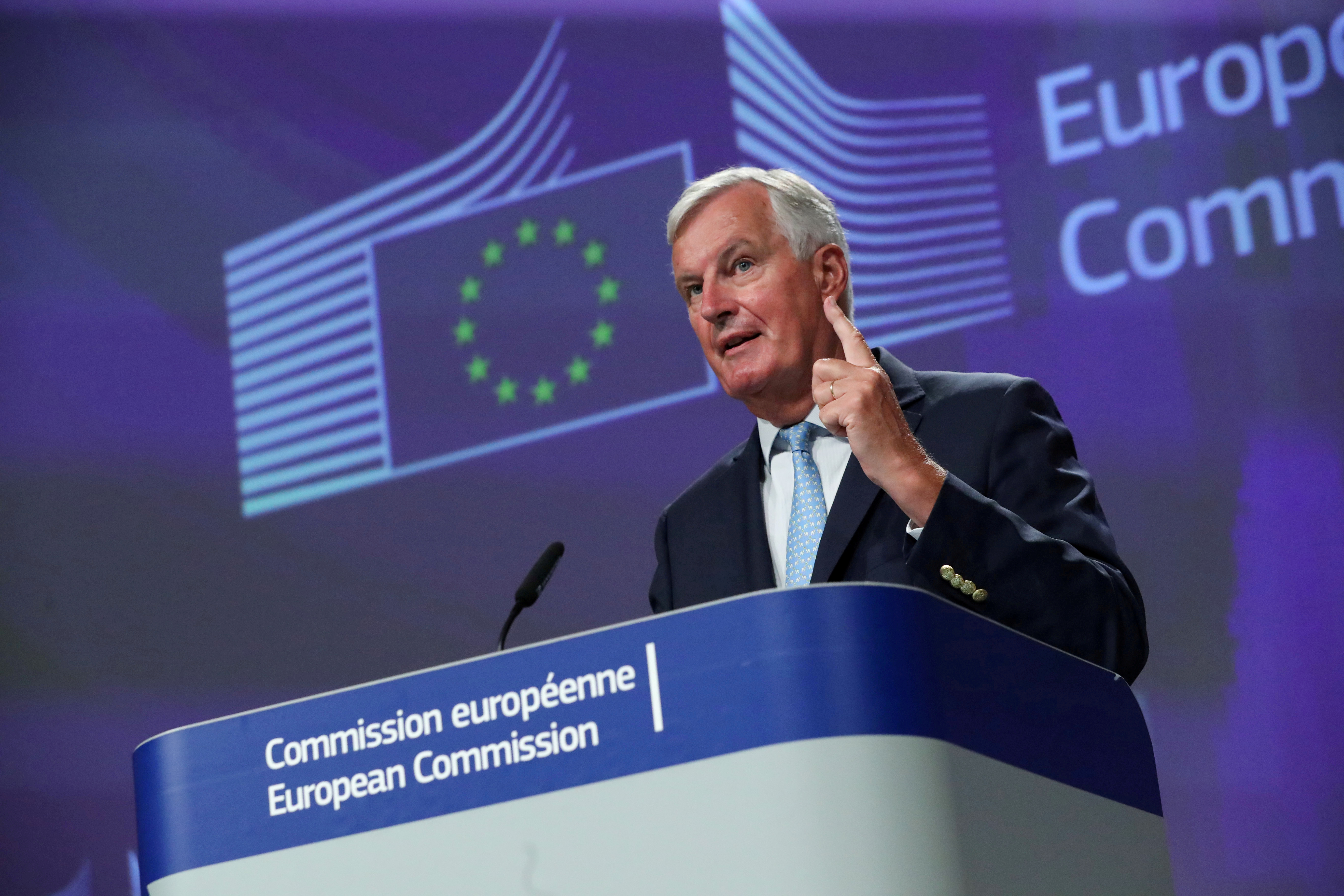 What are the sticking points?

One of the key sticking points is fishing rights in British waters – which the EU is refusing to budge on, but one of the biggest promises of the Brexit deal would be to deliver freedom for UK fisherman.

Brussels is refusing British demands for fish quotas reserved for UK vessels to rise from 25 to 50 per cent.

British boats currently catch around a quarter of the fish landed in our waters every year.

That would rise to just over half under the blueprint outlined by ministers.

Fish stocks in British waters are currently divided up based on historic patterns set by the EU in 1973.

But under the PM's plan there would be a new system of "zonal attachment" which uses where species actually live now.

The bloc's coastal states are also standing firm, with Germany demanding "at least the status quo" on access to our waters.

What is the state aid problem?

Boris has promised bumper economic reforms to "level up" Britain, but EU rules on state aid – the extent to which the state can subsidise private companies – could hamper the PM's plans.

Mr Raab argued that it was key Britain keep control over its rules on subsidy and competition.

He said that no compromise with Brussels on state aid was possible on a "straightforward point of principle".

State intervention is even more important as the nation recovers from the coronavirus crisis.

Mr Raab told Times Radio yesterday: "In the context of Covid we see that you have to have more significant interventions in some areas.

"So it allows us the latitude to tailor British policy to … the national interest rather than the rules dictated or the control exercised by the EU." 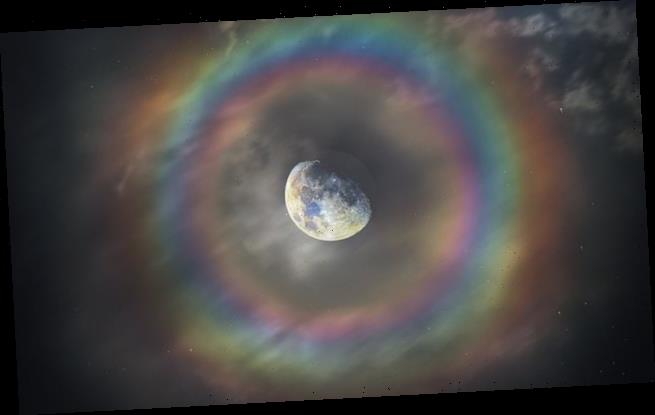 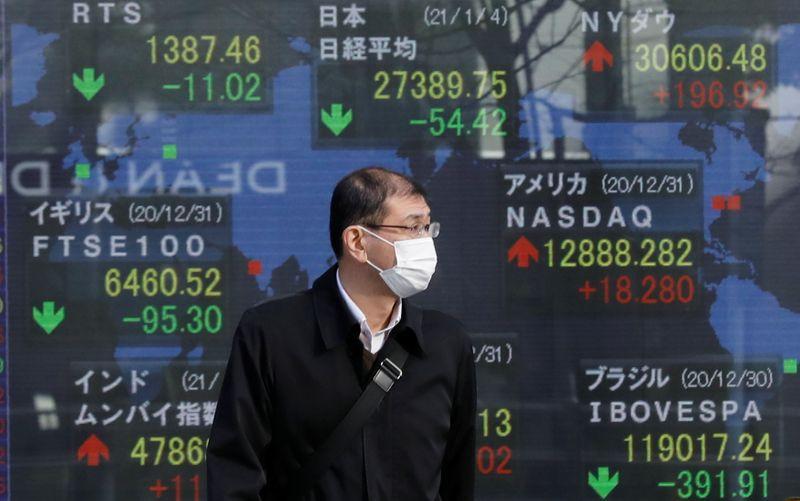 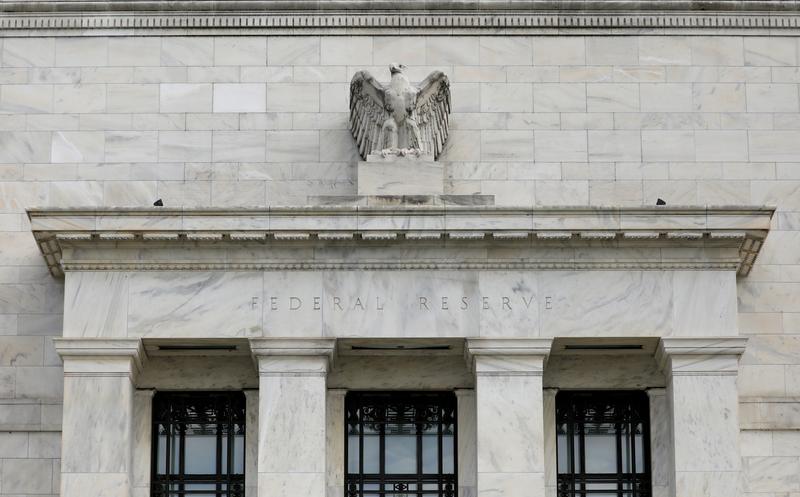 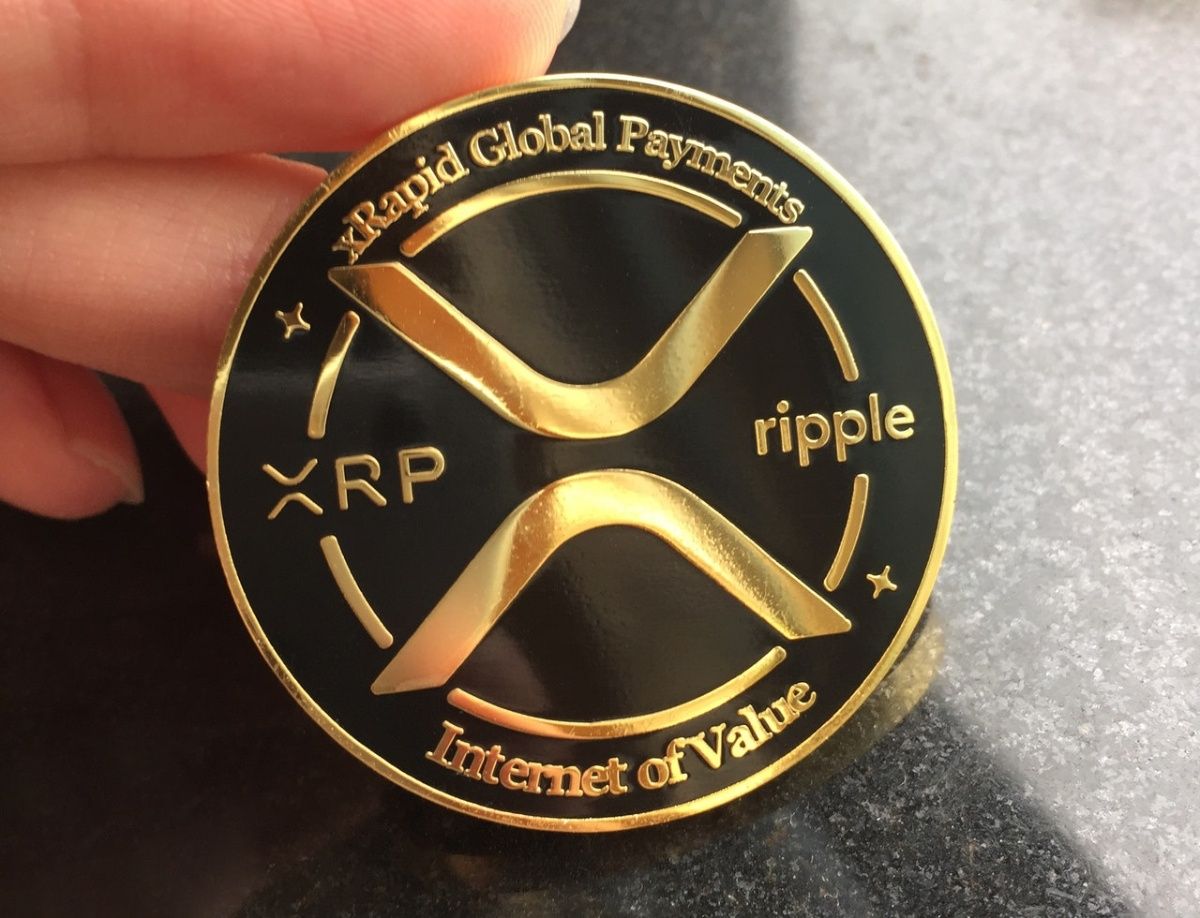 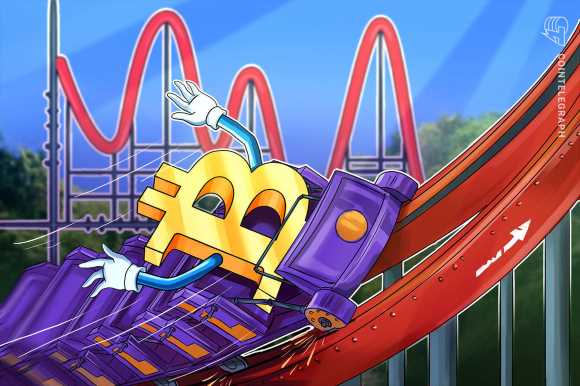