The House of Representatives speaker delivered the stern warning during a meeting with Mr Raab in Washington D.C. Boris Johnson has introduced new legislation to partially overrule the withdrawal agreement signed with Brussels last year.

He argues in its current form it infringes on British sovereignty and could prevent food exports to Northern Ireland from the rest of the UK.

On Monday the Internal Market Bill, which the Government introduced to partially overwrite the Brexit withdrawal agreement, passed its first two readings in the House of Commons.

However, a number of senior US political figures have claimed violating the withdrawal agreement would prevent Britain signing a new trade deal with America.

They argue the deal is necessary to safeguard peace in Northern Ireland. 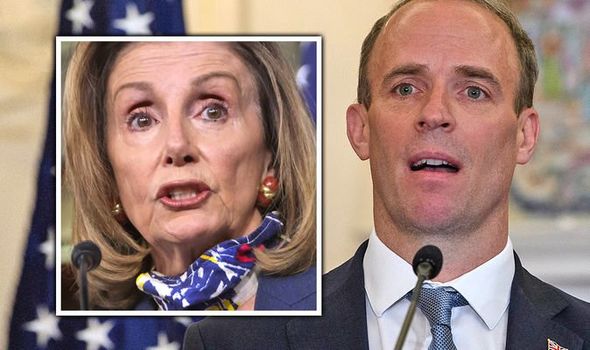 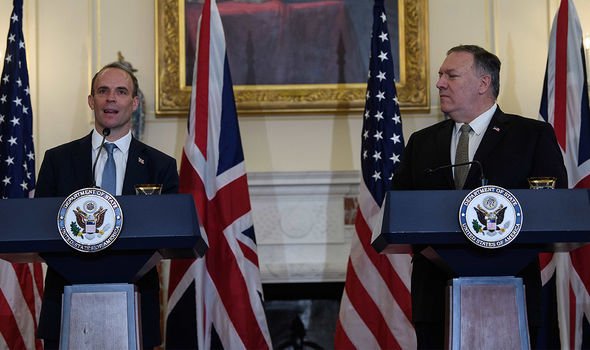 Mr Raab met with Ms Pelosi and Richard Neal, chair of the powerful congressional ways and means committee, on Tuesday.

Following the meeting Ms Pelosi released a statement warning Britain not to violate “its international agreements”.

She said: “In our meeting today with the Foreign Secretary, Chairman Richie Neal and I welcomed his assurances but reiterated the same message that we delivered to the leaders of the UK in London last year.

“If the UK violates its international agreements and Brexit undermines the Good Friday accord, there will be absolutely no chance of a US-UK trade agreement passing the Congress. 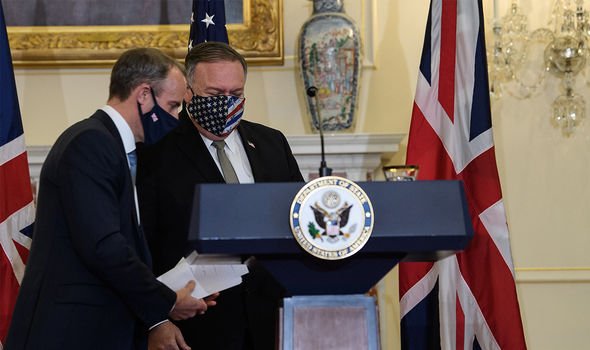 “The Good Friday Agreement is valued by the American people and will continue to be proudly defended in the United States Congress.”

The Democrats have a majority in the House of Representatives meaning they could potentially block any UK-US trade deal.

Under the terms of the Brexit withdrawal agreement Northern Ireland will remain closely tied to the European single market, when the EU exit transition period comes to a close at the end of this year.

This is in order to prevent a hard border being required between Northern Ireland and the Irish Republic which could undermine the peace agreement. 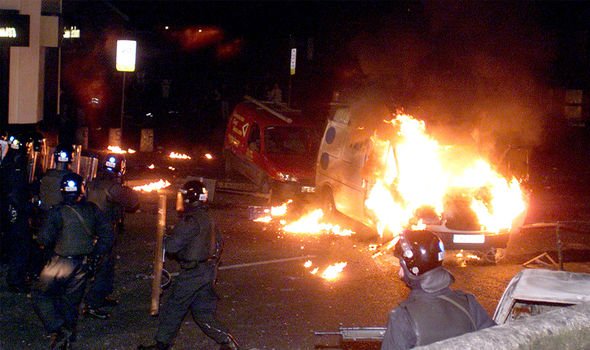 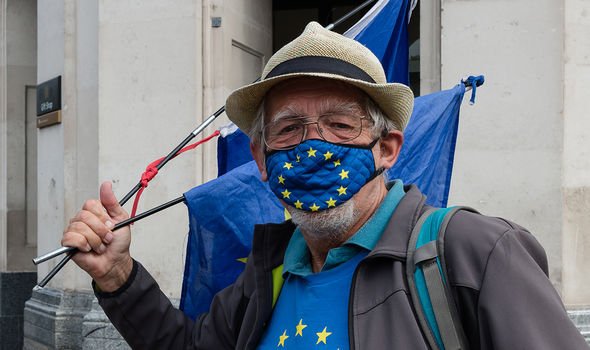 However, this means Britain would have to implement some checks on good travelling between Northern Ireland and the rest of the UK.

The Government argues this is an unacceptable attack on British sovereignty and must be amended.

Before meeting Mr Raab Ms Pelosi explained her position in a statement.

She commented: “The Good Friday Agreement is the bedrock of peace in Northern Ireland and a beacon of hope for peace-loving people throughout the whole world.

“Whatever form it takes, Brexit cannot be allowed to imperil the Good Friday Agreement – the stability brought by the seamless border between the Irish Republic and Northern Ireland.”

Following pressure from some Tory backbenchers the Government has agreed the Internal Markets Bill will be amended so Parliament’s consent is required for its most controversial aspects to become law.

Last week the Northern Ireland secretary admitted the new legislation does “break international law” in a “specific and limited way”. 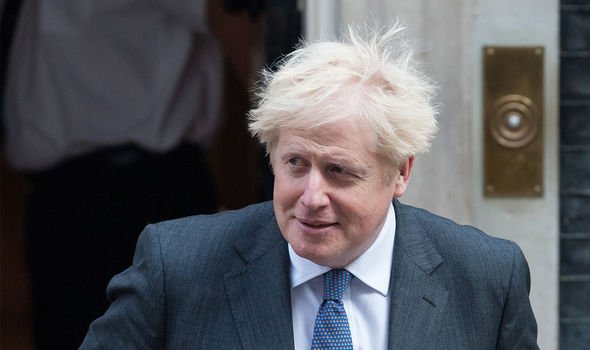 US Democratic Party presidential nominee Joe Biden has also warned any new UK-US trade deal would be “contingent” on the Good Friday Agreement being respected.

Mr Biden will seek to take the presidency from Donald Trump when the election is held on November 3.

However, Mike Pompeo, the Trump administration’s secretary of state, said concerning Northern Ireland he trusts Britain to “get this right”.