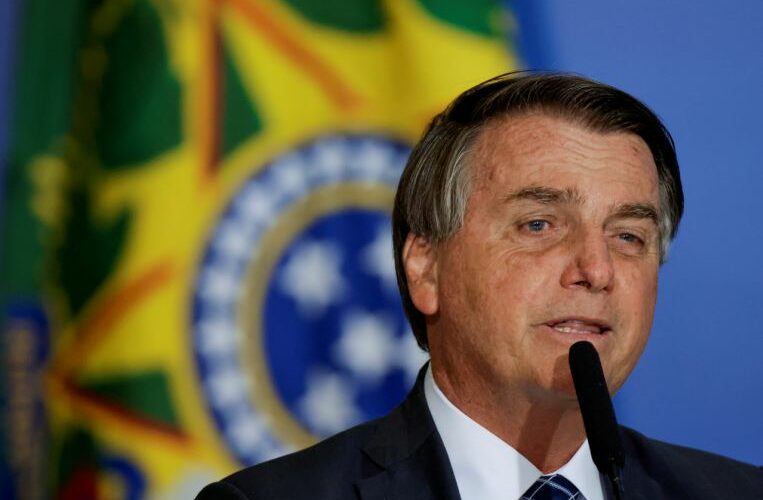 SAO PAULO (BLOOMBERG) – A government-allied lawmaker dragged Brazilian President Jair Bolsonaro to the centre of a scandal of alleged irregularities in the purchase of a Covid-19 vaccine for Brazil’s immunisation campaign.

During the conversation, as described by Miranda, Bolsonaro blamed his leader in the lower house, Ricardo Barros, for meddling in the health ministry, but didn’t stop the purchase. The ministry signed a contract to purchase 20 million doses for 1.6 billion reais (S$435 million), although no shots have been delivered yet.

Luis Ricardo Miranda, brother of the lawmaker and an official at the health ministry, told the senators that in the analysis of the documents related to the purchase of the vaccine, information was found that didn’t match the original text of Bharat Biotech’s contract with the ministry.

He mentioned that some differences would be the form of payment, the amount of doses and the indication of intermediary companies.

This is the first time that senators investigating the government’s response to the pandemic probe corruption allegations involving Bolsonaro.

Up until now they were more focused on delays in vaccine purchases and the government’s touting of unproven Covid treatments.

Bolsonaro, in a visit to the southern city of Chapeco on Saturday, attacked the members of the senate committee investigating the case, saying they target his government but refuse to probe state governors who received federal funds to fight the pandemic.

“Only one thing can remove me from Brasilia, and that’s our God,” he told supporters. “They won’t win by inventing narratives.”

Barros said on his Twitter account that he hasn’t participated in any negotiations regarding the purchase of Covaxin vaccines and that the investigation will prove that.

On June 24, Health Minister Marcelo Queiroga said he wasn’t concerned about the Covaxin vaccine issue and is focused on advancing the immunisation programme.