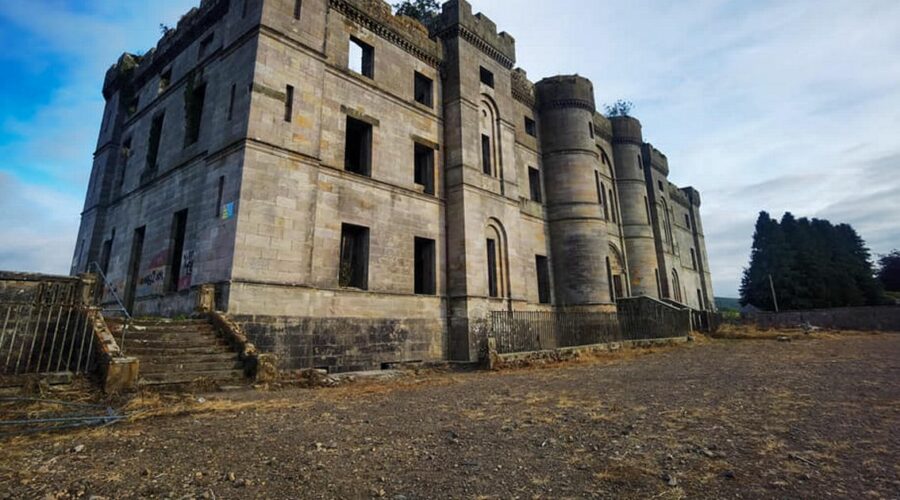 A group of urban explorers have spent the night in a creepy abandoned castle that is believed to be one of the most haunted places in Scotland.

Dalquharran castle in Dailly is believed to be haunted by a woman who killed herself many years ago, with apparitions of her being spotted by several YouTubers amongst the fog in the early hours of the morning.

The Category A listed building in South Ayrshire, Scotland, was designed by Robert Adam and completed around 1790. The first recorded lord of the property which already included a castle, was Gilbert Kennedy, as stated in a 1474 Charter for the nearby Crossraguel Abbey. The estate was later owned by the Kennedy family for centuries.

The fortress which looks over the north bank of the river Givan was later abandoned in the 1960s.

But despite the rumours, two brave explorers set up a tent for the night and captured some breath-taking images of inside the castle while they were there to share with followers from the Abandoned UK on Facebook.

The explorers did not confirm if they made any sighting during their stay but the set of 23 images in the group, the explorer named Clair said: "Great night camping out in this abandoned Scottish Castle last night a bit creepy but definitely worth it."

Images show eerie corridors where the walls are crumbling down and overgrown greenery outside.

Pieces of wood and stone are falling away from the building and graffiti has been left on the walls outside.

During visits from other explorers, one commenter shared their experience of the haunted castle, writing: "My family & I visited here.

"Whilst looking back at my photos, I noticed from the front & the back of the house 3rd window in on the left what appears to be a womanly figure standing there.

"Which prompted me to search for further info which led me here. The first photo I took was from the back of the house 3rd window is on the left.

"Second photo from the front of the house 3rd window in on the right, the shape I see appears to be facing the camera on both shots, very creepy!"