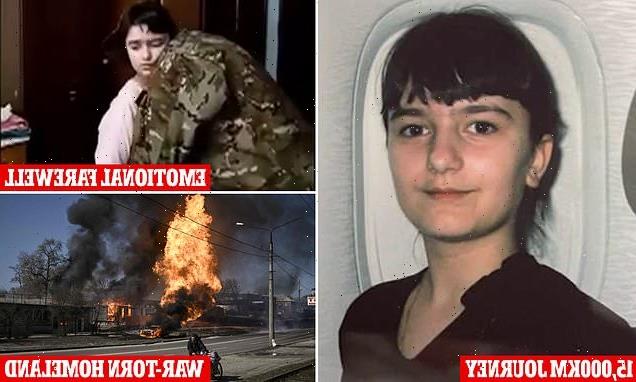 A brave Ukrainian girl has made the 15,000km journey to Australia on her own to escape her war-torn country.

Victoria left her small town near the Slovakian border with a little bag containing just a handful of her belongings before crossing into Hungary to board an Emirates flight to Brisbane.

It was the first time the young girl had ever left her hometown or boarded a plane.

After hugging her parents goodbye indefinitely, the young girl will now wait out the war with family and friends on Queensland’s Sunshine coast while her father fights the Russians. 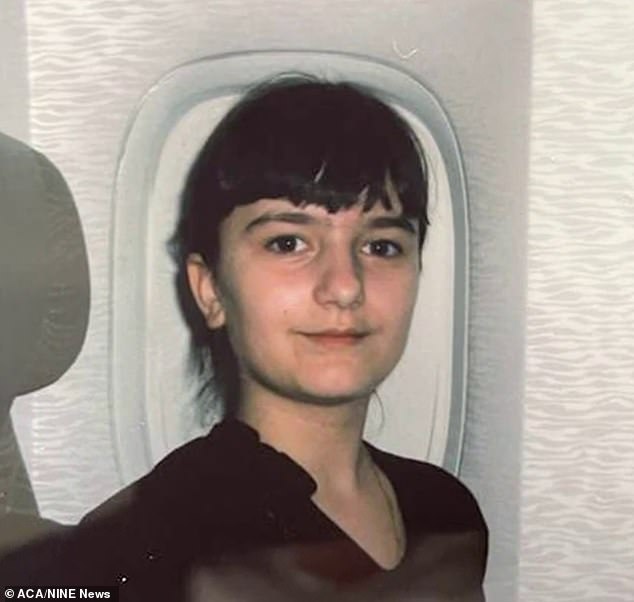 ‘She didn’t have any tantrums, she didn’t cry,’ Mrs Rowe said.

‘She just asked, ”Can I sleep on the plane?” That’s what Emirates staff told us.”

Ms Rowe and her husband Lloyd, an Australian navy veteran, felt a strong urge to help when Russia invaded their southern neighbour in February. 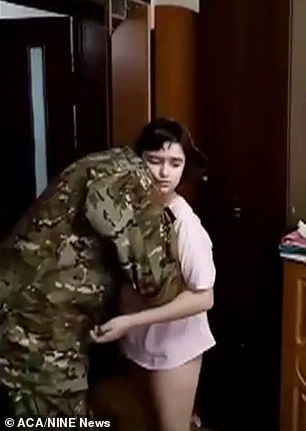 The mother-of-two immediately began contacting relatives and friends in Ukraine to see how the couple could assist.

Victoria had been living in her western Ukraine home with her mother, an old friend of Ms Rowe’s, while her military serviceman father fought against Russian troops in the country’s east.

As gunfire and bombs reverberate across the nation, the mother and daughter were spending up to six hours a day hiding in a bomb shelter, leaving Victoria unable to engage in normal childhood activities, like going to school.

During a face call, Ms Rowe asked Victoria if she would like to come to Australia, with the girl taking up the offer hoping to once again see the ‘blue sky and sun’.

Heartbreaking footage shows Victoria hugging her father in their Ukrainian home for the last time before she headed overseas.

Victoria’s mother then arranged for a friend to take her daughter to Hungary, where she boarded a flight in Budapest, which stopped over in Doha before continuing to Australia.

Since arriving, Victoria has become close friends with the Rowes’ eight-year-old daughter Rihanna and has make huge leaps in learning English, which she had never previously spoken.

Mr Rowe said it has been a joy for them to see the two girls running around giggling and the pair have a natural ability to communicate as children despite not speaking each other’s language. 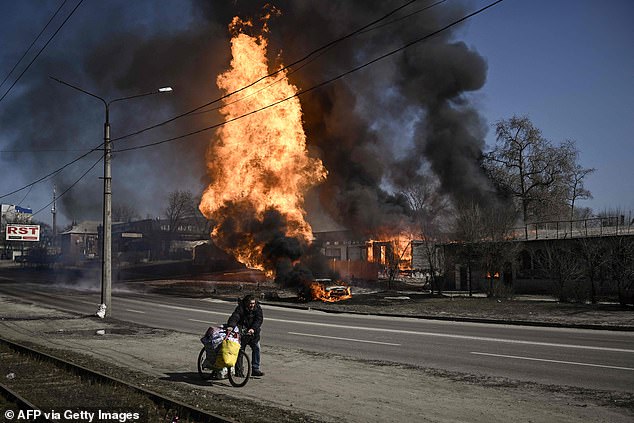 Victoria’s father is fighting in the war while her mother remains at their home in the country’s west. Pictured: A Russian strike in Kharkiv in March 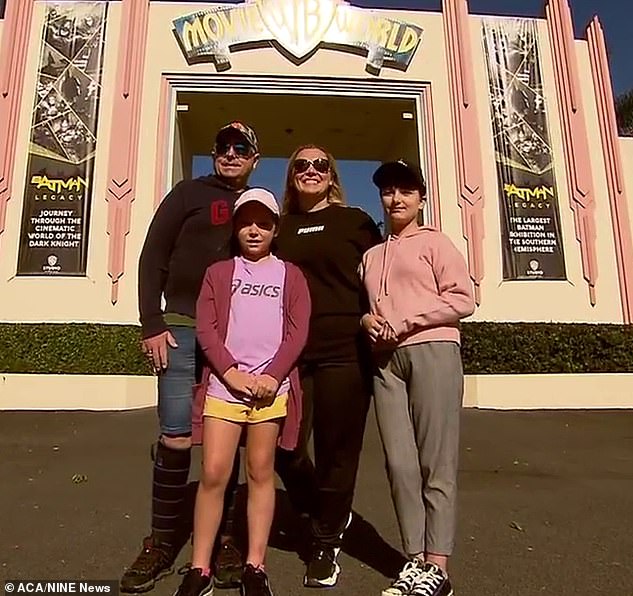 While she does not know when she will see her parents again, she has brought a piece of her homeland with her – a Ukrainian flag – which now hangs above her wardrobe.

Victoria’s will start Grade 4 at a local primary school in a few weeks and her parents hope she will be able to get a good education in Australia.

‘As a mother I always have some worries inside me, but I know that she’s safe and that’s the most important thing right now,’ her mother Tanya said.

According to the United Nations, more than 14 million people have fled their homes since Vladmir Putin ordered troops to invade Ukraine four months ago.

Of that figure, more than six million have sought shelter in neighbouring countries, while eight million people are displaced inside the war-ravaged nation.

So far, Australia has granted humanitarian visas to about 6000 Ukrainian refugees, which will enable them to work and study Down Under for three years.