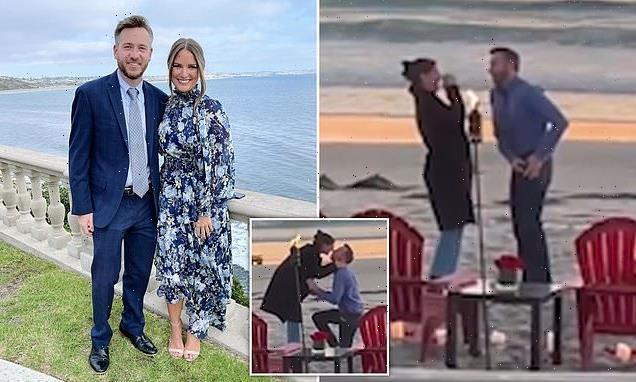 A romantic marriage proposal on a beach at sunset took a comic turn when the boyfriend could not pull the ring box out of his pocket.

Libby Meyer, 29, shared the adorable moment her boyfriend, Ryan Lamont, got down on one knee at La Jolla Shores beach in San Diego, California, and ask for her hand in marriage.

But before he popped the question, he experienced a bout of outfit regret when he could not get the ring box out of the pocket of his tight jeans. 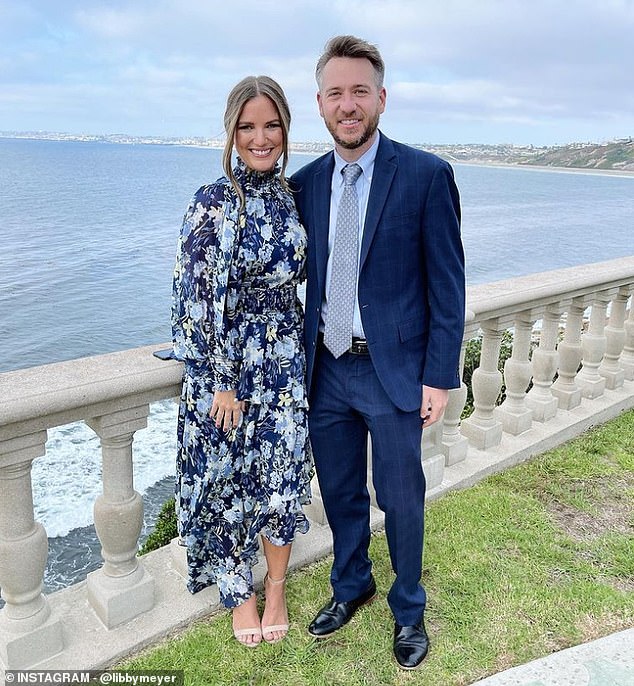 Libby Meyer, 29, with her fiancee Ryan Lamont. She took to TikTok to share the hilarious proposal which took place in December 2021 during a weekend trip to La Jolla in San Diego, California 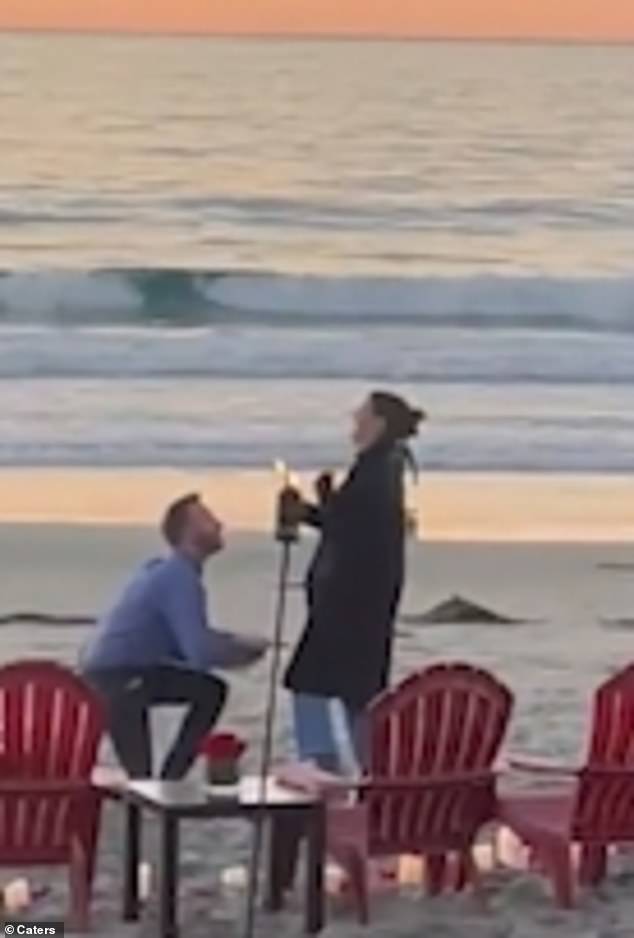 Libby could not stop laughing either, even when Ryan finally dropped onto one knee

The pair, who live in Los Angeles, were filmed on 11 December 2021 by their friends and family hidden in a nearby restaurant overlooking the beach.

Libby shared the footage on TikTok this month, where it soon attracted hundreds of thousands of views.

In the video Ryan starts to fumble in his pocket, but can’t get the vital ring box out. As he continues to struggle, Libby starts to laugh – and is still giggling when finally drops onto one knee to pop the question. 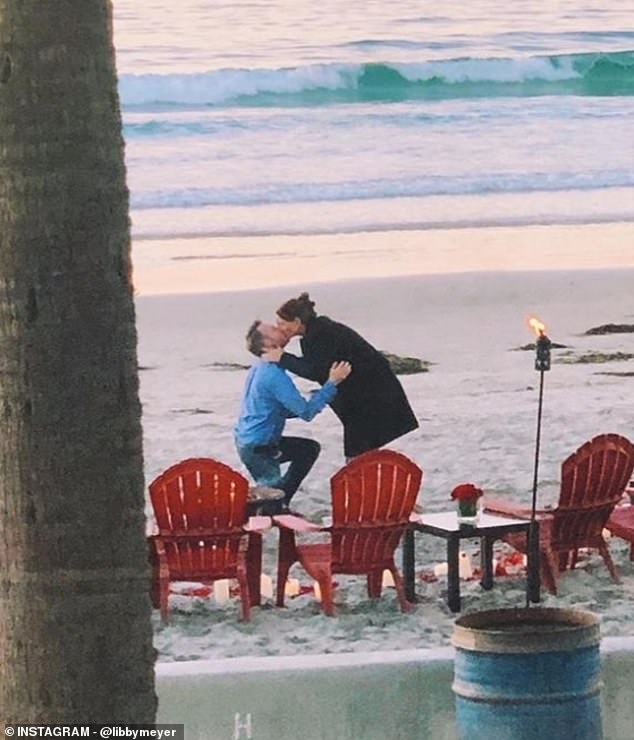 The pair, who were filmed in December 2021 by their friends and family hidden in a nearby restaurant, kissed on the sandy beach with the orange sunset behind them

On the TikTok video shared on 14 April, Libby wrote: ‘We were getting ready to go to dinner and I asked why he wanted to wear dress pants…

‘So he switched to jeans so I wasn’t suspicious.

‘But they were too tight and he literally couldn’t get the ring box out.

‘My best friends and family secretly hiding inside the restaurant laughing and cheering still makes me laugh out loud.’ 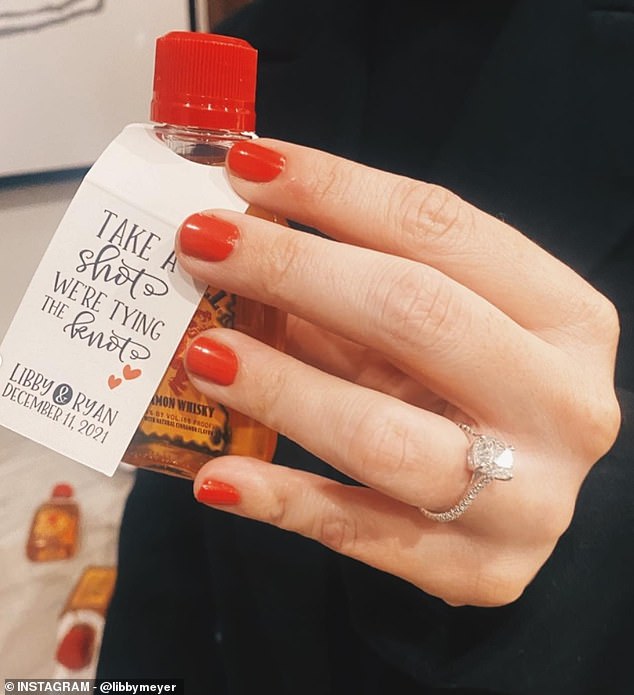 The adorable clip has garnered over 538,000 views, 76,000 likes and over 200 comments, with many sharing their similar experiences and congratulating the happy couple.

One user said: ‘Yes my husband did this – he thought the ring box was too big so he had the raw ring floating around the tiny square pocket in his pants.’

Another commented: ‘Not to be corny but the whole atmosphere is foreshadowing their future. The kids in the back playing with their toys and the old couple passing by.’

One person noted that the funny moment was a good sign for what’s to come: ‘A marriage that begins in laughter – doesn’t get better!’

The adorable clip has garnered over 538,000 views, 76,000 likes and over 200 comments, with many sharing their similar experiences as well as those congratulating the happy couple