A three-year-old collapsed and died at the home he shared with his twin after being found ‘malnourished’, an inquest heard.

Police are investigating Taiwo Abubakar’s death after he was found dead by health workers.

Taiwo had been born in Nigeria but had been living at an address for asylum seekers in Cathays, Cardiff, before his death.

He was last seen three weeks before he died by a family friend who reported their concerns to police.

Coroner’s officer Lauren Howitt said: ‘He was found deceased at his home address. He appeared malnourished.’

A South Wales Police investigation was launched into Taiwo’s death and inquiries are ongoing.

Taiwo was found at the home in Cathays, Cardiff, on June 29 this year.

Pathologist Dr Stephen Leadbeater gave no provisional cause of death to the inquest in Pontypridd, South Wales.

Senior coroner Graeme Hughes said: ‘Due to the fact there is an ongoing South Wales Police investigation into the circumstances surrounding the death, there is sufficient reason to suspect the death may be unnatural.’

Mr Hughes adjourned the inquest until the police investigation and post mortem findings are concluded. 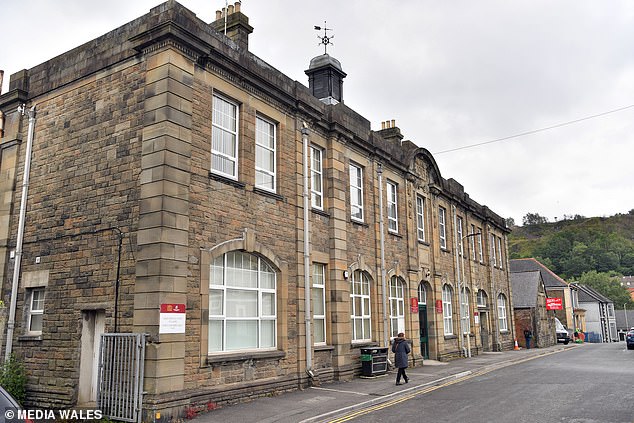 At the time of his death, police said they were called to the property at 5.40pm.

It is understood a woman and another young child were taken to hospital following the call.

The family were believed to have been housed by Clearsprings Ready Homes on behalf of the Home Office’s asylum support system.

The Home Office said it was working with its accommodation providers and other authorities to support them in the investigation.

It is understood that Taiwo suffered a disability and was under the care of a UK children’s hospital.

South Wales Police said: ‘We can confirm the sudden and unexplained death of a young child at a house in Cardiff.

‘Officers were called to the property in Cathays at 5.40pm on Monday, June 29.

‘Cause of death has not been confirmed and enquiries are ongoing.’

The Home Office said in a statement: ‘We are aware of an incident in which a young child sadly died.

‘Our thoughts are with their family and we are working with the local authorities and our providers to ensure they have as much support as possible.

‘It would be inappropriate to comment while an investigation is ongoing and before all of the facts have been established.’

A spokesman for Cardiff and Vale University Health Board said it was ‘co-operating with the investigation’ but could not comment further ‘at this time’.