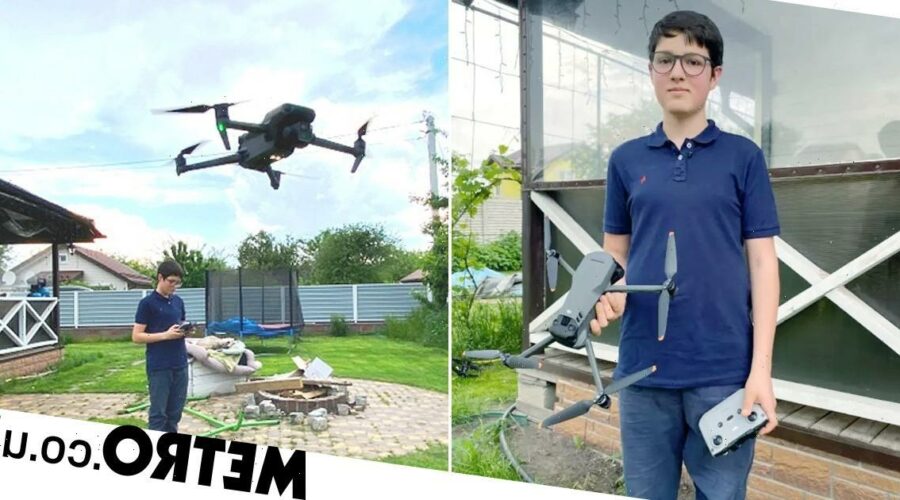 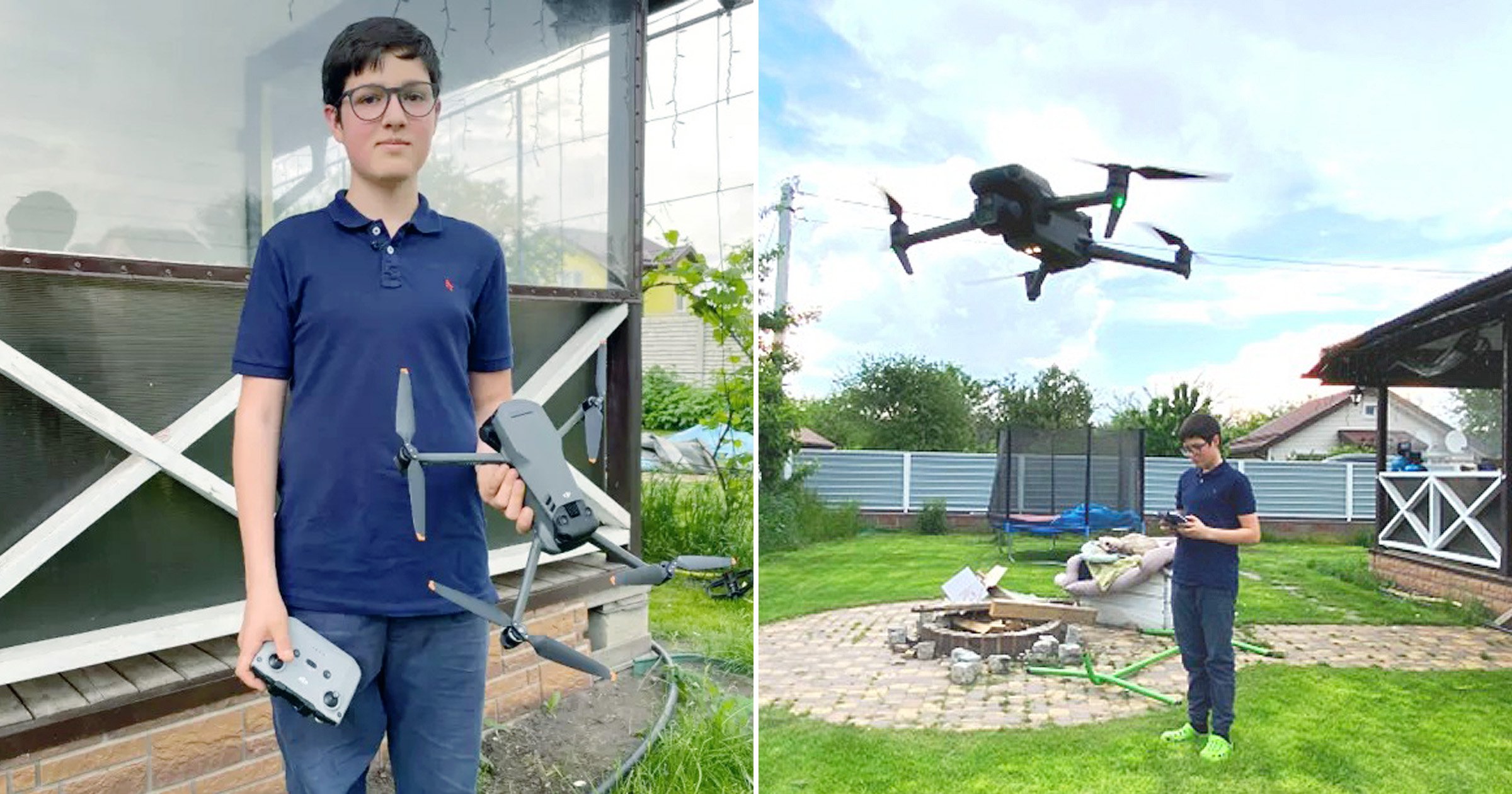 A 15-year-old boy who flies drones as a hobby helped to prevent Russian soldiers from overrunning Kyiv.

Andrii Pokrasa has revealed his role in the defence of the capital after being hailed ‘a real hero, a hero of Ukraine’ by the military.

Desperate soldiers trying to track the position of a column of troops and tanks heading for the capital did not have access to a drone in the early days of the invasion.

His father got in touch with local defenders to tell them his son was skilled at flying one, had bought his own as a pastime and might be able to help.

Not long after, the schoolboy, more used to skateboarding than military reconnaissance, helped direct strikes against the convoy.

The teenager told Global News: ‘They provided us information where approximately the Russian column could be.

‘It was one of the biggest columns that was moving on the Zhytomyr road and we managed to find it because one of the trucks turned on its lights for a long time.’

Ukrainian soldiers targeted the column and were eventually able to stop the march on Kyiv altogether.

Commercially available drones have become a core part of the Ukrainian military’s strategy, as well as more advanced models developed by arms manufacturers.

Taras Troiak, a former retailer, founded a Facebook group to coordinate drone owners in Ukraine who wanted to turn their hobby into a surveillance tool for the the army.

He told the Canadian outlet: ‘If we didn’t have such operators and drones who can help the Ukrainian army, I think Kyiv already could be occupied by Russian forces.’

The Ukrainian army has relied heavily on the Turkish-made Bayraktar TB2 drone, buying dozens in the build-up to the conflict.

They have been central to some high profile operations, including the reported strategy to sink the Moskva.

A first-of-its-kind crowdfunding operation in Lithuania in recent weeks saw more than £5 million raised to purchase one for donation to the Ukrainian military.

The Turkish manufacturer gifted the weapon for free when the fundraising target was hit.