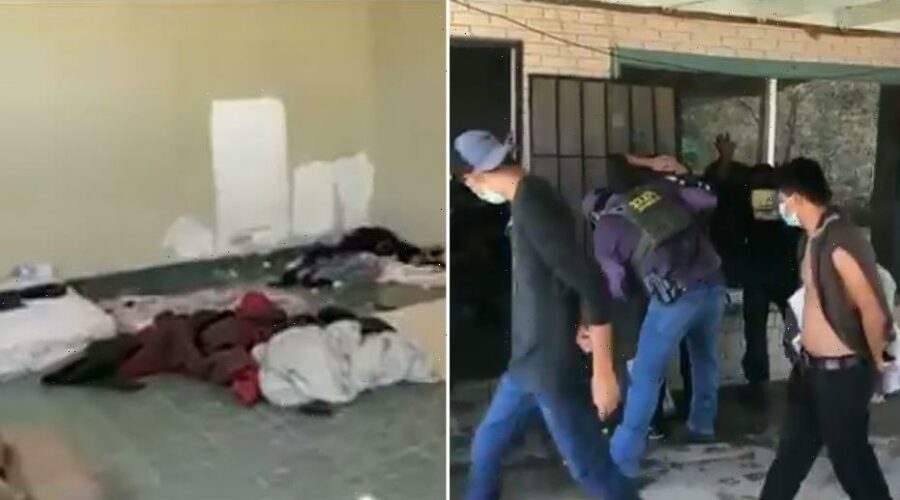 In a joint effort on Thursday, officials with the Laredo Sector Border Patrol, Homeland Security Investigations and Laredo Police Department worked together to shut down the alleged stash house, U.S. Customs and Border Protection (CBP) said in a statement.

“This is the harsh reality a look inside a #stashhouse that was discovered during a joint enforcement operation,” U.S. Border Patrol Deputy Chief Laredo Sector Carl Landrum tweeted.

Video from the scene shows authorities taking the individuals into custody and what the CBP described as the “inhumane” conditions in which these individuals are kept. The interior of the house appeared bare and disorderly, with bedding and blankets spread across the floors.

The more than 100 undocumented individuals were identified as nationals of Mexico, Guatemala, Honduras, El Salvador, Ecuador and Nicaragua, officials said. They were not wearing personal protective equipment and were all medically screened.

CBP said that the COVID-19 pandemic has not slowed down human smuggling and the storing of large groups of people inside the so-called stash houses.

“Stash house incidents such as this pose a threat not only to the people exploited by human smuggling but also to the people and safety of our Nation,” the agency said.

The operation was the latest in officials’ efforts to shut down human smuggling and stash houses in Texas.