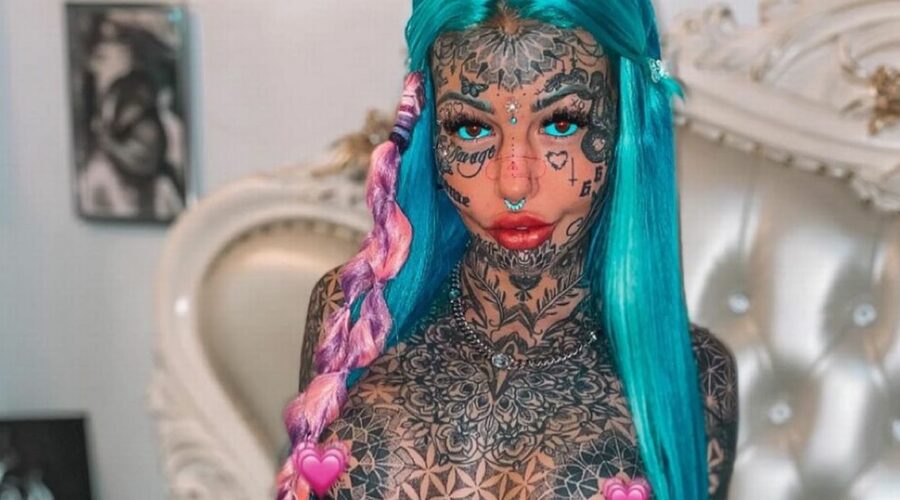 A tattooed model dubbed the 'Blue Eyes White Dragon' broke down and cried in court after she was spared jail for drug trafficking.

She was granted parole and allowed home for Christmas, but was warned to expect a custodial sentence.

The model avoided jail time however, and was given immediate parole to and urged to seek treatment for serious mental health problems.

Police then raided her Capalaba home in August 2020 and discovered a stash of drugs, including marijuana and MDMA.

At the time, Amber told police she called herself a "drug dealer" and admitted to supplying marijuana, but said the MDMA for personal use.

She is understood to have used messaging apps like Snapchat and Wickr to avoid detection.

The prosecution estimated Amber sold marijuana on 48 occasions, with an estimate of about 5.46 pounds (2.432kg) of the drug sold.

Judge Michael Williamson told the model her offending was of a serious nature, but took into account her medical history, including multiple mental health problems.

Mr Williamson said: "You should be grateful for your mother’s support."

He handed her a head sentence of three years’ jail with immediate parole, which left Amber sobbing.

Amber gained a social media following by showing off her body art, including her blue-inked eyeballs.