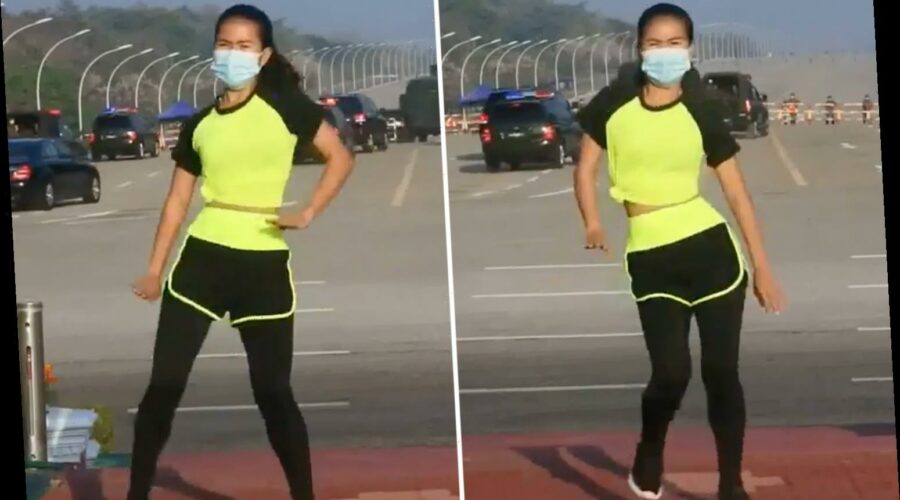 BIZARRE footage appears to show a woman in Myanmar filming an aerobics class as yesterday's military coup unfolds behind her.

Khing Hnin Wai, who reportedly works as a PE teacher, posted a clip of herself performing a three-minute exercise routine by the side of a highway on social media. 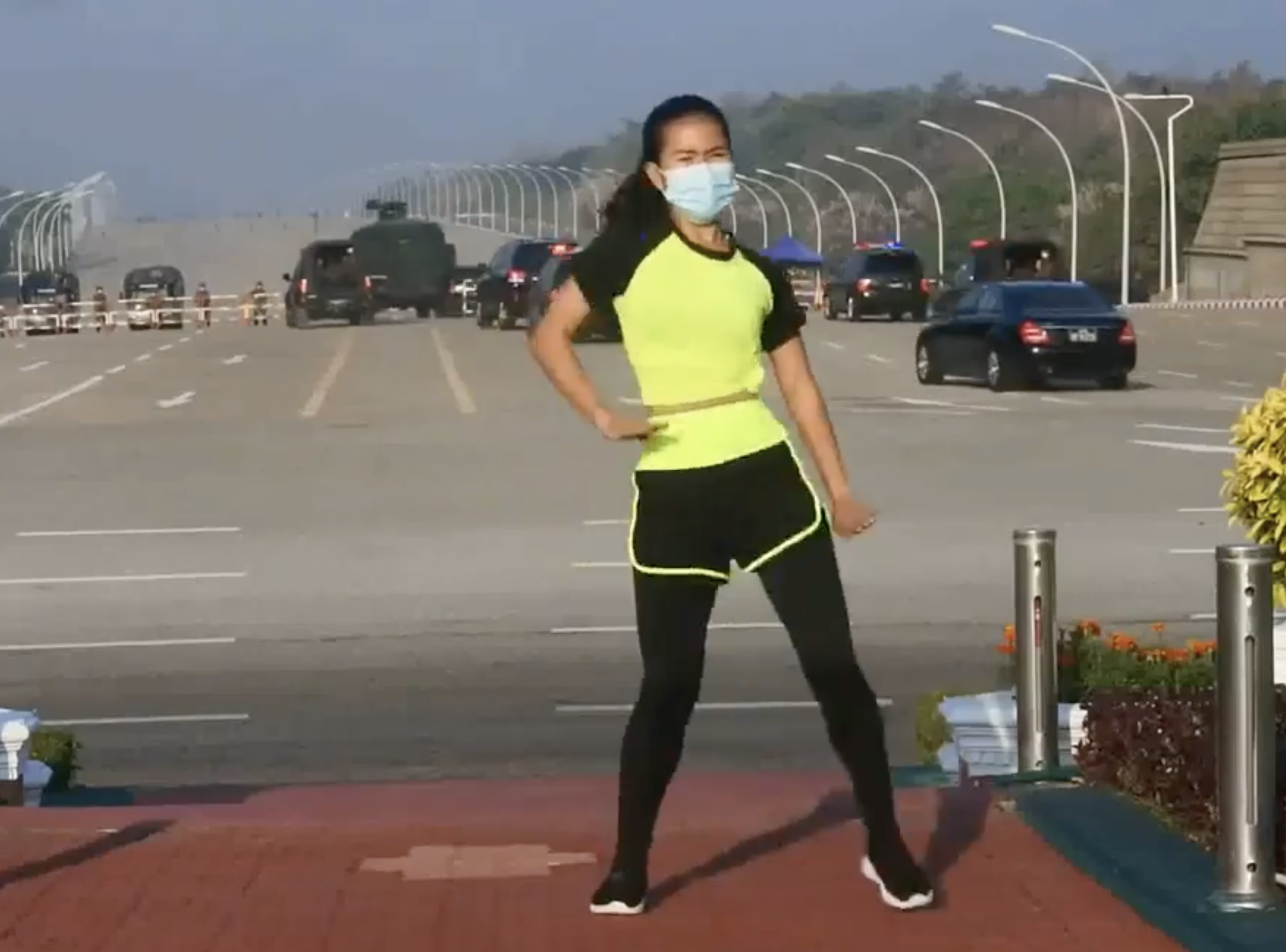 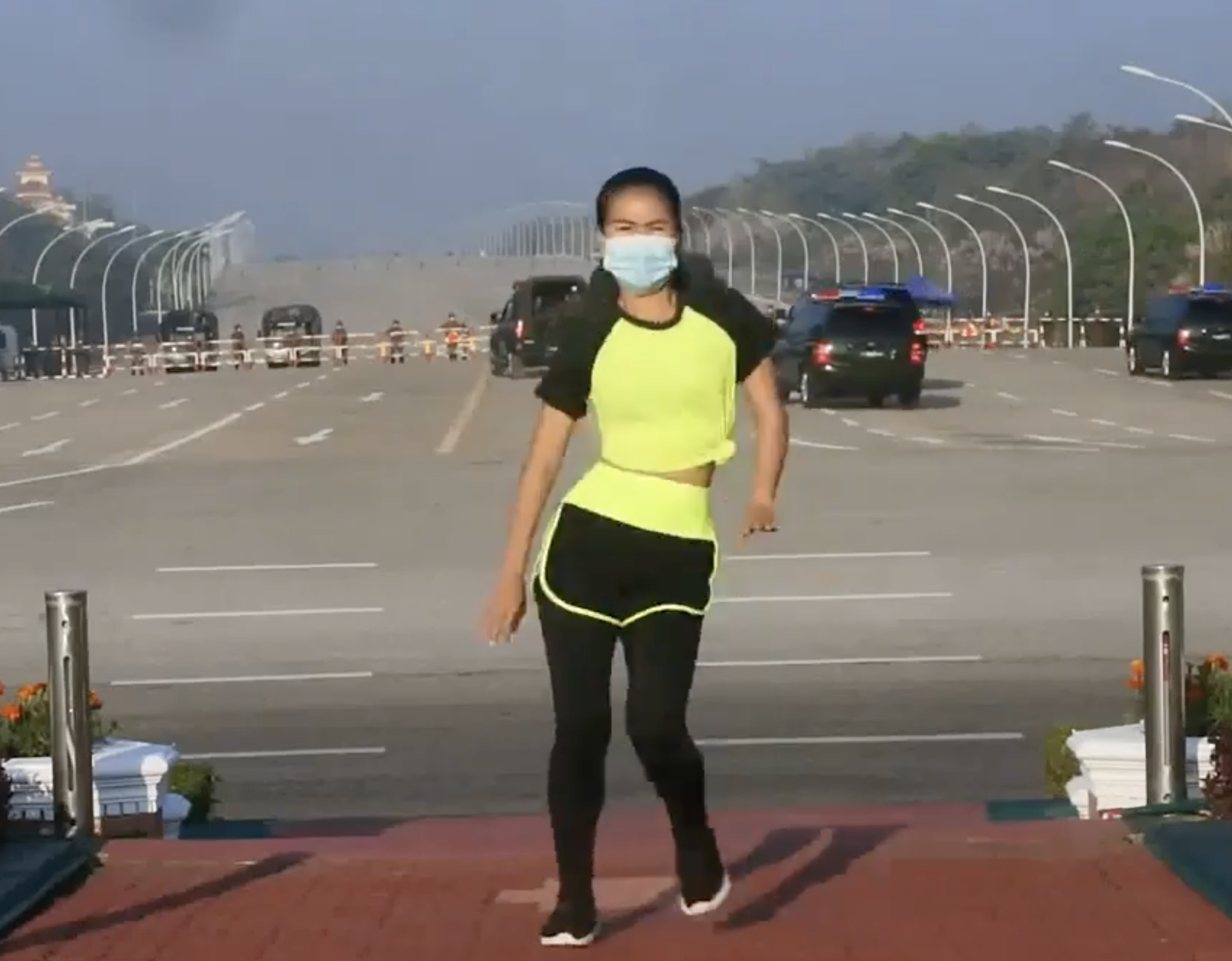 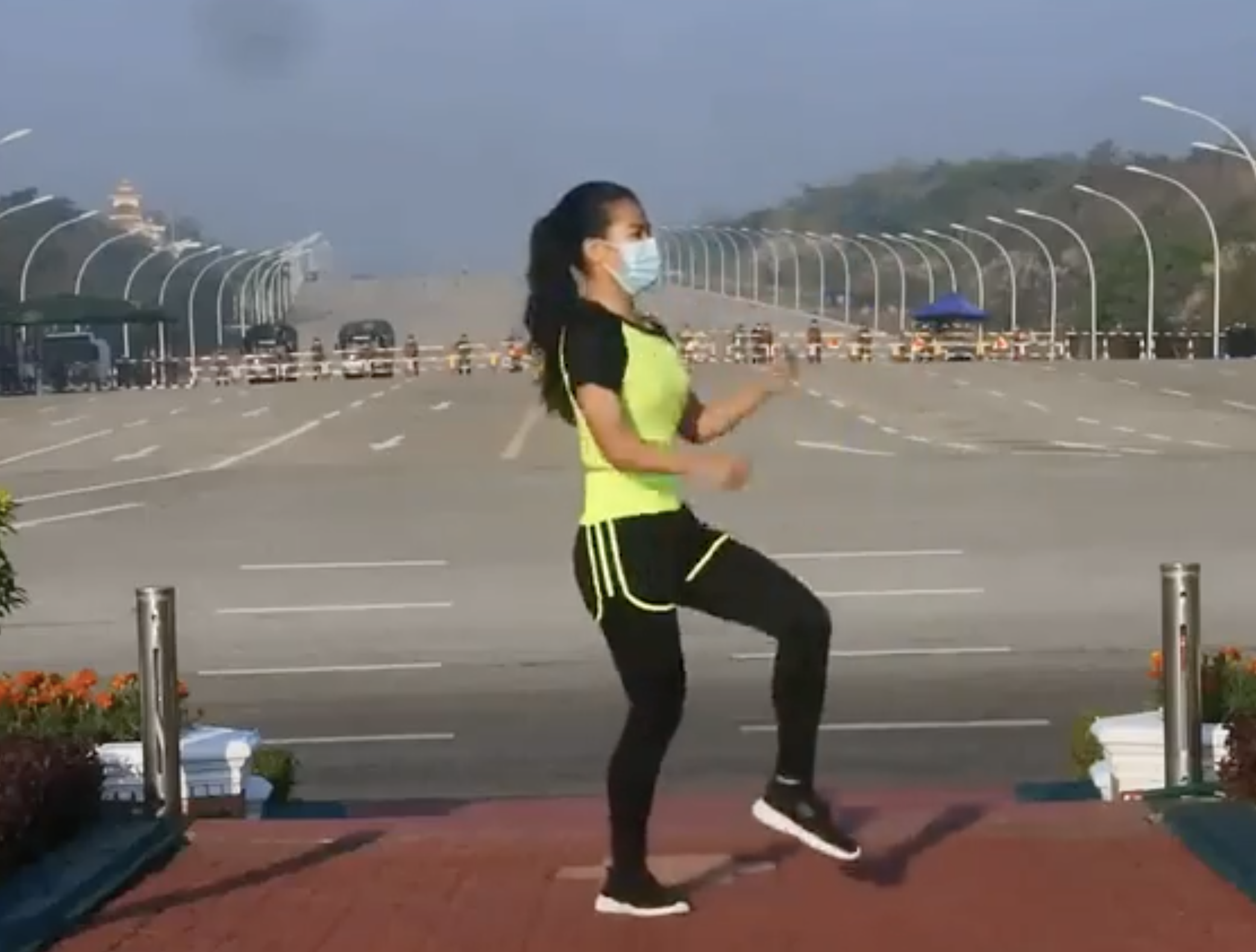 In the background, a roadblock can be seen running across the highway, which appears to be largely deserted.

The spot is reportedly near to Myanmar's parliament building.

As Wai exercises to dance music, a number of SUVs are seen passing her and moving towards the roadblock.

A convoy of around ten other cars and military vehicles, some of them with red and blue lights flashing, then come into view.

They are then seen being allowed through the roadblock and carrying on along the highway.

Wai continues to dance the entire time and goes on to complete the routine.

She later posted the clip to Facebook, and in an accompanying caption appeared to suggest it had been filmed before she heard the news of the coup.

The authenticity of the clip has not been verified, but Wai has since said she often films exercise videos on the same spot and posted numerous other clips as proof.

Dozens of users of social media reacted to the video with amazement.

"'The revolution will not be televised'," wrote one.

"Apparently, the Myanmar coup will be televised…"

Another said the clip was “the most emblematic video of the 2020’s”.

On Monday morning, the democratically-elected members of Myanmar's ruling parts, the National League for Democracy, were deposed by its military.

Aung San Suu Kyi has played a central role in Myanmar's transition from military junta to partial democracy, and is a recipient of the Nobel Peace Prize, though has recently been criticised for her inaction over the genocide of the Rohingya people by her country's military.

The coup occurred the day before the members of Myanmar's parliament elected at a general election in November were due to be sworn in.

The military has now declared a year-long state of emergency, and said that power will be vested in Min Aung Hlaing, the commander-in-chief of the armed forces. 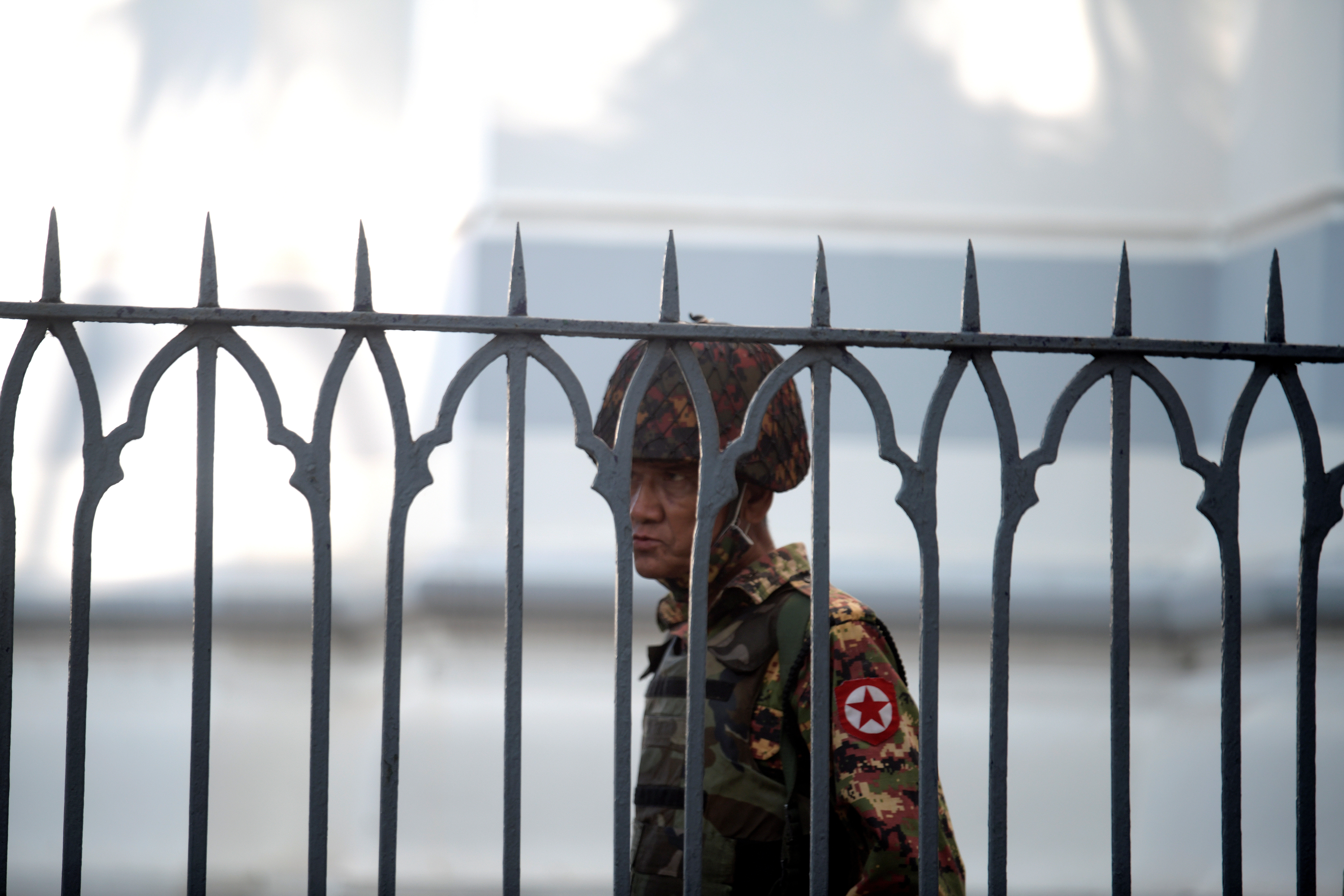 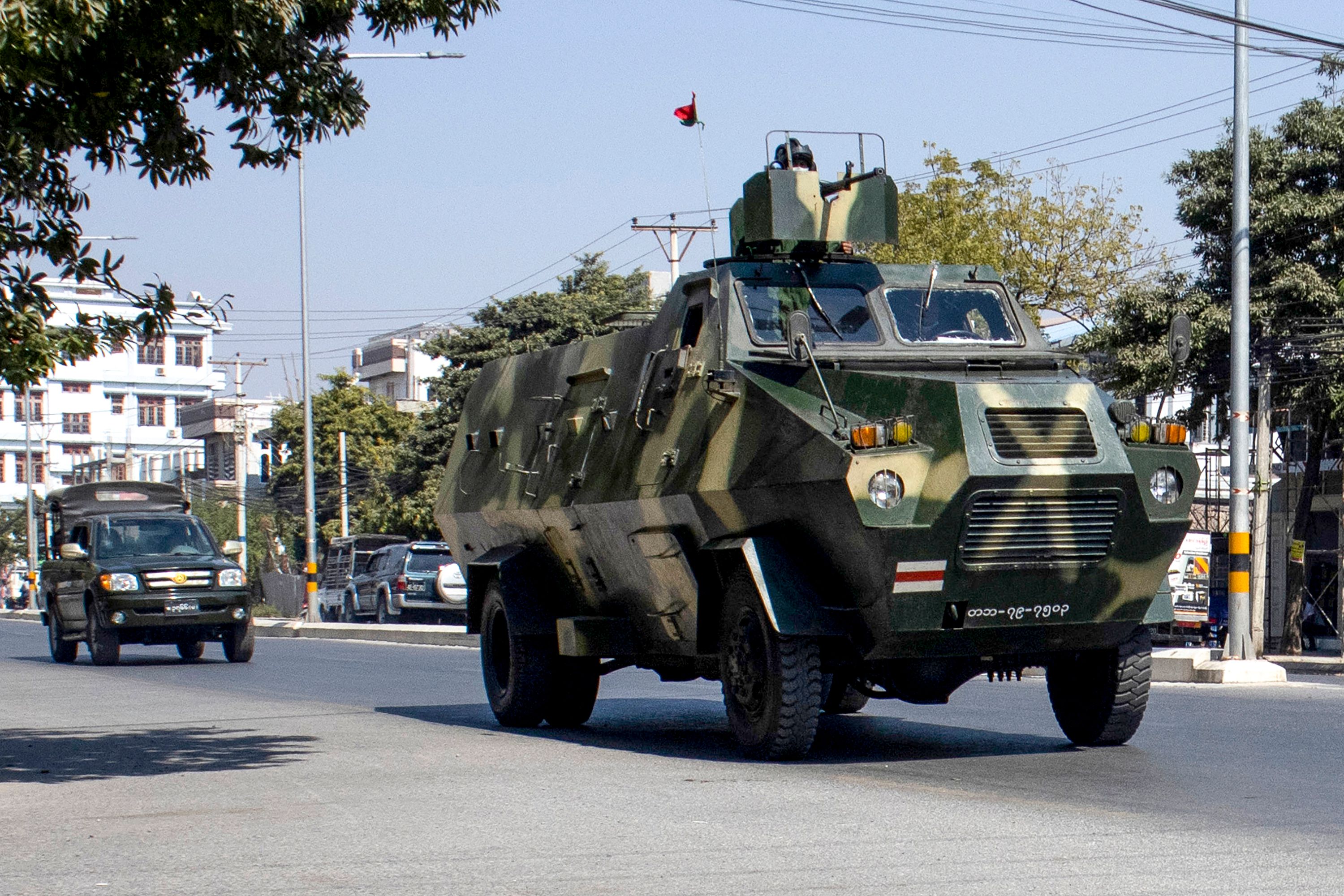