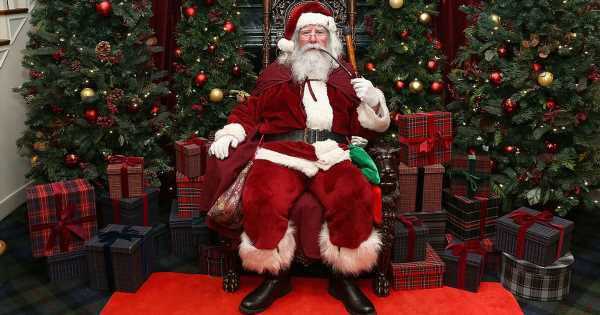 An Italian Bishop has been forced to apologise to furious parents after he left their kids traumatised with a bombshell revelation – that Santa Claus doesn't exist.

A group of schoolchildren were heartbroken after Bishop Antonio Stagliano broke the news just two weeks before Christmas during a religious festival.

The bishop of Noto in Sicily was also slammed for saying that Santa's costume was a publicity stunt and that his "red coat was chosen by Coca-Cola for adverts", according to local media.

A spokesperson recently addressed Mr Stagliano's regret on Facebook, and said his "intentions were quite different", reports the Daily Mail.

Communications director, the Rev Alessandro Paolino, wrote: "First of all, on behalf of the bishop, I express my sorrow for this declaration which has created disappointment in the little ones.

"We certainly must not demolish the imagination of children, but draw good examples from it that are positive for life."

They added: "So Santa Claus is an effective image to convey the importance of giving, generosity, sharing.

"But when this image loses its meaning, you see Santa Claus aka consumerism, the desire to own, buy, buy and buy again, then you have to revalue it by giving it a new meaning."

While some parents accepted the bishop's apology, others said they "didn't understand a thing" when it comes to family education.

One person on Facebook commented: "Children will have time to build their faith. One must also believe the magic of Christmas!"

While another said: "You have demolished the children’s imagination. It was not certain that the meaning of Christmas could be exalted with denial-ism, but not this way."