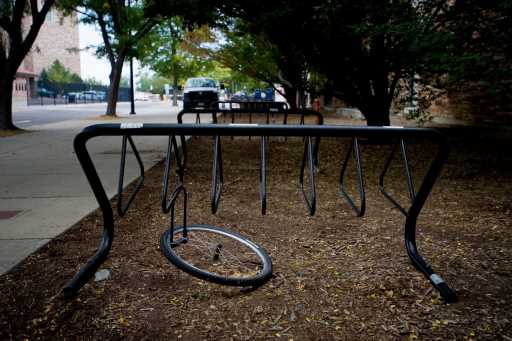 A man accused of being a chronic bike thief was tackled to the ground by several men in Aurora who held him there until police arrived and the suspect was taken into custody.

Aurora police have been investigating a series of bicycle thefts from Stanley Marketplace over several months, police said Friday on Twitter.

On May 5, a suspect was corralled by at least three men who held him on the ground and summoned police. The suspect was arrested on an outstanding warrant and for investigation of larceny.

Police believe the suspect is responsible for allegedly stealing “hundreds” of bikes in northwest Aurora and possibly in Denver. The department praised the community members who took quick action and “safely held the suspect.”

13/05/2022 World News Comments Off on Bike thefts in Denver: Suspect in “hundreds” of stolen bike arrested in Aurora
Markets