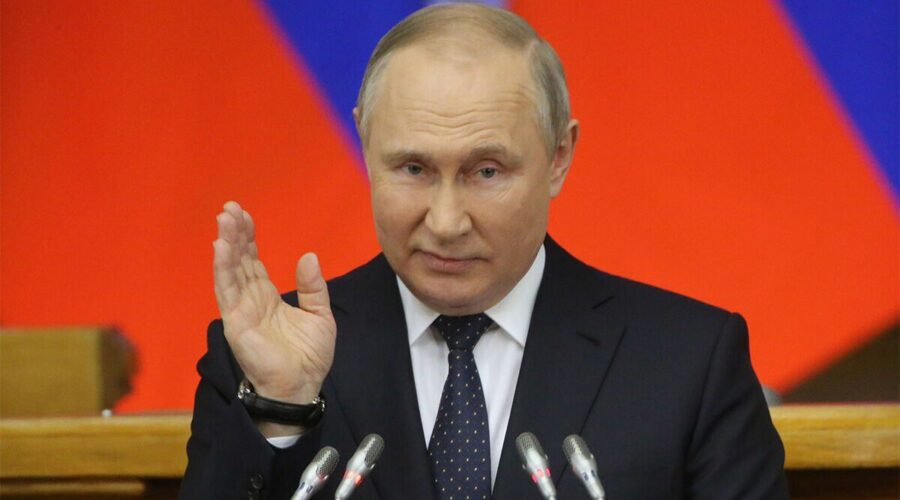 Finland has announced it will be applying to join NATO, with Sweden widely reported to follow suit. Putin has repeatedly called NATO’s expansion menacing, and the prospect of Ukraine joining it a major threat.

Noting reports Sweden could also join the defence pact, the former official said the countries want to join NATO because they “believe that a strong alliance is the best guarantee of European security”.

Mr Fallon also said Russia “has shown repeatedly that it does not respect international treaties”, citing agreements on chemical and biological weapons.

In 1994, Moscow signed the Budapest Memorandum on Security Assurances, which ascended Ukraine to the Treaty on the Non-Proliferation of Nuclear Weapons. only to invade Crimea and the Donbas region.

Writing in the Telegraph, Mr Fallon said Finland and Sweden “understand that Russia and NATO cannot be equal partners” because of Moscow’s history.

He then said: “Finland and Sweden already know that Russia cannot stop them joining, nor need they fear any reprisal.

“If Russia’s quarter of a million strong army couldn’t capture Kviv, it’s hardly likely to be able to take Helsinki.

“Russia now faces a long attritional war in the Donbas and will find it difficult, with a cratered economy and under Western sanctions, to refit its forces properly.

“So neither Finland nor Sweden should be seen as weak supplicants desperate for shelter under the NATO umbrella.“

He added the foreign ministry in Moscow said it would have to take “military-technical” steps if Helsinki applied for NATO accession.

Mr Peskov said: “The expansion of NATO and the approach of the alliance to our borders does not make the world and our continent more stable and secure.

“Everything will depend on how this process takes place, how far the military infrastructure moves towards our borders.”

US to read Brexit riot act to UK: Washington reps jet to London

Russia’s foreign ministry also said Moscow would be “forced to take reciprocal steps … to address the resulting threats to its national security” if Finland joined NATO.

It then accused NATO of seeking to create “another flank for the military threat to our country” and said Helsinki should “be aware of its responsibility and the consequences of such a move”.

They said: “We hope that the national steps still needed to make this decision will be taken rapidly within the next few days.”

It comes after Russia failed three time to build bridges across a river in the Donbas region according to the UK Ministry of Defence.

“Images indicate that during the crossing of the Siverskyi Donets river west of Severodonetsk, Russia lost significant armoured manoeuvre elements of at least one Battalion Tactical Group as well as the deployed pontoon bridging equipment.

“Conducting river crossings in a contested environment is a highly risky manoeuvre and speaks to the pressure the Russian commanders are under to make progress in their operations in eastern Ukraine.

“Russian forces have failed to make any significant advances despite concentrating forces in this area after withdrawing and redeploying units from the Kyiv and Chernihiv Oblasts.”