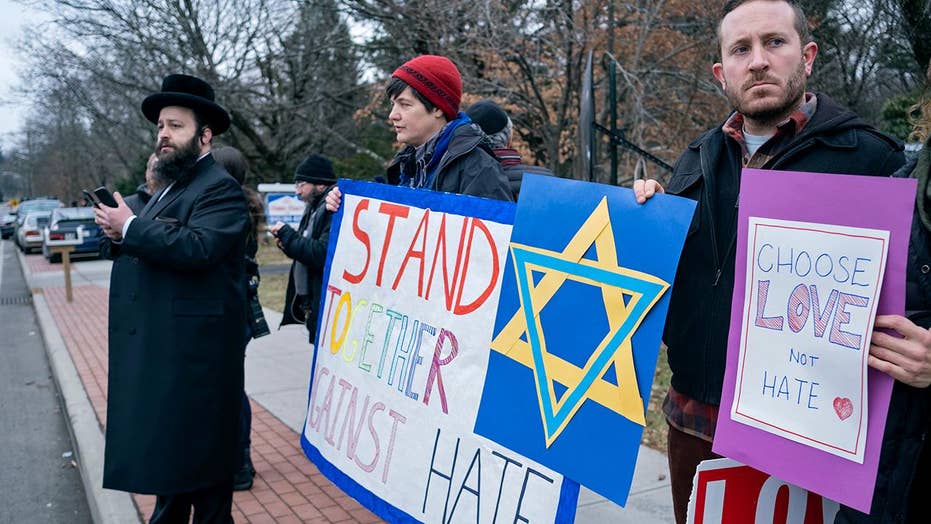 Is the left serious about eradicating anti-Semitism?

Amid rising anti-Semitism in Europe, local Jewish activists in the liberal capital of Germany said they're upset that Berlin police stopped them from dismantling an installation made by left-wing artists which allegedly held remains of victims of the Holocaust.

The Performance Art Committee, a group whose members included both Jewish and non-Jewish activists, said about 20 of its members attempted to cut down a pillar holding an urn that the left-wing Center for Political Beauty placed in front of German parliament last month.

The International Auschwitz Committee condemned the installation last month. Auschwitz survivors were “aghast at this installation, which hurts their feelings and the eternal peace of the dead of their murdered relatives,” the committee said. 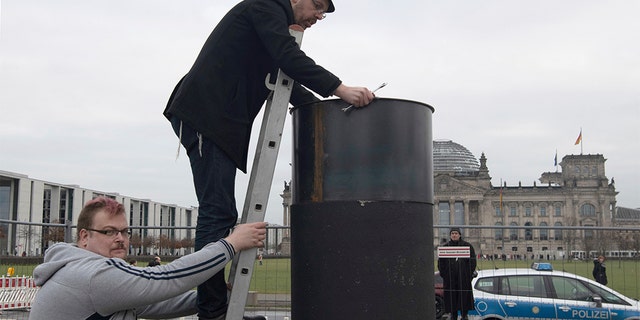 The author Eliyah Havemann reattaching a previously dismantled steel plate to the controversial steel column opposite the Reichstag building in Berlin on Sunday. (Paul Zinken/dpa via AP)

The Center for Political Beauty, which has been known for its provocative stunts, said the urn contained soil from 23 locations near Nazi death and concentration camps in Germany, Poland and Ukraine where the remains, including ashes, of Holocaust victims were dumped.

The group said it didn’t open any graves.

“We only looked for earth-covered human remains that were hidden by the Nazis in the surroundings of the former death camps,” it said last month.

Jewish groups said regardless of whether the urn contained actual remains, the stunt was a sign of deep disrespect to the victims. 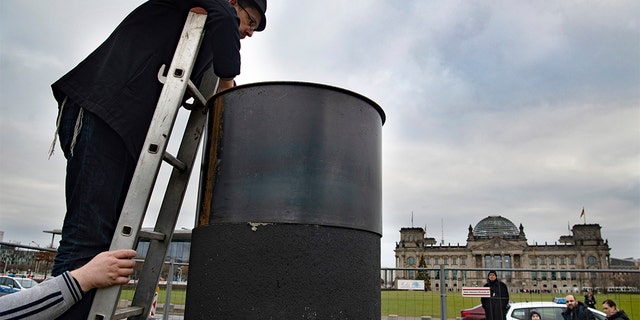 Several activists have tried to dismantle the controversial steel column in Berlin. (Paul Zinken/dpa via AP)

Berlin police spokesman Martin Halweg confirmed to The Associated Press that a member of the Center for Political Beauty had submitted a criminal complaint for property damage to police.

Officers at the scene recorded the identities of four people, and then ordered them to leave the site, which they did, he said. The pillar remained stable, Halweg added.

Following a public outcry, the Center for Political Beauty issued a partial apology for hurting the feelings of Holocaust survivors and victims’ families, but defended the purpose of the stunt, which it said was to highlight the ongoing need to examine Germany’s Nazi past and the recent revival of the far-right.