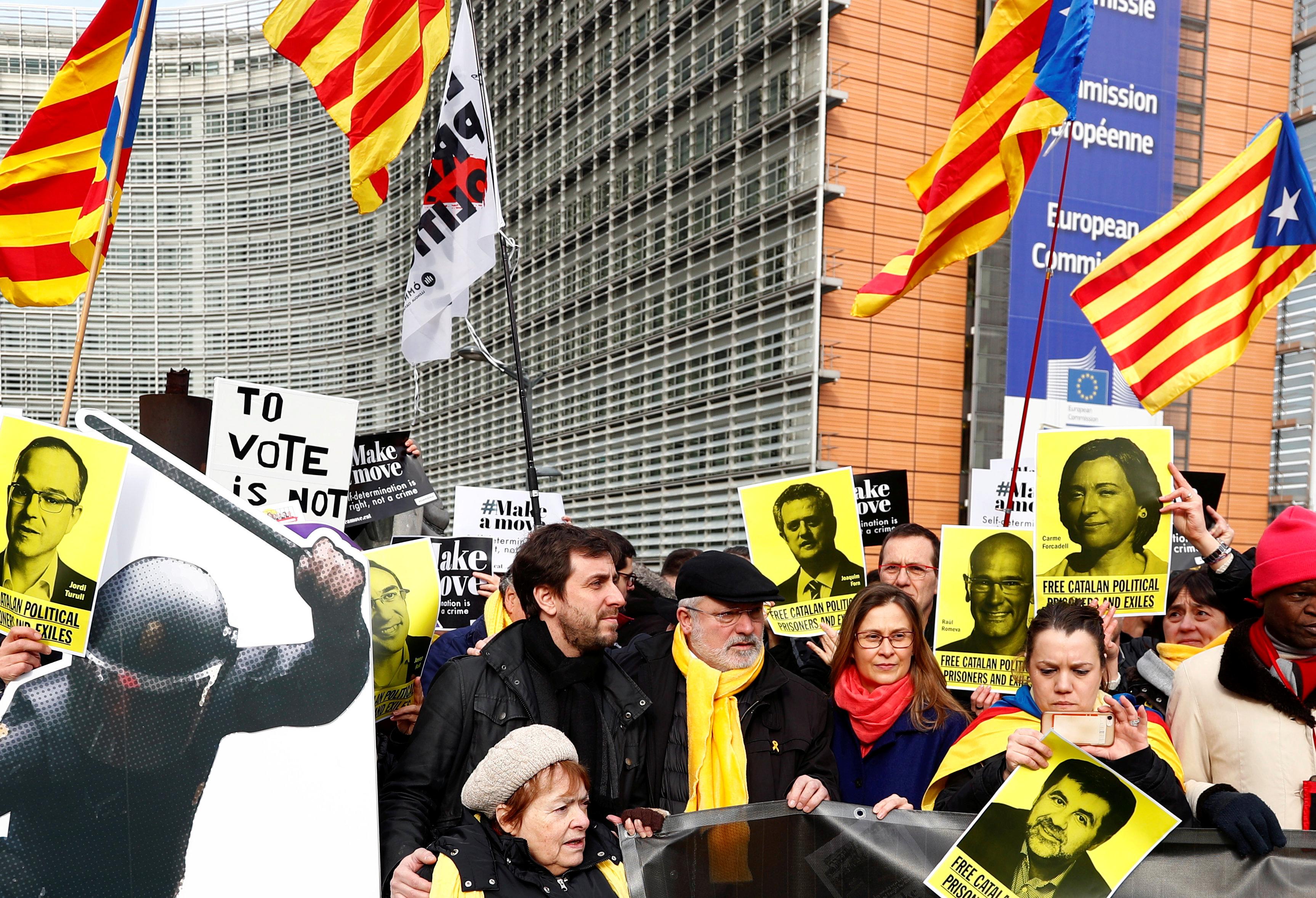 BRUSSELS (Reuters) – Two Catalan leaders sought by Spain for their involvement in a failed independence bid have been formally arrested in Belgium but then released pending an extradition hearing, Belgian federal prosecutors said in a statement on Friday.

Spain has reactivated European warrants for Lluis Puig and Toni Comin since nine other separatist leaders were given long prison sentences in Madrid last month for their role in an illegal referendum and declaration of independence for Catalonia in 2017.

Former Catalan leader Carles Puigdemont, also the subject of an arrest warrant, is already due to appear before a Belgian court on Dec. 16.

Spain has also revived a European arrest warrant for academic Clara Ponsati, who lives in Scotland.

Puig and Comin were notified of their arrest warrant when they presented themselves to Belgian police on Thursday, then released on condition that they do not leave Belgium.

They are contesting their extradition and a court will hold a hearing on the matter on Nov. 15, prosecutors said.