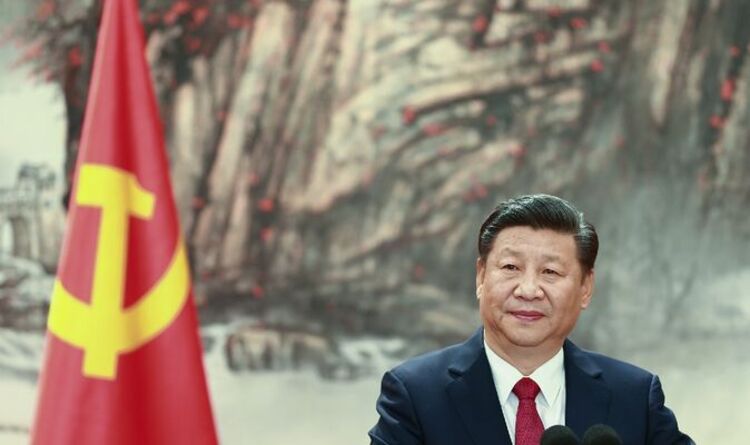 Mark Steyn has argued that Commonwealth countries in the Caribbean, which are looking to become independent from Britain and the Royal family, are falling under the influence of China. He warned that islands like Jamaica and the Bahamas are becoming “Chinese client states.”

Mr Steyn told GB News: “But in this Jubilee Year the Chinese are using that Belt and Road Initiative to snaffle up the Commonwealth island by island.

“On Monday’s show, Her Majesty’s former press secretary Dickie Arbiter poo-pooed the accelerating demands to dethrone the Queen and said it was cool, it was quite natural that Jamaica and the Bahamas and wherever is next should wish to quote ‘go it alone.’

“But they’re not going it alone.

“They’re becoming Chinese clients states and that is a tragedy and a disaster for the world.”

“in the Parliament of the Solomon Islands this week they began the session with God Save the Queen and then moved forward with plans for a Chinese military base.”

It comes as Beijing’s diplomatic and military pressure on Taiwan while the West is focused on the war in Ukraine.

Speaking at an American Chamber of Commerce in Taiwan event late on Wednesday, Sandra Oudkirk, director of the American Institute in Taiwan which handles relations in the absence of formal diplomatic ties, said managing US differences with China faces “distinct challenges”.

“The PRC’s increasingly aggressive behaviour is nowhere more evident than in relation to Taiwan, where the PRC has continued to exert military, diplomatic, and economic pressure,” she said, referring to the People’s Republic of China, in remarks released by her office on Thursday.

“Continued efforts by Beijing to choke Taiwan’s international space, pressure its friends, and interfere in Taiwan’s democratic system represent a threat to all democracies.”

China claims democratically-governed Taiwan as its own territory, and has over the past two years or so ramped up military and diplomatic pressure to assert those claims.

The United States is Taiwan’s most important international supporter and arms supplier, a source of constant friction between Washington and Beijing.

Mr Oudkirk said that in order to strengthen Taiwan’s role as a regional security partner, the United States remains committed to helping Taiwan “maintain its ability to deter aggression and to defend itself”.

“We have a shared and abiding interest in peace and stability across the Taiwan Strait. We consider this central to the security and stability of the broader Indo-Pacific region and are deeply concerned by ongoing PRC efforts to undermine that stability.”