A ‘beautiful angel’ mother, 29, who was found dead has been named – as her heartbroken loved ones pay tribute.

Morgan Green died inside a property in High Barns, Ely, after police were called shortly after 2pm on Tuesday.

Paramedics desperately tried to save Ms Green’s life but to no avail and she was pronounced dead at the scene. 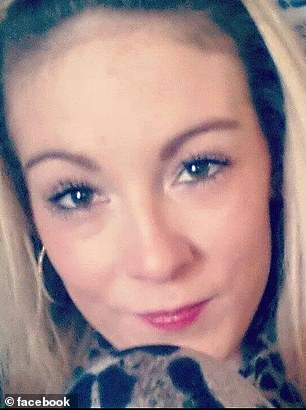 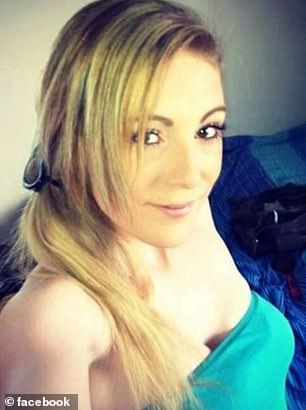 A ‘beautiful angel’ mother, 29, who was found murdered has been named as Morgan Green (pictured)

Rachael Hough – a close friend of Ms Green – wrote in a tribute: ‘RIP you beautiful angel you were loved by so many and will always be remembered.’

In quotes reported by The Sun she added: ‘She has family and friends that adored her. Everyone goes down different paths but I won’t have someone slate her either.’

Friends Hollie Maynard and Jade Houlding have launched a fundraiser for a funeral for Ms Green.

The description posted along with the GoFundMe reads: ‘I’m not going to go into detail on what’s happened, just know this beautiful young lady was taken too soon.

‘I’m doing this so we can give Morgan the best send off and make this difficult time a bit easier for her family. Fly high you beautiful girl.’

It is unknown how many children Ms Green leaves behind, or how old they are. 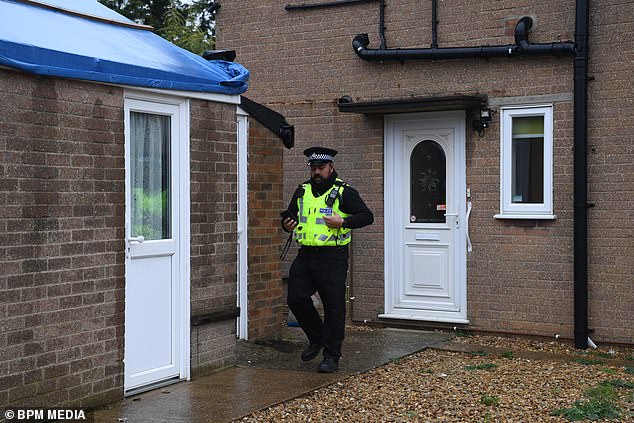 Ms Green died inside a property in High Barns, Ely, (police outside the property, pictured) after police were called shortly after 2pm on Monday

Emergency services were called to the scene at 2.10pm on Monday over concerns about a woman in High Barns, Ely.

Investigating officers said they are treating her death as murder. Forensic officers have secured the crime scene.

Police have arrested a 38-year-old woman and two men aged 53 and 29 from Littleport on suspicion of murder.

A 28-year-old woman from Littleport has been arrested on suspicion of assisting an offender.

They are all being questioned at Thorpe Wood police station.

Cambridgeshire Police confirmed a post mortem is due to take place at Peterborough City Hospital on Friday.

Detective Inspector Dale Mepstead, who is investigating, said: ‘We will be conducting enquiries in and around High Barns area while our investigation into the death continues.

‘There will be a large police presence while we carry out these enquiries and we would like to reassure people that we are treating this as an isolated incident.’

Anyone with information should call police on 101 quoting incident 220 of 1 December or visit www.cambs.police.uk/report.