Looking ahead to the weekend, weather-wise in Europe the northwest will stay unsettled with rain and showers, according to BBC meteorologist Chris Fawkes. However, the presenter noted that an area of cloud pushing its way eastwards has been spotted as a weather front. He warned that this is going to be bringing some rain to many areas.

Mr Fawkes told viewers: “We’ll get about 10 to 20mm from this weather system.

“So the rain won’t be massively heavy but there’ll be a few heavy bursts from now and then.

“To the northwest, we’ll see those showers really roll in.

“Some of them will be really quite heavy across parts of Belgium, the Netherlands, northern Germany and Denmark.” 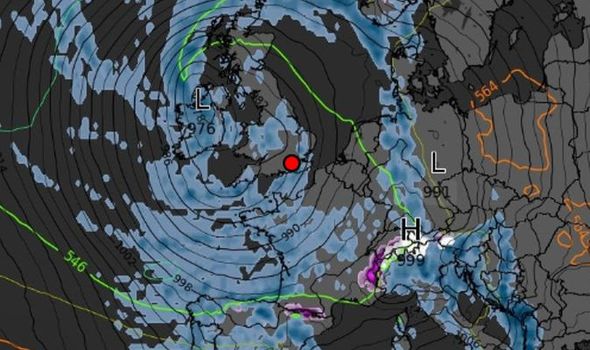 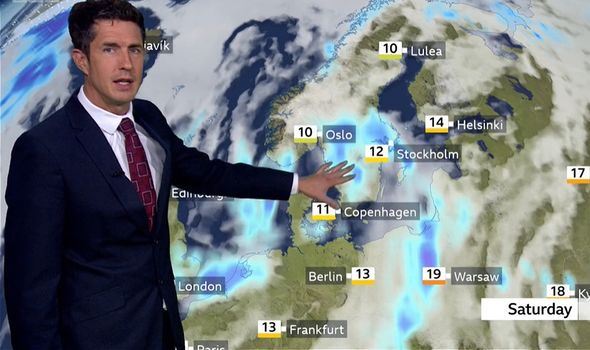 He continued: “There’ll be a risk of some thunderstorms mixed in with those showers.

“For southeast Europe, it’s dry and settled with plenty of sunshine around.

“It will still be warm, although not quite as hot as it has been for the likes of Turkey and Cyrpus. 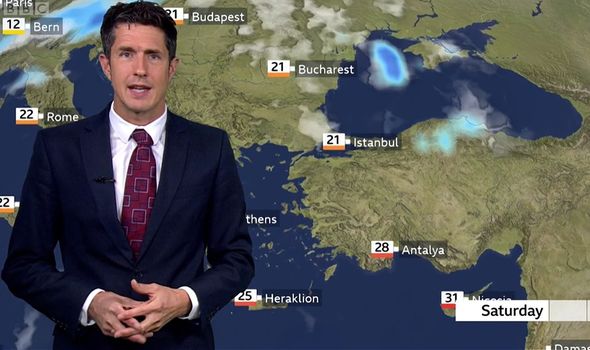 The weather presenter added: “There’ll be showers there in the forecast for Copenhagen with highs of 11.

“Stockholm will experience similar temperatures, maybe with some lengthier outbreaks of rain for a time here.

“On into Sunday, our area of low pressure will move a little bit further eastwards.” 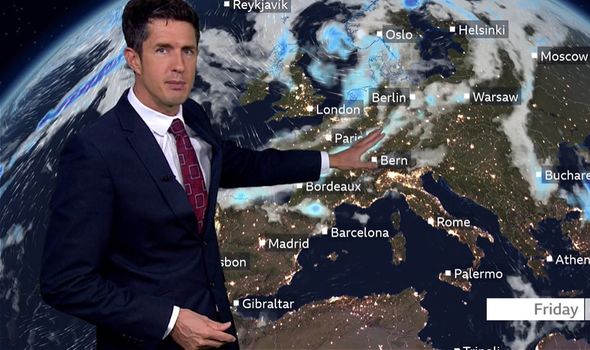 Mr Fawkes said: “This will push the rain into Finland and western most areas of Russia as well.

“But Moscow will stay dry and mild with temperatures around 16 degrees.

“Heavier rain will work into parts of Croatia and Bosnia and Herzegovina as well.

“Over the next few days, in Paris it stays relatively cool, there will be some showers around from time to time.

“In Kyiv, bright skies with some sunshine with temperatures into the high teens and low 20s, which is quite mild.”

Who is Luciana Berger? Former Labour MP who slammed Jeremy Corbyn – The Sun

Who is Luciana Berger? Former Labour MP who slammed Jeremy Corbyn – The Sun