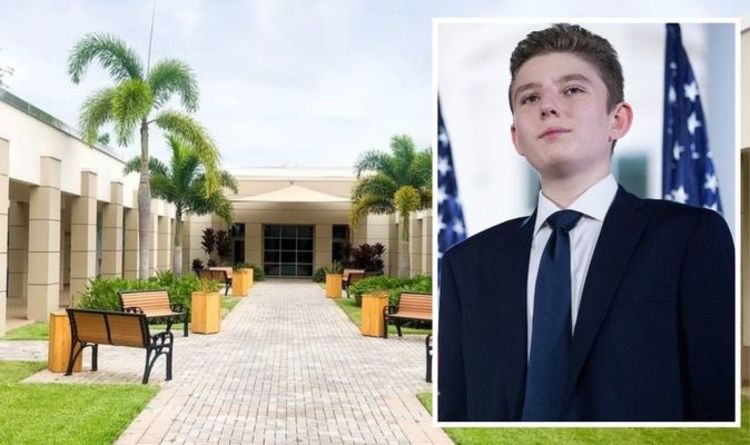 Donald Trump will address last year’s riots at the Capitol at a rally in Arizona today. The former President had been scheduled to hold a press conference on January 6, the anniversary of the attack, but it was cancelled at the last-minute. Two Senators had advised Mr Trump that the press conference was “not a good idea”, with many other Senate Republicans largely preferring to ignore him.

The press conference was due to be held at his Mar-a-Lago resort, but he will now discuss “many of those important topics” at today’s rally.

Mar-a-Lago in Florida’s Palm Beach is just one of a handful of impressive estates that he owns.

It is filled with a range of impressive amenities including an oceanfront swimming pool and sports courts for millionaire club members to enjoy.

Once dubbed his ‘Winter White House’, Mr Trump relocated there with his third wife Melania and their only child together, Barron, after vacating the White House, instead of returning to ‘Trump Towers’ in New York.

It was founded by American billionaire businessman William I Koch in 2011.

The school’s website says it aims to inspire students in grades 7-12, the equivalent of Year 8 to Year 13 in the UK, by “offering a different approach to secondary education”.

It adds: “With access to state-of-the-art technology, a 54-acre campus, and passionate educators, our students, approximately 500, are prepared to meet the world boldly with initiative and kindness.

The school encourages sporting participation, with at least 16 sports on offer including athletics, basketball, football and swimming.

A range of student-led clubs are also offered. These include a Cancer Awareness Club, through which students can volunteer and participate in events with local cancer societies, and the Mental Health Awareness Club which aims to ensure no student is alone in their internal struggles.

Standing at 6ft7in as of last year, Barron is believed to be a “smart” promising footballer — or soccer player, as said in the US — and was previously spotted wearing an Arsenal shirt on the front lawn of the White House.

According to a SCMP report in 2020, Barron played for the DC United under-12 and Arlington Soccer Assocation’s under-14 teams.

The youngest son of the 45th President will be given unprecedented access to explore his own career interests.

In 2014 they launched their aviation program, which uses a Redbird MCX Flight Simulator.

Students can choose elective courses, as well as attending extracurricular clubs, which provide stunning opportunities to explore the aviation industry.

Certified flight instructors supervise students during their use of the full-motion simulator, allowing students to accumulate hours towards attaining a pilot’s license.

Among the other Signature Programs are Artificial Intelligence, the opportunity to explore individual research topics and a course on British Literature.

Upon confirmation that Barron would be joining the school, parents were warned that the secret service would have a presence on campus, The Sun reported last year.

The school said at the time of the secret service: “They want to have little impact on our day-to-day operations.

“They’ve done this for other former presidents’ kids. They’re fantastic.”

Donald Jr and Eric are reportedly neighbours, having picked up property in the Sunshine state.

Elder daughter Ivanka bought a plot of land in Florida’s Indian Creek Island Road with her husband Jared, while younger daughter Tiffany was reported to be looking at homes in Miami.