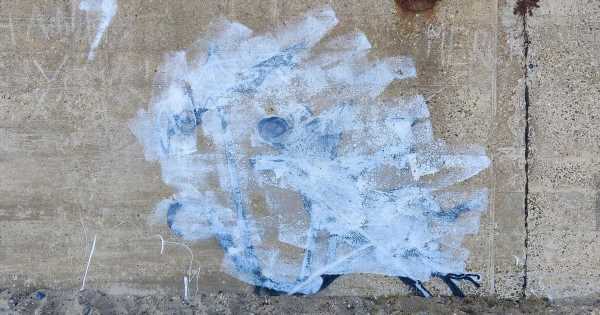 A Bansky mural on the Suffolk coast has been destroyed within two days of him confirming it was genuine.

The picture of a rat sipping a cocktail, while sitting in a deckchair under a parasol, looks to have been covered by someone using a paint roller.

The world famous stenciler, who describes himself as an "overrated graffiti artist", shared a video of himself completing his latest creations with his 11 million Instagram followers on Friday.

However a local In Lowestoft has shared pictures of the defaced creation according to Suffolk Live.

Resident Richard Girling went down to the seafront early this morning to find the now-famous work on the sea wall had already been vandalised.

Mr Girling said: "We live about half a mile from the rat artwork and walk the dog in the area daily. We walked by the rat at about 6:30 pm yesterday evening and it was fine. A steady stream of people were arriving to take pictures.

"We saw on Facebook at around midnight it had been defaced. (We) walked down there this morning to see the extremely sad sight."

Further pictures show a woman on the beach attempting to clean up the graffiti. Mr Girling said the woman told him it was the first Banksy art she had ever seen.

He added: "She was so distressed she went home and got some cleaning equipment. She was being very careful and it looked like the white paint was very slowly coming off."

It's one of four Banksy pieces in Lowestoft and further artwork was left on the Norfolk coast in Great Yarmouth, Gorleston and Cromer.

The original video showing the creation of the graffiti art, showed him dressed in dock boots, black jeans, and a grey hoodie but avoiding having his face in the shots.

The installations include a seagull cleverly painted above a builder's skip so it looks like it is nicking some chips. Other beach-themed artworks have a social justice theme, such as hermit crabs being prevented from new shells because of "rich rentals only".

Driving around in a campervan to blend in, he then makes one artwork of a couple dancing to the tune of an accordion. It's positioned so when viewed from a distance it looks they are dancing on the roof of a bus stop.

Rodents, like the one painted in Lowestoft, are a frequent subject of his work and thought to be a nod to French graffiti artist "Blek le Rat" who is one of the early pioneers of the stencil technique.

His Instagram post, entitled "A Great British Spraycation", racked up millions of views in just a few hours, with his fans gushing about his artwork.