An albino kangaroo that was born only a couple of weeks ago has gone missing from Kaiserlautern zoo in Germany, with authorities suggesting the animal could have been stolen.

Before her disappearance, Mila the baby white kangaroo had been one of the star attractions at the zoo, reports Spiegel.

Zoo workers discovered that the rare animal had gone missing from its enclosure on Wednesday. 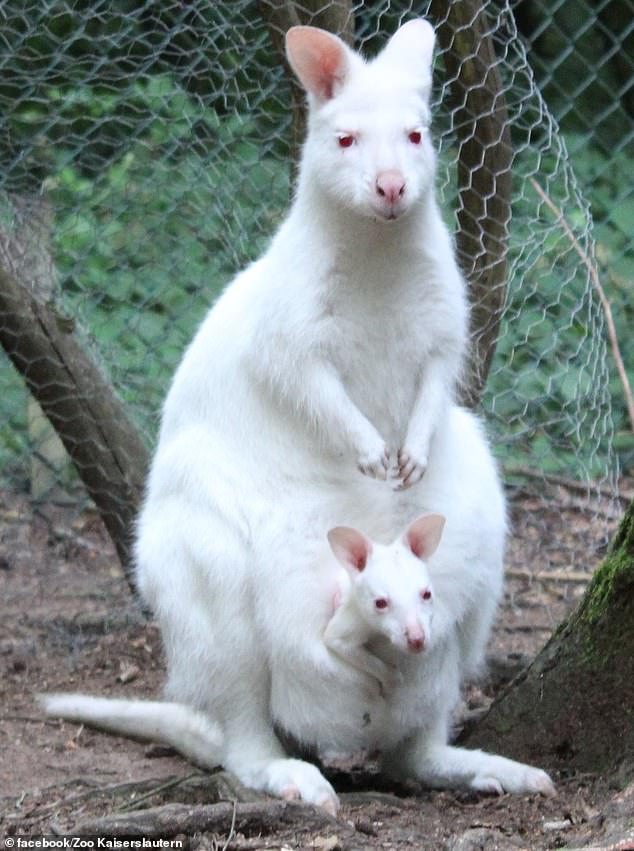 Mila the baby albino kangaroo has gone missing from the zoo in Kaiserlautern, Germany, with police unable to rule out the possibility that she was stolen

The zoo was then closed for the rest of the day as zoo workers tried to locate Mila.

In a statement, Mattias Schmitt, director of Kaiserlautern zoo said that their ‘little star’ had disappeared without a trace.

Schmitt also said that Mila would not usually wander too far from her mother.

‘The whole team at the zoo is hoping Mila will be found again and is in good health,’ Schmitt added.

Hunters with dogs are also being used to try and find the missing animal but so far they have been unable to find her.

The lack of blood traces found suggests that Mila was not killed by a fox.

The zoo believes the animal may have been stolen and have reported the incident to the police who are now appealing for any witnesses.

Police have said that they cannot rule out that Mila was stolen.