Mr Hawke was prime minister between 1983 and 1991 before he was ousted by his colleagues as Australia slipped into a recession.

The only two prime ministers to have served for longer (Sir Robert Menzies and John Howard) were both members of the conservative Liberal Party.

Robert James Lee Hawke was born in the agricultural centre of Bordertown in South Australia in 1929.

In 1958 he began what would become a lifelong involvement with the labour movement, joining the Australian Council of Trade Unions. He was elected president of the organisation in 1969. 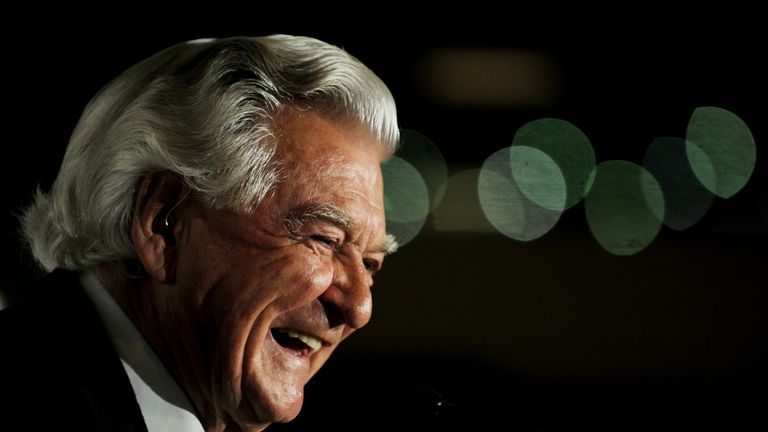 When he was elected prime minister in March 1983, it was after less than three years in parliament and just one month as leader of the Labor Party.

But outside politics, he was best known for his love of sport and of beer.

In 1983, Australia won the America’s Cup yacht race for the first time and he declared a national holiday, saying: “Any boss who sacks anyone for not turning up today is a bum.”

He also set a Guinness World Record during his years as a Rhodes scholar at Oxford University, downing two-and-a-half pints of beer in 11 seconds.

In his 1955 autobiography, he wrote: “This feat was to endear me to some of my fellow Australians more than anything else I ever achieved.”

And a 2012 video of him, then aged 82, drinking a beer handed to him at a cricket match as fans shouted “one for the country Robert” has had almost two million views on YouTube. 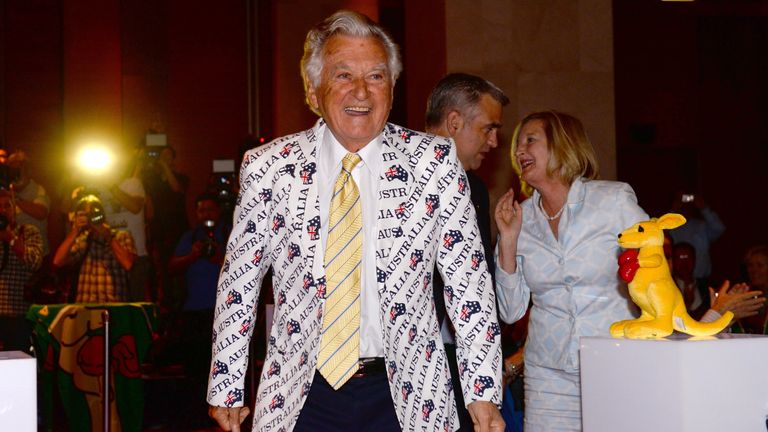 To many Australians, he was a man of the people, a lovable rogue whose message of consensus and union experience combined to minimise industrial disputes.

He was not popular with everyone, however, with some describing him as arrogant and sexist.

He admitted he had repeatedly cheated on his first wife Hazel Masterson during 39 years of marriage.

Shortly after their divorce, he married his biographer and mistress Blanche d’Alpuget.

In a statement, Ms d’Alpuget described him as “a great Australian – many would say the greatest Australian of the post-war era”.