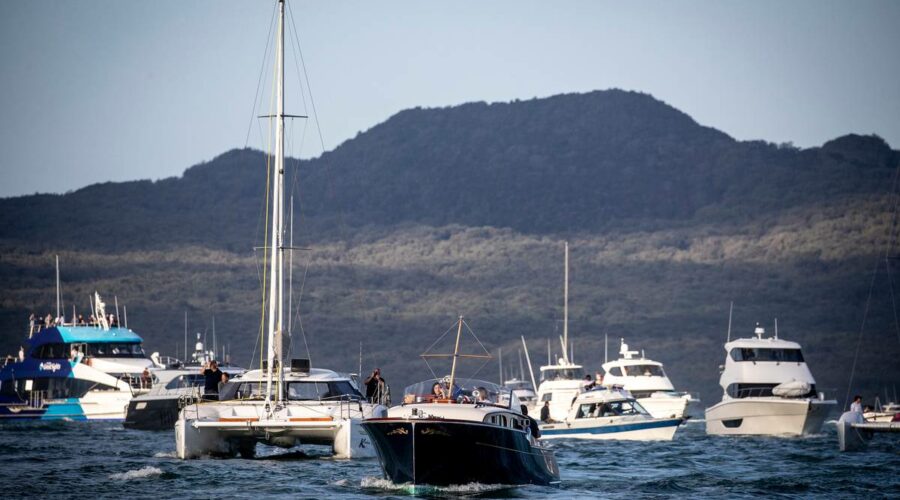 Boaties heading out on the water for today’s Prada Cup racing action on Auckland’s Waitematā Harbour are being told to stick to the rules or risk being fined.

As many as 3000 spectator craft are expected on the water on key race days as the Prada Cup and America’s Cup gets underway at 3pm.

Maritime NZ’s compliance manager north Neil Rowarth says a large operation will be undertaken to monitor the large spectator fleet, ensuring everyone is aware of speed and safety rules as well as the law around charging passengers.

Extra officers have been drafted in from northern, central and southern regions to deal with the anticipated numbers expected to surround the dedicated courses.

Staff will be on ramps making sure people have lifejackets and communications and knew the rules. If necessary maritime officers would issue infringement notices, he said.

“Before Christmas, we found that most people were carrying enough life jackets and did have communications on board, but it was also clear that there were plenty of knowledge gaps and many people were keen to learn more,” said Rowarth.

“With so many new boaties taking to the water this year it is important that we reinforce the safety messages.

“Things can happen so quickly on the water, so it is important that people are prepared.”

Rowarth issued a fresh warning against recreational boaties planning to make money by charging to take people out.

He recommended people looking to pay to go out on the water look for the flag.

“Maritime officers will be out and about during the racing.

“If you are using a recreational boat to take out fare-paying passengers then you are breaking the law and there will be consequences.

“You also may not be covered by your insurance policy – this could be very expensive should something go wrong.

“It is simply not a good idea to be doing it,” he said.

Rowarth said because of the anticipated large crowds it was important everyone showed patience and courtesy.

“People having the right gear, knowing the rules and the conditions and being courteous will be key to everyone watching the racing safely and getting home safely.

“We’ll have staff on the ramps making sure people are prepared with lifejackets and communications, have checked their gear, know the rules, particularly around speed, and have checked the weather conditions,” he said.

A large number of new boaties on the water for the spectacle it was important to reinforce safety messages, he said.

• Be a responsible skipper.

What you need to know

The Herald will have live updates on nzherald.co.nz/sport while you can listen to live commentary on Gold AM and iHeartRadio.

America’s Cup coverage is free-to-air on TVNZ. You can also stream the action live or on-demand on TVNZ.co.nz or on the America’s Cup YouTube channel.

If you’re in Auckland, you can also head down to the America’s Cup Race Village at the Viaduct Marina, where there will be a stage and big screens to watch the action.

The village operates from 10am to 8pm on race days and can be accessed through the main entrance at the beginning of Hobson Wharf.