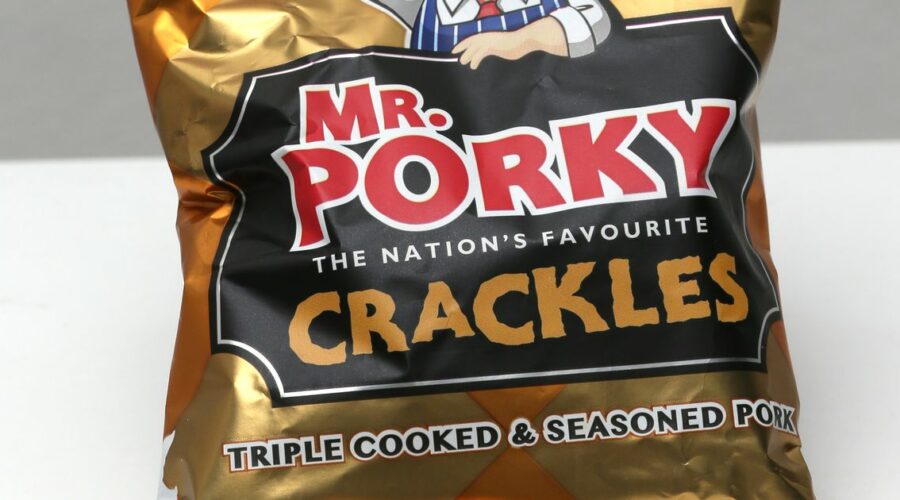 Snacks made by Tayto Group at its factory in Bolton, Greater Manchester, have been linked to the incident which has left 176 people suffered vomiting, diarrhoea and fevers, according to the Food Standards Agency (FSA).

Public Health England (PHE) confirmed to the BBC that 12 of those affected have been hospitalised after consuming the snacks.

A selection of Mr Porky, Jay's and The Real Pork Crackling Company products have now been recalled and withdrawn from sale by several supermarkets and the company itself.

According to Sky News, production has also been halted.

PHE and the FSA have urged people not to eat packets with a best-before date up to February 2022.

Tina Potter, head of incidents at the FSA said: "We are advising consumers not to eat any of the products listed in the FSA alert. It is really important that consumers follow this advice to avoid the risk of becoming ill with salmonella poisoning.

"The food business involved has voluntarily suspended its production to put additional controls in place to improve the safety of their products and they have decided on a voluntary basis to withdraw and recall all of the products within shelf-life produced at this site."

Dr Lesley Larkin, of the gastrointestinal pathogens unit at PHE, said: "We have established a link between the 176 cases based on the analysis of data obtained through whole-genome sequencing and epidemiological investigations.

"These investigations, together with those carried out by local authorities, have indicated the source of infection is pork scratchings produced by a single company in the UK.

"The Food Standards Agency has acted on these findings to mitigate any further risk to public health from the contaminated food."

To get more bizarre stories from Daily Star delivered straight to your inbox sign up to one of our free newsletters here.