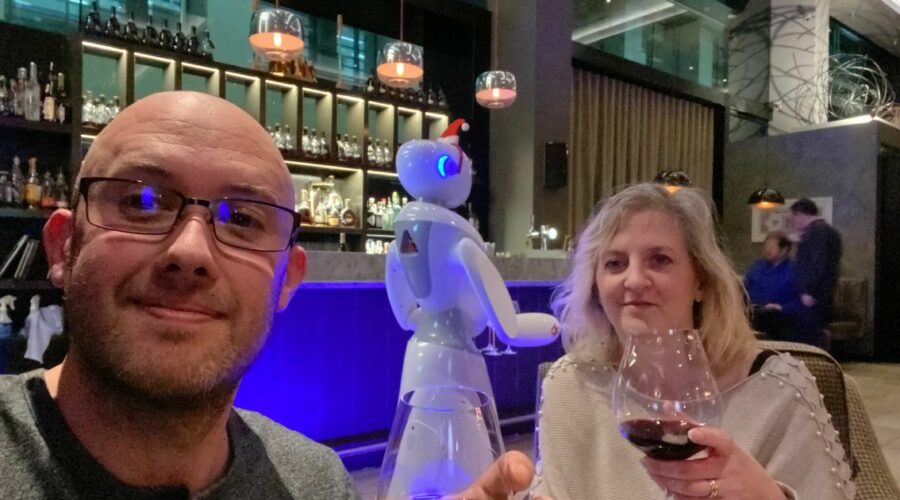 Sales of beer-fetching AI robots "like Siri on steroids" are soaring as Britain is a few years from a machine "revolution", experts have told Daily Star.

Machine servants will become the norm in restaurants and hotels as they are already five-times cheaper than human counterparts, industry chiefs told us.

They can do humanly impossible tasks like working 24/7 carrying four levels of food and drink from kitchens to hundreds of tables at a time.

Service robots are said to have boosted champagne sales by £4,000 in a single night at a London restaurant as customers enjoyed not being "judged" by their menu choices.

Receptionists are also set to be phased out as dozens are being sold to British businesses up and down the country.

Experts are now set to reveal a new robot for the home that can open your fridge and bring you a beer and talk to you about anything from the news to football "like a Siri on steroids".

Current models being bought in the UK feature a tray system – with a fetching mechanism to be rolled out "in a couple of years", Robots of London founder Adam Kushner told us.

The 55-year-old said: "I believe it is a vision of the future and everyone looks at me strangely.

"Service robots have seen a massive increase over the last couple of years.

"I believe that humans will lose their jobs to robots purely because they are more efficient, are cost saving and are doing jobs that many people find boring or monotonous.

"On the flipside there will be many many jobs created because of robots – it'll be no different from the revolution when PCs came into the office. I think more jobs will be created as a result."

He said a £5,000 droid can already fetch coach potatoes drinks from the kitchen and recognise faces.

"It can go anywhere in the house. The robot can go from place to place. If you're on the ground floor and want a coffee and your wife is in the kitchen, she can put the cup of coffee on the robot and say go to John," he said.

"We are working on a program for a university at the moment where it's almost making a humanoid robot that can pick things up.

"It could be as soon as a couple of years. I don't think we are far away."

Mr Kushner said his service robots will soon be trialled in a "handful" of branches of a famous High Street shop, which he was legally barred from naming.

Asked what the most exciting feature of the latest service bots was, he said: "It may sound quite weak but interaction and chatting. I think we found that during Covid.

"The people who bought the robots from us and had the ability to chat to them actually stopped them being lonely.

"I would say at the moment, it's very much the ability to talk to and get instant information from them, what the time is, what's the latest football scores, what's the tallest mountain in the world – whatever they want.

"It's almost like a Siri on steroids, and not only can they get information they can chat with the robot."

He said: "People actually love them. We had a human doing surveys – the person took 30 surveys and the robot did 150, so it did nearly five times more than the actual person."

Mr Warrington said a robot champagne waiter boosted sales by £4,000 in a single night between the first and second lockdowns at Guacho restaurant in London.

He said: "All it did was very simple: 'Welcome to Guacho, would you like some champagne?'

"Within one night the sales of that champagne increased by £4,000.

"Customers don't feel as self-conscious with a robot because the robot doesn't judge you. It's really interesting, human nature with these things."