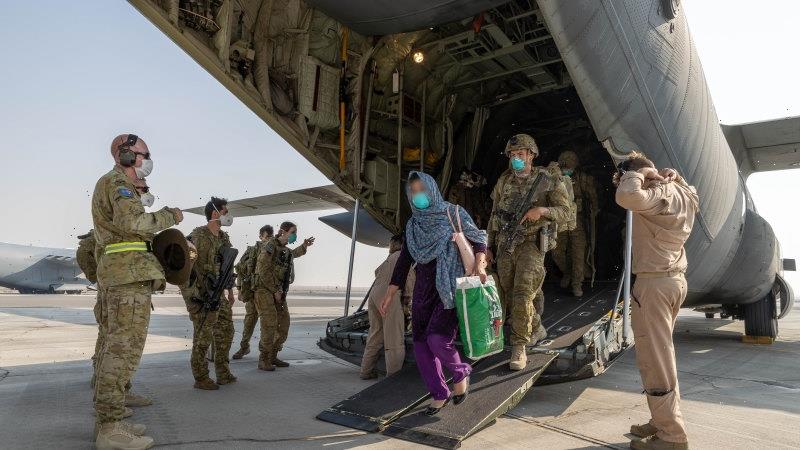 News this week that 761 Afghan evacuees have arrived in Melbourne since August as part of a broader national intake is both welcome and a relief.

Whether it was Vietnamese refugees in the 1970s during the Fraser government, fleeing Chinese nationals under the Hawke government after Tiananmen, Kosovo refugees under the Howard government or displaced Syrians under the Abbott government, Australia has shown before that it can and will provide a safe haven to those fleeing the brutality and horrors of war. Like-minded nations will also carry responsibility for meeting this commitment. 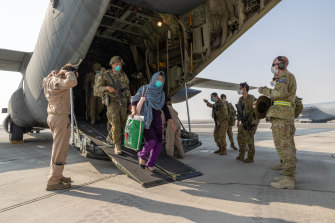 Afghanistan evacuees and Australian soldiers disembark a Royal Australian Air Force C-130J Hercules aircraft at Australia’s main operating base in the Middle East, after their flight from Kabul.Credit:Department of Defence

So, while the federal government has announced that 3000 humanitarian places will be allocated to support fleeing Afghans out of a total program of 13,750, an increase in this intake is inevitable. Rapidly deteriorating circumstances in Afghanistan reveal a resurgent Taliban becoming ascendant in all its horror.

Offering safe harbour is the compassionate thing to do. But it’s also strategically important that we do so.

It’s easy to assume now, with all the resignation that such an ignominious withdrawal from Afghanistan may evoke, that the Taliban redux was always inevitable.

I supported military action in Afghanistan in 2001 and continue to believe that it was the right thing to do at the time. Like many, in the years that followed, it was reasonable to look with hope at the introduction of democratic processes and institutions (troubled as they were) together with civil government and cultural reforms, including the liberation of women and an end to the macabre practices so many faced.

The better view is that the withdrawal from Afghanistan only became inevitable in recent years. A failure to mount an effective counterinsurgency, a lack of battlefield dominance and tribal Afghan politics, all of which were rendered more acute by Taliban sanctuaries in Pakistan, defeated early hopes that democracy and modernisation could somehow be secured.

But now that it has happened, what must we do? While it would be a mistake to assume that the withdrawal diminishes US standing throughout the world, no more or less than it did after the fall of Saigon in 1975, it would be naive to infer that we can ignore the vacuum it risks creating.

If anything, the withdrawal will ask more of us as a nation now. In particular, it challenges us to consider the role and position Australia should adopt in a region facing emerging security threats.

It certainly starts with support for people displaced by the Taliban’s return, although we should never abandon the goal of a freer and more tolerant Afghanistan for all those who won’t have the opportunity to leave. 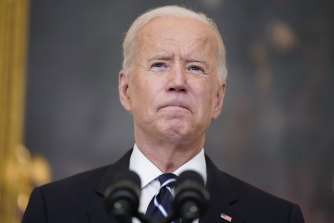 US President Joe Biden. The US-Australia alliance must remain the bedrock of our security and other related interests.Credit:AP

The withdrawal ought to prompt us to think about what kind of regional actor Australia needs to be.

The US-Australia alliance must remain the bedrock of our security and other related interests. We will need, however, to work even harder at helping to shape our region in the values which our democratic, multicultural and institutional traditions have informed. In addition to help for those genuinely in need, will be significant investments in our diplomatic reach and defensive capabilities in the years ahead. These are all mutually inclusive.

We continue to see ourselves as a middle-ranking power. This characterisation may be apt on some measures, such as population and military capability (although AI and asymmetry could, for example, change that). But these are not the only measures of a nation’s ability to shape events and the world around it in a positive way.

Our success as a leading and advanced economy, stable democratic architecture and commitment to free trade, all against the backdrop of robust political discourse, mean that in key respects we operate in the heavyweight division. 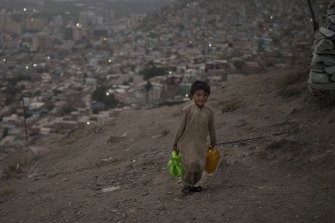 A boy carries water to his home in Kabul, Afghanistan.Credit:AP

We are not a nation given to our own sense of exceptionalism. Our innate irreverence, apart from anything else, will preclude that. But our experience can, depending on how we conduct ourselves internationally, gives us a credibility few nations can demonstrate.

This is important because the international liberal order has taken a beating in recent years and not just from the Taliban. But the international framework on which that order is based – advancing democracy, collective security and free (or freer) trade – is worth fighting for even with its faults.

If we don’t defend and promote that order, particularly in a region that the Taliban will make more unstable, what are we left with?

Is it what Thrasymachus famously contends in his dialogues with Socrates that justice is merely the will of the stronger? Or is it going to be the universal values and principles we have stood for throughout so much of our history, both abroad and at home.

We should not see the withdrawal from Afghanistan as a single cataclysmic event upending our region. But for Australia, it is one in a series of changes that will challenge us to step closer to a leadership role in our region that promotes the best in us.

John Pesutto is a Senior Fellow at the School of Government at Melbourne University and was Victoria’s shadow attorney-general from 2014 to 2018.