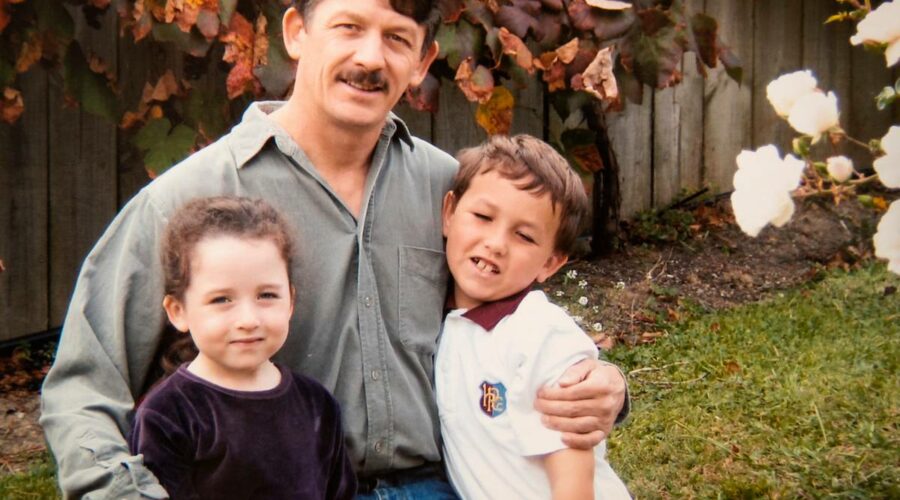 One Monday morning in June 2004, Jim Donnelly got up and went to work at a steel mill south of Auckland.

He stopped for petrol and a muffin on the way to the Glenbrook mill where he parked and walked inside.

He signed in, changed into his work uniform and walked up to his office.

He put his muffin on his desk but didn’t even turn his computer on before something went very, very wrong.

After Donnelly was seen near his office that morning he was never seen again.

Five days later his hard hat was found near an acid-filled vat within the mill.

But there has never been any sign of Donnelly.

Seventeen years later, despite extensive searches and a police investigation that remains open and active, his family are still without the answers they desperately want and need.

In this month’s episode of Herald podcast A Moment In Crime, senior journalist Anna Leask looks back at Donnelly’s disappearance and his wife Tracey’s journey for the truth.

She firmly believes there are people who not only know what happened to her husband that day – but are responsible.

And she wants them to come forward once and for all.

“We were a normal, everyday family … and we were just going about our lives in a normal way.

“I don’t know what it was that destroyed that.

“My opinion is that it does revolve around the mill, something was happening inside the mill and I think he saw something he shouldn’t have – and it’s gone from there.

“If you had told me at the beginning I would think that, I would have told myself that I was incredibly silly, that this could not possibly happen to Jim.

“But as time has gone on, we have got no answer and it’s more and more clear that he has been removed by other people rather than himself.

“Because if he had committed suicide, there would have been a body – so, my thing is my husband went to work, he was last seen at work and he’s never come home.”

A Moment In Crime is written and hosted by Leask, senior crime reporter for the Herald.

The podcast is produced by the talented team at NZME Sound, Vision and Creative.

Leask has been covering crime and justice for the Herald for more than a decade and has reported on a huge number of major incidents and events.

“Each month I’ll take you inside some of our most infamous incidents, notorious offenders and behind the scenes of high-profile trials and events to show you what’s really happening in your backyard,” she said.

“Heroes and villains battle for justice to be done, and it seems no matter how horrifying the story, we always want to know more.

“If you want to know more about the cases that have shocked and shaped our nation – from murders and massacres to violent villains and the utterly unbelievable – join me for A Moment In Crime.”

In our first episode, we looked back at the Christchurch terror attack – what unfolded on March 15 and how it changed New Zealand.

The podcast has also delved into the death of West Auckland toddler Aisling Symes, the cold case murder of Kayo Matsuzawa, the murder of Feilding farmer Scott Guy and double killer Jason Somerville, infamous for the Christchurch House of Horrors.

In 2017, Leask wrote and hosted Chasing Ghosts – a six-part podcast series on the Amber-Lee Cruickshank case.

The South Island toddler disappeared almost 27 years ago from a small town on the shore of Lake Wakatipu.

Despite exhaustive and repeated searches, there has never been any sign of the little girl.

To mark the 25th anniversary of Amber-Lee’s disappearance, Leask investigated the famous cold case in a bid to generate some answers for the toddler’s family.

It was the Herald’s first true-crime podcast.

To subscribe to A Moment In Crime visit iHeartRadio, Apple Podcasts, Google Podcasts and Spotify.

We want to hear from you!

15/01/2022 World News Comments Off on A Moment In Crime: Mystery at the mill – the strange disappearance of scientist Jim Donnelly
Markets