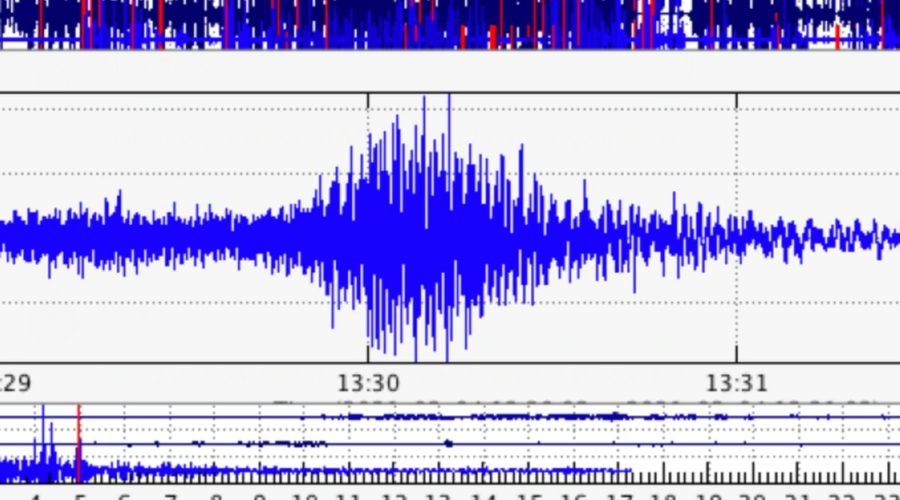 Kiwis across New Zealand – across the North Island to parts of the South Island and even the Chathams – have described the horror of long, prolonged shaking after this morning’s 7.1 magnitude earthquake.

In tears, Helen Bint, who lives in an historic stone house in the Chatham Islands, said: “It’s the biggest one I’ve ever felt. It went on and on and on. I’m in the old stone house and I didn’t know where to stand because it’s all rock,” she told Newstalk ZB’s Bruce Russell.

“I’ve never felt one so big – it must be massive across New Zealand. It died down and then went on and on again.”

She called in later to say a neighbouring farmer was coming to get her; but in the meantime he was checking on his boat. “I’m talking to my son in Nelson. It’s not the earthquake I’m worried about now, it’s a tsunami.”

Janice in Napier told ZB: “I’m still shaking. I was lying in bed… and the next minute, the quake comes in and it lasted for ages. The biggest one I’ve felt. This was one jolt and it kept going. I eventually got up and sat under the doorway, oh my god.”

“She was a beauty, it really shook. I’m quite frightened, I’ve got no idea if there’s going to be a tsunami, it was massive,” Rex from Gisborne said, adding he had not heard any warning alarms after the shake. “It’s the biggest I’ve felt in a long, long time and I’m 80.”

A post on the News Whakatane page said: “There is currently an exodus from Ōhope as people make their way to higher ground. Traffic is heavy on the Ōhope Hill toward Whakatāne.”

Harry in New Plymouth told Russell: “That was a bit of a doozy. I felt it as clear as if it was happening underneath. It woke me up… I have the map in front of me, she certainly was a jolt. To be that far away and it still got to us. If you are near the water folks, get away.”