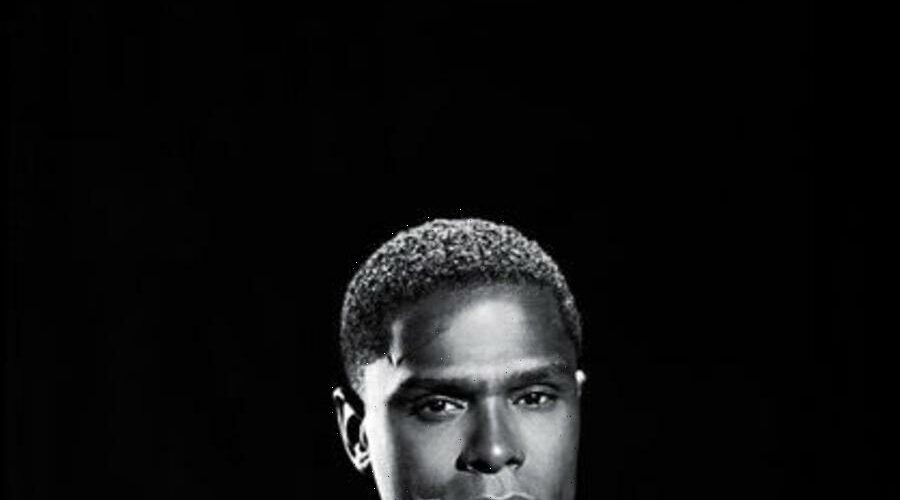 In honor of the 40th Anniversary of ESSENCE magazine, we’re taking a look at the 40 sexiest men of all time.

With his soothing falsetto, Maxwell reminds us that nothing’s sexier than a man showing emotion.

A rocker for over twenty years, we love every incarnation of Lenny Kravitz, from the locks to the clean-shaven look. His sexy stare, hot body and gorgeous lips keep calling us back for more.

This man is fine! We certainly have a thing for the men of the NFL, but this NY Jets wide receiver is something else. His body is pure perfection.

Has there ever been a crooner more effortlessly smooth than Marvin Gaye? We would’ve loved this super-soulful hottie to show us some “Sexual Healing” back in the day.

At 6’4” with chiseled muscles, Henry Simmons is undoubtedly sexy. Plus, on “NYPD Blue” he had that fire and passion in his eyes that made us squirm!

Usher has us saying “O.M.G.” — every time we see him dance, whenever he licks his lips, when he closes his eyes to hit a high note. On top of his game, Usher is a force in the entertainment industry but also an extremely handsome man with a soft set of eyes and a great sense of style. Full package!

Whether he’s playing the sensitive thug in “Barbershop” or the lovesick leading man in “Their Eyes Were Watching God,” this green-eyed cutie is always irresistible. And we weren’t mad at the beard, not one bit.

With his youthful charm and chiseled good looks this Jamaican-American brought in some island heat back in the day. We’re still fanning ourselves.

He’s itty-bitty, he wears heels, and his eyeshadow is blended better than ours, but no matter. With songs like “International Lover” and “Beautiful Ones,” this ageless musical genius makes us melt into a purple puddle. OW-ah, indeed.

Can we talk about those arms, those lips and that sexy smile? Actor eye candy Michael Jai White has had us swooning since “Spawn.”

Bob Marley may be the sexiest man to ever rock dread locks, ever! We’ll forever love his raspy vocals, revolutionary lyrics, his enchanting smile and his rastaman vibration.

In the early 90s, every girl with a pulse had a crush on “Menace II Society” star Larenz Tate. We keep the life-long cutie in our hearts.

Tyson Beckford is known for his sexy catwalk strut and his to-die-for lips! Pucker up, baby!

German-born model-turned-actor Boris Kodjoe may not want to be a sex symbol anymore, but we can’t help but put him on a pedestal. Face it, Boris, you are one of the sexiest men on earth.

Who knew news could be so hot? CNN anchor TJ Holmes can make the most mundane news report sexy.

Gorgeous soul singer Sam Cooke’s silky smooth voice sends us over the edge every time we hear him sing. We wish he could serenade us every night.

We didn’t complain when this sexy soul singer showed us his fine physique in the video “How Does It Feel.” We’d love to tell you how it feels D’Angelo.

The hottest man in basketball right now has moved to South Beach — to play with the Miami Heat — where the temperature is hot and the partying goes on all night. Lebron is clearly poised for greatness, and his talent and swagger, both on the court and off, has us watching his every move.

With his soft voice, hazel eyes and intense acting style, Mr. Howard has become one of the most desirable (and bankable) leading men in Hollywood. We’re loving him in “Law & Order: Los Angeles!”

Nothing’s better than an old-school R&B seduction song, and El Debarge is the master! We wonder how many babies were made to “All This Love” and “Secret Garden”…

The Greatest of All Time, Air Jordan was so amazing on the court that you couldn’t help but root for him, even if he was destroying your hometown team. This man was the epitome of style — that fine bald head, that deep sincere smile, that long toned frame — he made the ladies want to watch the game along with their men.

What girl didn’t have a full-length poster on her wall of LL Cool J in his signature Kangol hat and Adidas jacket back in the day. LL has aged well, getting more buff as the years go by. His soft lips and hard body are to die for.

This list wouldn’t be complete without wrestler-turned-actor, Dwayne Johnson. His shoulder tattoo — set perfectly over a mound of bulging muscles — is the business!

We’ve loved Blair Underwood since 1986 when he got his big break on “L.A. Law.” But, like a fine wine, Blair has grown better with time. He has us glued to the TV every week watching “The Event.”

There’s at least one book written about how fine this man is. What makes Denzel Washington even sexier is his dedication to his wife and kids and his desire to give back. Denzel is the total package.

If the NFL could have a sexiest man award, it would go to New Orleans Saint Reggie Bush for his rippling muscles and buttery brown skin. Touch down!

This Chicago native’s good looks and soulful lyrics are the perfect rhyme.

Tyrese is known for a few things, but his mega-watt smile always puts us in the mood!

Laurence is a fine mix of beauty and brains, that strong jaw and those piercing eyes, complemented by that deep lush voice and… sorry, we need a minute! It’s hard to find something we don’t like about this man, he’s just that good!

D. Wade is one of the most talent ballers in the NBA these days, as well as one of the most handsome. The way he handles that basketball with such style and grace — his smoothness is undeniable. We love to see Dwayne dressed up in a suit — or down in some casual attire — heck, we love to just see him.

On the field, former wide receiver and 1979 Pro Bowl MVP Ahmad Rashad made many women football fans. We’d go long for his loving.

When he commanded us to “Turn off the Lights” we obliged because we knew that Teddy got what Teddy wanted.

We’ve been crushing on this model-turned-Oscar-nominee ever since we saw his flawless body in Janet Jackson’s “Love Will Never Do” video. Kimora’s one lucky lady!

Eric’s got that something special — we don’t know if it’s the voice, the raw passion, or that look — but we just can’t thinking of him.

Lamman Rucker, from the “Why Did I Get Married” series, is adorable with his all-American look. And girl, don’t get us started on those dimples!

Being the leader of the free world, President Barack Obama carries himself with a special swagger and confidence that makes us melt. But what is really sexy about this man is his clear love for his wife and daughters — we love a family man!

Trey Songz, the reigning prince of R&B, has a silky smooth voice and incredible sex appeal. We definitely “Can’t Be Friends!”

Morris Chestnut is a chocolate dream. His strong jaw is topped only by the most beautiful lips a girl could ever hope to kiss. Plus, did you see those arms and pecs? Anybody for a glass of water?

We’d like to thank Mr. and Mrs. Elba for creating this foine specimen of a son.

Those sexy brown eyes, that come-hither smile, the moustache — are we wrong for still swooning over this 70s leading man?

Tyrese is known for a few things, but his mega-watt smile always puts us in the mood!