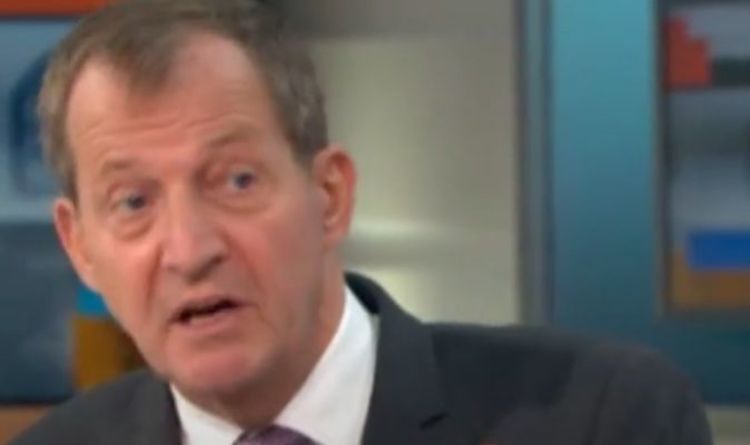 Alastair Campbell clashes with guest on 'truth' in politics

Alastair Campbell and Boris Johnson’s biographer Andrew Gimson clashed over the Prime Minister’s conduct during the Brexit process. Mr Gimson slammed the ITV presenter and Remainer as still angry over Brexit rather than Boris’ behaviour during the clash on Good Morning Britain.

Mr Gimson said: “If you are having a major negotiation you do not say at the beginning my bottle line is, basically I would settle for this.

“Johnson said he would leave without a deal, well no one ever knew whether that was the truth or not.

“That was part of the point of it.”

Mr Campbell replied: “After he did the deal he said something that was untrue.”

Mr Campbell responded: “No I am not actually, well I am angry about Brexit.”