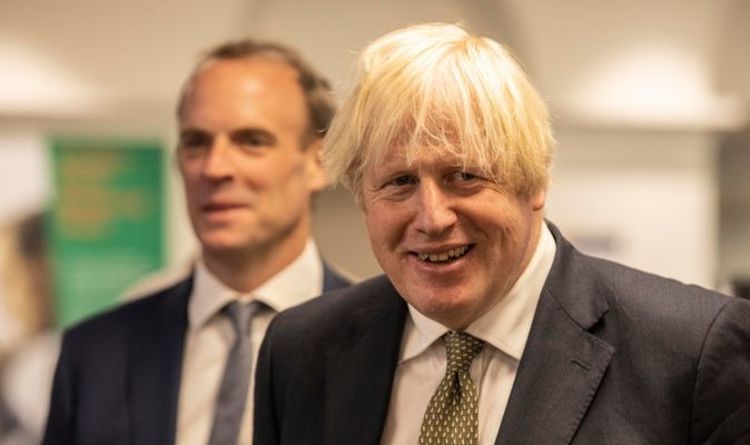 The Prime Minister has flown to Marbella to stay in a private villa on the Costa del Sol, according to reports. The timing of the trip has outraged some as it comes as Britain faces a winter supply crisis and soaring bills.

The absence of Mr Johnson had led to speculation that the newly-appointed deputy Prime Minister was temporarily leading the Government.

But the Prime Minister’s official spokesman has sought to clarify the situation and said Mr Johnson “continues to be in charge as is always the case”.

He added the Prime Minister has also held talks with his Indian counterpart Narendra Modi and was being updated on the work to address supply chain issues.

The Downing Street spokesman said: “The Prime Minister continues to be in charge as is always the case.

“The Prime Minister has taken calls with leaders already and there will be others to follow.

“The Prime Minister has been kept regularly updated on the ongoing work to address the current issues around fuel and supply chains.

“He is in regular contact with ministers and No 10. He is also continuing to take calls particularly in the run-up to Cop26.”

Downing Street remained coy on the exact location of the Prime Minister and refused to say for “security reasons”.

Mr Raab was handed the role of deputy Prime Minister after he was replaced as Foreign Secretary by Liz Truss during the recent cabinet reshuffle.

Mr Raab, who is now also the Justice Secretary and Lord Chancellor, faced his own summer holiday crisis when he jetted to Crete as Afghanistan fell to the Taliban in August.

It is understood Mr Johnson flew to Spain with his wife Carrie and son Wilfred on Friday following the Tory party conference in Manchester.

The trio are thought to be arriving back in the UK on Thursday.

Mr Johnson was forced to cancel his summer staycation to Somerset following the crisis in Afghanistan.

The Prime Minister has been under huge pressure to lead the country through the coronavirus pandemic for the past 19 months.

This year has also been an emotional rollercoaster for Mr Johnson who got married to his third wife, Carrie Symonds, in May.

In September the Prime Minister suffered the heartache of losing his mother who died at the age of 79.

Home Office minister Damian Hinds defended the timing of Mr Johnson’s holiday, he told Sky News: “When is the right time? I think it is important that people do have an opportunity to be with their families to have some relaxing, unwinding.

He later added: “What is important for the rest of us actually, for the whole country, is that the Prime Minister does get to have some family time, does get to have a break.”
Source: Read Full Article

11/10/2021 Politics Comments Off on Who’s in charge then?! Raab NOT running UK with Boris on holiday – despite being deputy PM
Markets