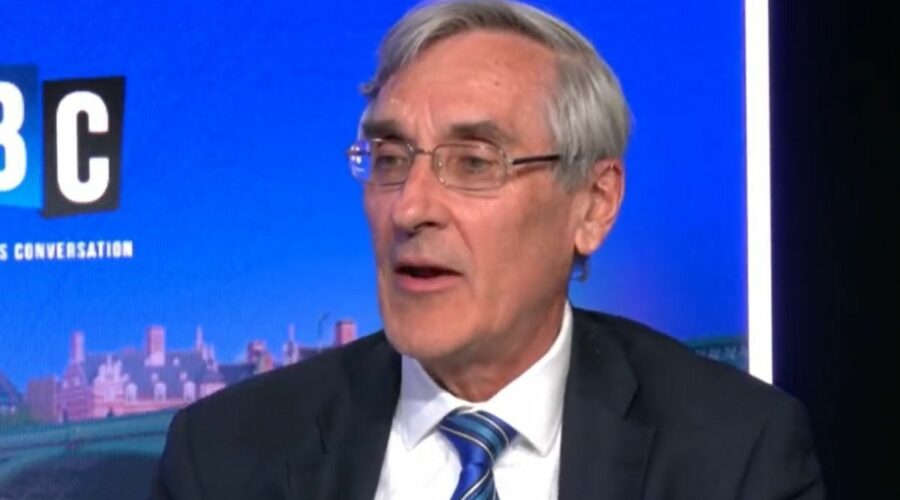 The Tory MP dodged demands to name a successor to Prime Minister Boris Johnson. Appearing on LBC, John Redwood was quizzed on who he would “personally support” as a Conservative candidate in the event of Boris Johnson’s resignation. “I have no idea,” confessed the MP for Wokingham.

Mr Redwood offered vague promises of upcoming “talent” in the Tory party but failed to name a specific representative.

Presenter Iain Dale put the Conservative MP on the spot as he asked who Mr Redwood would support if Boris Johnson fell under the “proverbial bus” and stepped down.

Mr Redwood denied speculation the Prime Minister would resign as he said “I don’t see the bus coming”.

The Tory MP was unable to identify any individual he believed to be a suitable successor for Boris Johnson.

However, in the event of Johnson’s resignation, Mr Redwood made the broad declaration that the “Conservative party has a range of talent”.

“There would be quite a lot of people who would want to take over as leader when a vacancy comes forward,” claimed Redwood.

He did not speculate as to when the role of Prime Minister may be open to new candidates.

When asked about his advice for hopeful ministers, Mr Redwood said candidates should avoid “strong views”.

He claimed “too clear an agenda” has the potential to “upset bits of the party,” suggesting ambiguous promises are one method of achieving Tory leadership.

Mr Redwood is yet to publicly issue his support for Boris Johnson, however, his statements suggest he believes the Prime Minister will continue to hold his leadership position.

Boris Johnson has come under pressure from opposition MPs, including Labour leader Sir Keir Starmer, as they call for his resignation.

The Prime Minister has faced controversy since he received a fixed penalty notice relating to a lockdown birthday gathering in Downing Street.

In an address to Parliament, Boris Johnson apologised “unreservedly” for his actions and claimed his attendance at the gathering was a “mistake”.

DON’T MISS:
PM’s voice of reason must drown out such venom  [COMMENT]
Boris Johnson’s apology ‘not enough’ to stay in No10 [INSIGHT]
Should Boris stay and fight Partygate claims or go to India? [POLL]

Opposition MPs have been relentless in their demands for the Prime Minister to step down amid the partygate scandal.

Sir Keir Starmer denounced the “mealy-mouthed” apology made by Boris Johnson and claimed the Tory leader was more focused on “deflections and distortions”.

The Labour leader named the Prime Minister a “man without shame” whose actions are “insulting” to the British public.

Numerous Conservative ministers have come out in support of Boris Johnson as he clings to power, including the notable figures of Jacob Rees-Mogg and Sajid Javid.

20/04/2022 Politics Comments Off on ‘Who would you support?’ Tory MP flounders as he’s challenged on Boris Johnson successor
Markets