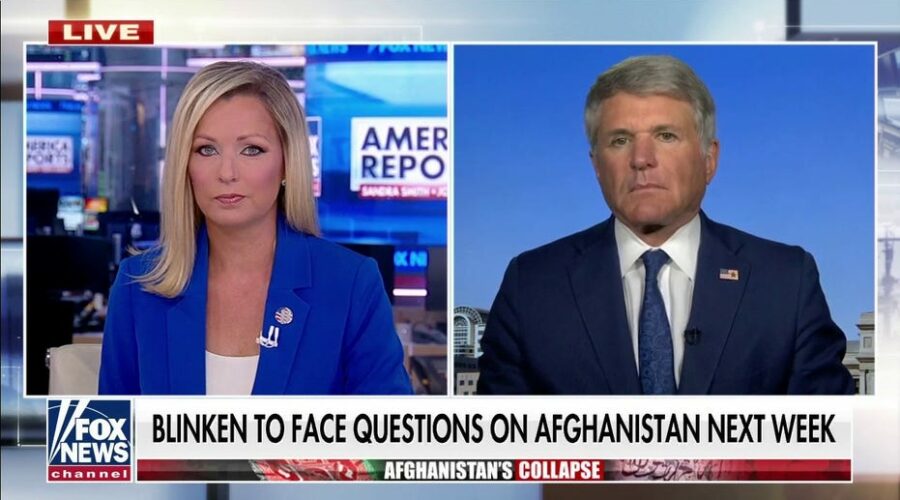 Rep. Michael McCaul previews what he will question Secretary Blinken on during the upcoming Congressional hearing.

The White House National Security Council (NSC) is saying that it is merely “up to Americans” to choose to take the government’s options to evacuate Afghanistan, despite numerous reports that Americans and Afghan allies are living in hiding to avoid being killed, or have attempted to leave but were blocked by the Taliban.

NSC spokesperson Emily Horne said in a statement Friday that the U.S. government facilitated the departures of 19 U.S. citizens through a chartered flight from Qatar. In addition, two U.S. citizens and 11 lawful permanent residents (LPRs) were rescued through overland passage to a neighboring country.

Horne said, “We are continuing intensive work across the U.S. government to facilitate the safe transit of these individuals and other U.S. citizens, LPRs, and Afghans who have worked for us who wish to leave Afghanistan.”

The NSC then stated that some Americans are deciding not to evacuate the country and it is ultimately “up to Americans who remain whether they choose to take them,” referring to the government’s options for rescue.

“Today’s departures demonstrate how we are giving Americans clear and safe options to leave Afghanistan from different locations. A number of Americans have taken these options; some have decided not to, for a variety of reasons. That is their right. We understand these are difficult decisions. We will continue to provide proven options for leaving. It is up to Americans who remain whether they choose to take them.”

However, despite repeated promises from the White House that the government will work to evacuate Afghan allies and Americans still stuck, one Afghan interpreter told Fox News that he has not received assistance from the U.S. and has been badly beaten by the Taliban.

The Afghan interpreter, who aided the U.S. military for the last decade, said that the Taliban beat him in his home on Thursday night for suspected ties to the American government.

His family, who have been waiting for years for their Special Immigrant Visa (SIV) applications to be approved, recently attempted to reach the Hamid Karzai International Airport in Kabul, but were blocked by tear gas and Taliban checkpoints.

After the U.S. pulled its final troops out of Kabul on Aug. 31, the interpreter and his family left their home and went into hiding to avoid being killed by the Taliban. They are still trying to leave Afghanistan, but have not yet been successful despite promises by the Biden administration to provide assistance.

10/09/2021 Politics Comments Off on White House says it's simply 'up to Americans' to choose to flee Afghanistan, despite many hiding from Taliban
Markets