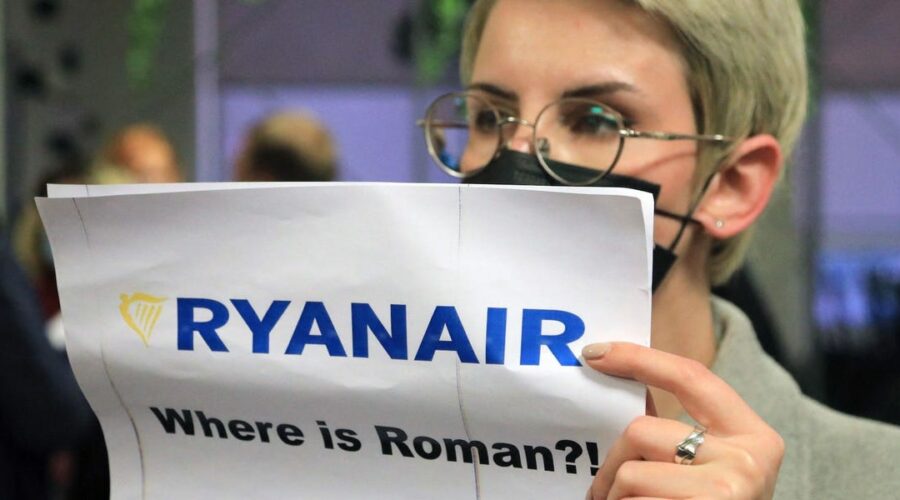 The White House on Monday called for an immediate international investigation into the diversion of a Ryanair flight into Minsk, Belarus, where authorities claimed a bogus security threat and arrested Roman Protasevich, 26, a journalist and vocal dissident against Belarusian President Alexander Lukashenko.

Press Secretary Jen Psaki added that President Joe Biden was briefed on the situation and spoke with NATO allies.

Ryanair said in a statement that the pilots of flight FR4978, which was en route from Athens to Lithuania, were informed by Belarusian air traffic operators that there was a “potential security threat on board.” The pilots were told instructed to “divert to the nearest airport,” which was in Minsk.

Authorities reportedly came on board to assess the threat, detained Protasevich, and left. Belarusian state TV posted a video of Protasevich “confessing” to planning riots on Monday.