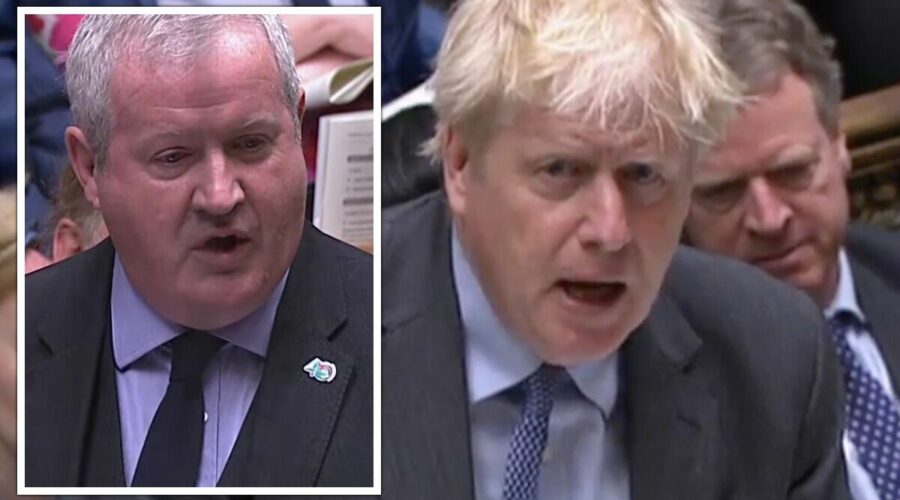 The Prime Minister was addressing accusations made by Mr Blackford that the UK Government was holding Scotland back and that independence would allow the nation to thrive. Mr Johnson suggested that the work done post-pandemic cooperatively with all members of the UK was “astounding” and that served as evidence of the importance of unity.

Mr Johnson said: “Mr Speaker, I think the figures speak for themselves. The UK has record numbers of people in payroll employment.

“That is an astounding thing given where we were during the pandemic.

“That was because of the UK working well together, as [Mr Blackford] will remember, with the vaccine, with testing, over which Scotland and the rest of the country cooperated brilliantly.

“And, Mr Speaker, he talks about a trade war. What could be more foolish than a project that actually envisages trade barriers within parts of the United Kingdom? That’s what we’re trying to break down.”

15/06/2022 Politics Comments Off on ‘What could be more foolish?’ SNP’s Blackford humiliated as Johnson dismantles IndiRef bid
Markets