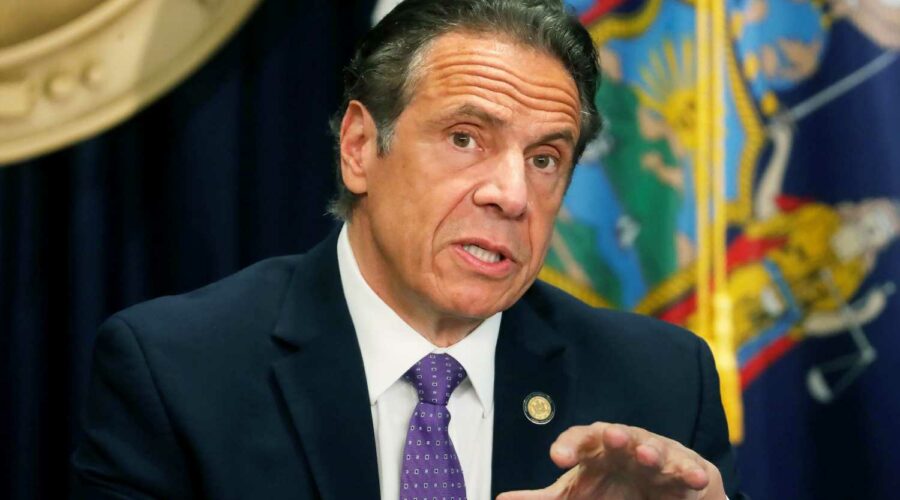 Westchester County's district attorney said Wednesday that she plans to conduct an inquiry into whether the alleged sexual misconduct by New York Gov. Andrew Cuomo that occurred in her jurisdiction was "criminal in nature."

That DA, Mimi Rocah, in a letter obtained by NBC News, asked New York Attorney General Letitia James to send her materials related to one of the 11 women who in an official report accused Cuomo of sexual harassment.

That complainant was a state trooper on the governor's protective detail, the report alleges.

"According to the report, one of the complainants, identified as Trooper #1, indicates that certain conduct of the Governor occurred in Westchester County," Rocah's letter said.

"As such, while the report found that Governor Cuomo's actions violated state and federal civil statutes, I believe it is appropriate for my Office to conduct a further inquiry to determine if any of the reported conduct that is alleged to have occurred in Westchester County is criminal in nature," Rocah wrote.

Cuomo on Tuesday denied inappropriately touching anyone or making any inappropriate sexual advances. "The facts are much different than what has been portrayed," he said in a video responding to the report. The governor's office did not immediately respond to CNBC's request for comment on Rocah's letter.

The letter from Rocah came after Albany County District Attorney David Soares said his office would launch its own criminal investigation into Cuomo.

Soares also said his office would "welcome any victim to contact our office with additional information" about Cuomo.

Cuomo earlier this year rebuffed a wave of calls for his resignation, including from dozens of Democrats in New York and nationally.

But Tuesday's release of the damning, 165-page report prompted a new batch of high-profile Democrats, including President Joe Biden and House Speaker Nancy Pelosi, to urge Cuomo to resign.

The public also appears to be turning against Cuomo, according to a Marist poll conducted after the report came out. The survey of registered New York voters found 63% saying Cuomo should step down, including 77% of Republicans and 52% of Democrats.

Meanwhile, New York Assembly Speaker Carl Heastie vowed Tuesday to "move expeditiously" to conclude an impeachment investigation into Cuomo "as quickly as possible" once James hands over relevant materials from her own probe.

"It is abundantly clear to me that the Governor has lost the confidence of the Assembly Democratic majority and that he can no longer remain in office," Heastie said after the attorney general's probe became public.

Heastie, a Democrat, in mid-March authorized a panel to launch the impeachment investigation into the harassment claims and other allegations of wrongdoing by Cuomo, including whether his staff tried to hide or alter data on coronavirus deaths in New York nursing homes.