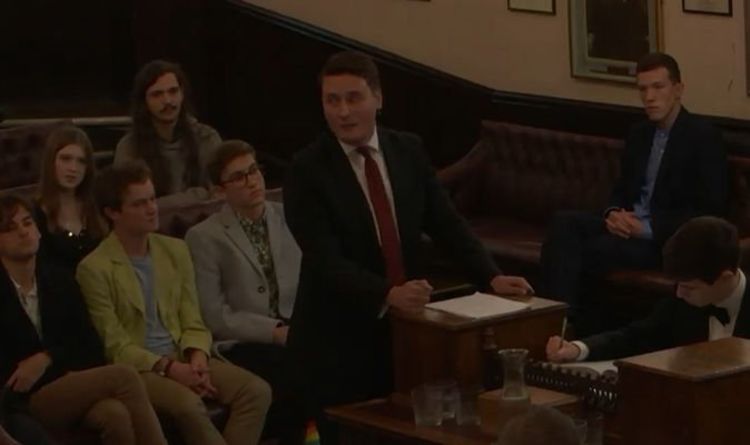 In his opening remarks on a debate about confidence in the UK Government, the shadow minister for child poverty added: “But that would be cheap, that would be wrong, and that’s not the sort of thing we do here – especially to a graduate of Durham, who’s probably already experienced rejection from this place in his life anyway.”

In his speech, Tom Harwood responded in kind, thanking the Union President “for providing a larger audience than I was used for the first two months on GB News”.

He said: “That was, of course, a joke I told to Wes at the Labour Party conference, which he shamelessly stole for the start of his speech.”

Mr Harwood went on to add: “I think we should turn to some of the arguments, not the personalities.”

GB News suffered from low ratings in its initial months of airing earlier this year.

During his speech, the Labour MP for Stepney described the Government as “fundamentally unconservative” – “in fact, it’s been a dangerously radical government, that’s eroded so many of the things that make this country great.”

He added: “This is a Government that has to be shamed into doing the right thing – it should never have taken Marcus Rashford to point out to a Conservative government why it was so obviously, morally, fundamentally wrong to allow children to go hungry in our country.

“This isn’t a Government that’s levelling up – it’s punching down on vulnerable children, their mums and dads, and that’s something that the government should be thoroughly ashamed of.”

“Listening to the Prime Minister, you wouldn’t think that there is a crisis at the petrol pump, no shortage of fuel, that there aren’t empty shelves in our supermarkets, or rocketing bills that are threatening households across the country.”

Mr Harwood later claimed that “the idea that after eleven years in Government you have to ascribe to every single policy of the previous 11 years is, I think, a fantasy.”

Mr Streeting continued: “I think it’s quite extraordinary that for the first time in modern political history, the Conservative Party have ceded the ground, ceded the claim to be a party of low taxes and low public spending.

“In fact, we’ve got the largest tax burden since 1945 and record levels of public spending – and what do we have to show for it? A record of failure and a tax burden that’s falling disproportionately on people on low and middle incomes.”

In reply, James Cleverly, minister for the Middle East and North Africa, said during his speech: “At every single general election that I can remember, the Labour Party have accused my Government of wanting to sell off the NHS.

“And yet, what do we see? The single largest investment in the NHS in its history, and they voted against it.”

He added: “In response to the single most catastrophic event I think any of us will hopefully have to live through, what my Government did was to pay the salaries of everybody that we were trying to keep alive, taking on board a level of debt which was, indeed, unprecedented in peacetime.

“We invested in the NHS; we moved quickly, and if mistakes were made, then I don’t regret the fact that we attempted to move quickly to protect the lives and livelihoods of the British people.”

Mr Harwood said: “Maybe it’s not more cash that’s endlessly pumped into this organisation that will make a difference, but potentially reform.”

The Labour shadow minister admitted that “we know we’ve got a lot of trust to win back as the Labour Party; we know we got a kicking at the last election, and we know we won’t win just by the Government’s failures meaning Government just falls into our lap.”

In his speech, Mr Cleverly responded by criticising the Labour Party for ignoring the Brexit referendum result, attributing it to the electoral loss that the party suffered at the 2019 election.

He said: “The most fundamental thing of a democracy is when you ask the British people a question, and they give you an answer, you abide by that answer.”

Later, he added: “What I don’t respect – and what I don’t think any people who believe in democracy should ever respect – is a political system where you ask people a question, receive the answer, and then try to ignore that answer.

“And so you should have confidence in Her Majesty’s Government because, at its most fundamental, we love and respect the country that we serve and the people of it – and I think that if you fail on that test, then any and all promises that you make are frankly suspect.

“If you don’t love and respect your electorate, you don’t have the right to govern.”