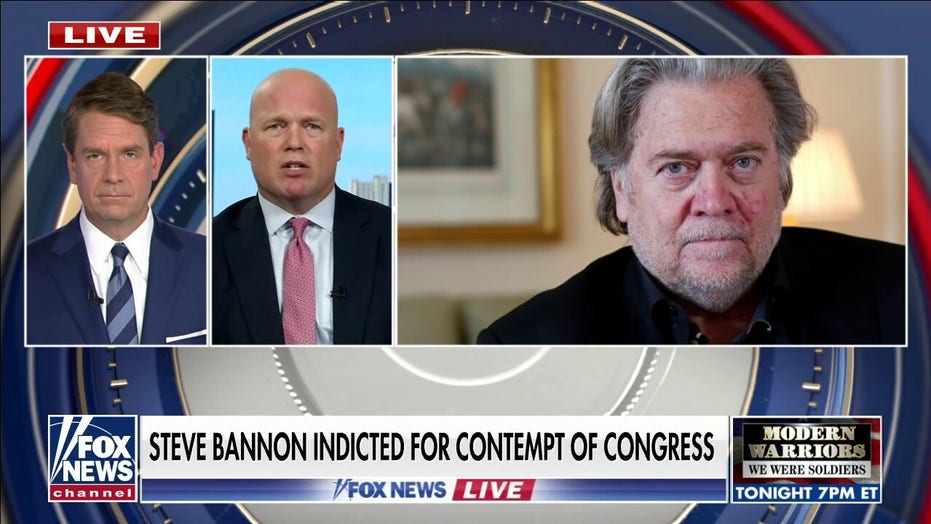 Matt Whitaker: Steve Bannon indictment ‘a serious abuse by the Department of Justice’

Though five years have passed since Hillary Clinton’s State Department IT aide brazenly defied two congressional subpoenas to testify before the House Oversight Committee, which I chaired, Bryan Pagliano has still never been prosecuted.

But in an unprecedented show of alacrity, the Department of Justice (DOJ) last week somehow managed to indict former Trump adviser Steve Bannon for the same charge in record time.

It turns out, congressional subpoenas can be enforced, but only if you play for the right team.

Last week’s hasty indictment marks a dramatic shift in Justice Department subpoena enforcement.  After allowing the Obama-Biden administration to run roughshod over congressional subpoena authority for years, everything has changed now that the Trump administration is in the crosshairs.

Make no mistake – congressional subpoenas should not be optional.  But in today’s DOJ there are two standards. In the Fast and Furious case, former Attorney General Eric Holder was held in contempt of Congress. DOJ did nothing.  With the former State Department IT specialist, the DOJ refused to enforce our congressional referral for prosecution. 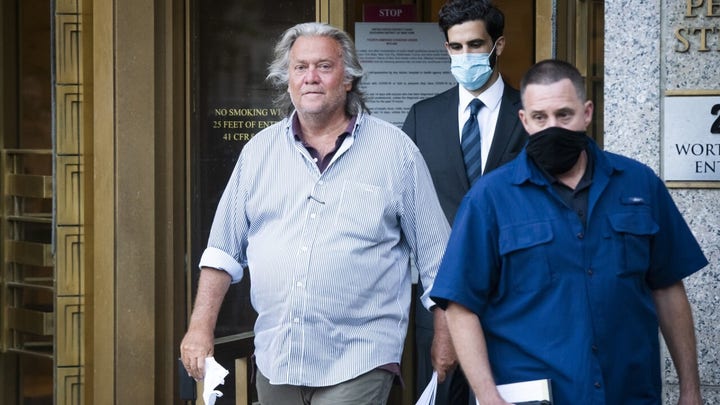 I issued a subpoena for Pagliano’s testimony in 2016.  He did not show up at the hearing.  I issued a second subpoena and had the U.S. Marshals serve him the paperwork so there was no ambiguity. Again, he refused to appear. Our committee voted on a straight party-line vote to hold him in contempt of Congress.

Pagliano’s failure to comply should have been an easy prosecution for DOJ. There was no executive privilege claim. He already had an immunity agreement in place, so he was facing no legal jeopardy. (Incidentally, Pagliano’s sweetheart immunity deal with the DOJ inexplicably contained no provisions requiring him to cooperate with any investigation – which is generally the whole point of an immunity agreement.)

Congress used to enforce its own subpoenas but turned over that role to the executive branch decades ago. Bad move.

A subpoena is only effective if it can be enforced. I implored both Attorneys General Loretta Lynch and Jeff Sessions to prosecute Pagliano to ensure congressional subpoenas would have teeth.

I pled with my Democrat colleagues on the House Oversight Committee to stand with me, understanding that one day they would be the ones seeking to enforce subpoenas.  None did.  Now they have suddenly found urgency and backbone for congressional oversight.

Perhaps the only thing worse than a DOJ that refuses to enforce congressional subpoena authority is a DOJ that only enforces it when one party is in power. That is political weaponization of the legal system – and it’s happening right now.

Congress used to enforce its own subpoenas but turned over that role to the executive branch decades ago. Bad move. 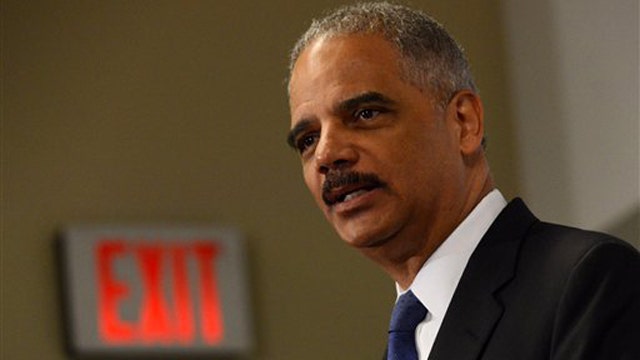 True, probing congressional oversight is feckless without subpoena enforcement. Usually the mere threat of a subpoena is enough to prod legitimate document production and relevant testimony. But during the Obama-Biden years, the administration simply stopped complying, counting on the Justice Department to look the other way. For Democrats, it worked.

In the Fast and Furious investigation, the Holder-run DOJ purposely facilitated the illegal purchase of nearly 2,000 firearms, mostly AK-47s, to Mexican drug cartels. A Border Patrol agent, Brian Terry, was murdered in 2010 with one of the guns from that operation.

Holder simply refused to comply with a congressional subpoena requesting documents about the famous gun-walking operation. The attorney general simultaneously claimed he never discussed Fast and Furious with the president even as he was claiming executive privilege.

Eventually, the DOJ was forced to release some embarrassing documents through a FOIA request. But again, Congress could never get to the bottom of that investigation because DOJ refused to do for Republicans what it is now doing for Democrats.

Now, the January 6 Commission has a friendly, sympathetic DOJ to enforce their subpoenas. Any notion of due process is out the window with this body, as Speaker Nancy Pelosi, D-Calif., made unprecedented rule changes to ensure complete partisan control of the investigation.

Unfortunately, because the DOJ refuses to equally apply justice, they further demonstrate they are political hacks rather than an organization of principle and integrity. No longer does Lady Justice wear a blindfold.

Democrats may be all smiles now, but when the day comes that voters take back their government and turn this subpoena authority back on Democrats, they may not like the consequences. That’s what happens when you think justice should only be administered to your political enemies.

15/11/2021 Politics Comments Off on Weaponized Justice Department's double standard – one rule of law for Dems, another for GOP
Markets