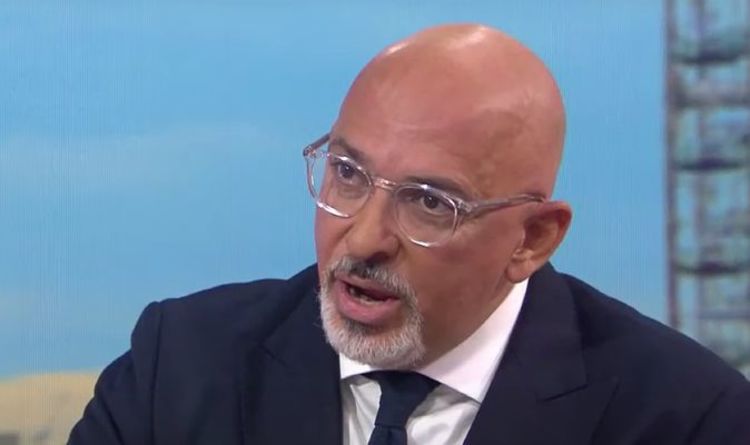 Nadhim Zahawi grilled on cost of living by Trevor Phillips

The Sky News anchor attempted to prize out a straight answer from Mr Zahawi as to what can be done to tackle the “catastrophic” cost of living crisis faced by millions of Britons through soaring energy bills, a National Insurance hike and rising tax. But the former Vaccine Minister made a considered effort to take the heat off the Government’s role in the crisis and turn the discussion into one about the importance of getting Brits into jobs.

The diversion prompted Mr Phillips to slam: “We can have an argument about GDP numbers but what I want to talk to you about is household budgets and what people feel like!

Mr Zahawi hit back: “What is the best way for people to cope with the cost of living? It is to have a job!

“We have the highest level of employment!”

But the comments left Mr Phillips in hysterics as he mocked the Education Secretary for his diversional tactics.

JUST IN ‘Decimation of our energy sector!’ Phillips slams Labour for ‘depending on IMPORTED fuels’

He slammed: “This is a great answer but not my question!

“I am talking to you about people who have jobs, who are in work, who are going to find there are hundreds of pounds coming out of their packet because of your tax rises!

But Mr Zahawi appeared outraged at the interjection as he demanded Mr Phillips to “let me finish” before going on to yet again to turn the issue into one about jobs.

He went onto claim those struggling are on “Universal Credit” and claimed the cost of living crisis, soaring taxes felt by brits and rising energy bills can be solved by getting a job.

A frustrated Mr Phillips then appeared to lose his cool as accused Mr Zahawi of continually “going off in a direction” rather than his question.

Mr Zahawi continued to claim jobs were the answer to the cost of living crisis as he kept up a defence of the Government’s handling of tax increases and soaring energy prices.

It comes as millions of Britons are bracing for massive energy price increases, compounded by the pandemic, Brexit and supply chain issues.

The cost of gas has spiralled across Europe and the rest of the world as demand has soared following the re-emergence of countries out of the pandemic.

Bills are predicted to soar by up to a whopping 60-percent by Spring as millions of Britons are concerned they will go cold over the winter months.

At a press conference on Tuesday, Prime Minister Boris Johnson said he “appreciated the difficulties” people are facing in light of soaring gas and energy prices.

09/01/2022 Politics Comments Off on ‘We can argue about GDP but what about home budgets!’ Trevor Phillips erupts at Zahawi
Markets